In Baden-Baden you will not only find a Harley-Davidson dealership and one of the most innovative customizers in Europe, but also one of the most modern Dynojet test benches for motorcycles this side of the Atlantic. In addition, there is also a competent team, which has already achieved considerable successes.

With a test bench the performance of a vehicle can be tested, which even non-professionals know, but experts can do a lot more with it. Almost like in a laboratory all possible riding situations and different speeds can be simulated while measuring probes inform about the respective mixture. Not too long ago we had carburettors on which the mixture could be adjusted with screws to a fatter or leaner mix. Not even 20 years later, we now have computer driven motor management systems, which now perform this task.

When the motor gets which air/fuel mixture and in which proportion is “mapped” as soon as the bike leaves the factory. With this installation, the machine has to perform in Timbuktu or in Germany, but individual requirements cannot be considered, as can’t the oxygen content of the air.

With an adapted mapping the motor can be further fine-tuned and matched to the requirements of rider and machine. Riders often want a smoother gas intake and, if possible, more performance, as well as an increase in torque.

Although Harley’s Milwaukee-Eight motors are already pretty finely tuned, there is still room for improvement and a better mapping. Most clearly the deficit can be seen in roundabouts or tight bends, which are mostly approached with lower speeds. The motor doesn’t get gas evenly and despite enough revolutions starts to jerk.

When converting the exhaust and/or air filter a new mapping is advisable.

If a bike gets a new exhaust or air filter, the mapping should be adjusted. With a different exhaust the pressure normally changes and with a new air filter also the oxygen supply for the mixture. The basic stock mapping of course only applies to stock pipes and filters. Therefore, changes to the hardware also necessitate adjustment of the software, which means results can be achieved that are clearly better than the stock mapping.

Without any further motor tuning the performance, depending on vehicle and motor, can be increased by 10%, or in an ideal case even by 18%.

If you are thinking to also adapt the hardware, it is possible to get more performance from a V2. The mapping needs to be adjusted when: 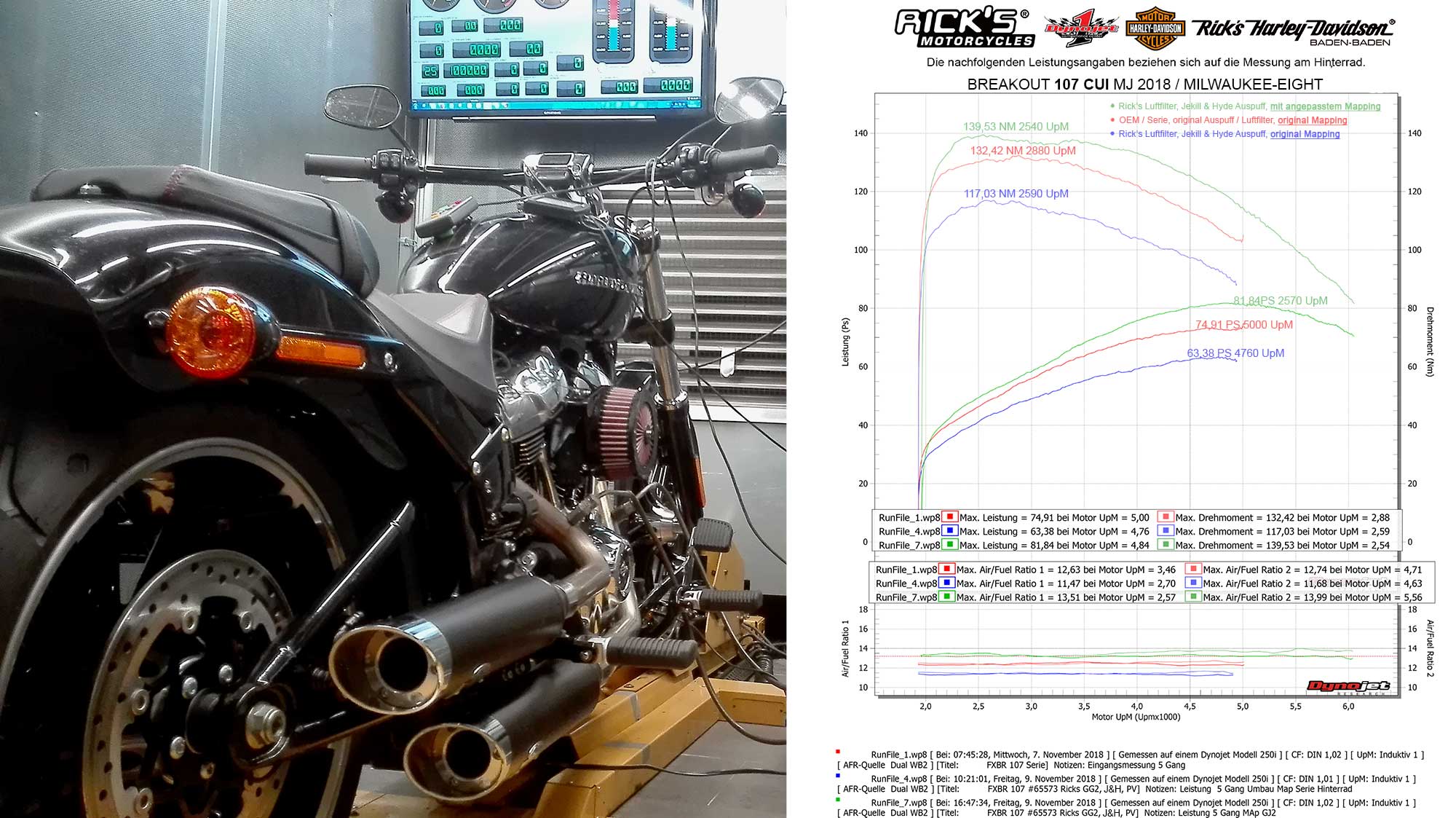