Since its market launch in summer 2021, the Harley-Davidson Sportster S has given great excitement to the Harley scene! Rick’s Motorcycles already has developed many new parts especially for this model, which have been welcomed with ovations in the social media and the trade press. With the „Blackberry“, the Baden-Baden-based company is offering a new „variation of the theme“ that doesn’t have to hide behind the already introduced XR 240. 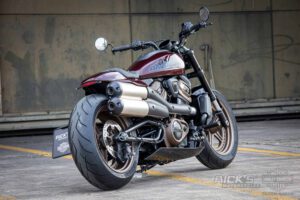 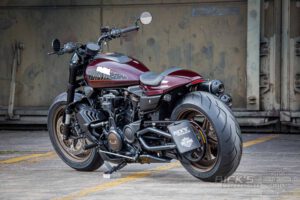 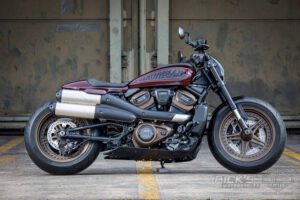 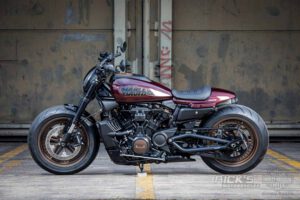 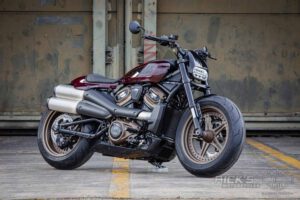 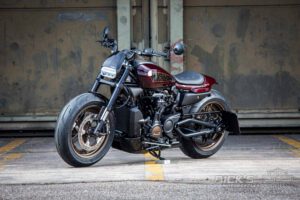 Again, only Rick’s-made brand new custom parts for the Sportster S are used exclusively on the „Blackberry“, which did retain the stock paintjob. The front mudguard is 3D laser-cut from steel by Rick’s and characterized by maximizing fitting accuracy. The stock mounting points are retained for installation. The Rick’s shop offers the full metal front fender in two versions: The „Street-cut“ version with slightly „slimmer“ lines and the „standard“ cover with a more dominant contour and slightly bigger cover for the front wheel. In addition to the fender, Rick’s Motorcycles has equipped the ride with a set of Rick’s design wheels in stock OEM dimensions. Here, the classic Rick’s three-piece „Apollo 5“ design was chosen from the numerous wheel designs offered by Rick’s Motorcycles.

There are also some innovations at the rear wheel. One particularly annoying element has been removed: Of course, we are talking here about the massive bracket that stretched over the rear wheel in the stock bike, international homologation base for lights and license plates. Much better, and street-legal too – Rick’s sidemount licence plate bracket is specially designed for the Sportster S and does the job with a much cleaner look! The licence plate base plate with a matching design has been added too: The massive german licence plate is easily inserted into the base plate and fixed in place. There is no need to drill holes in the licence plate. 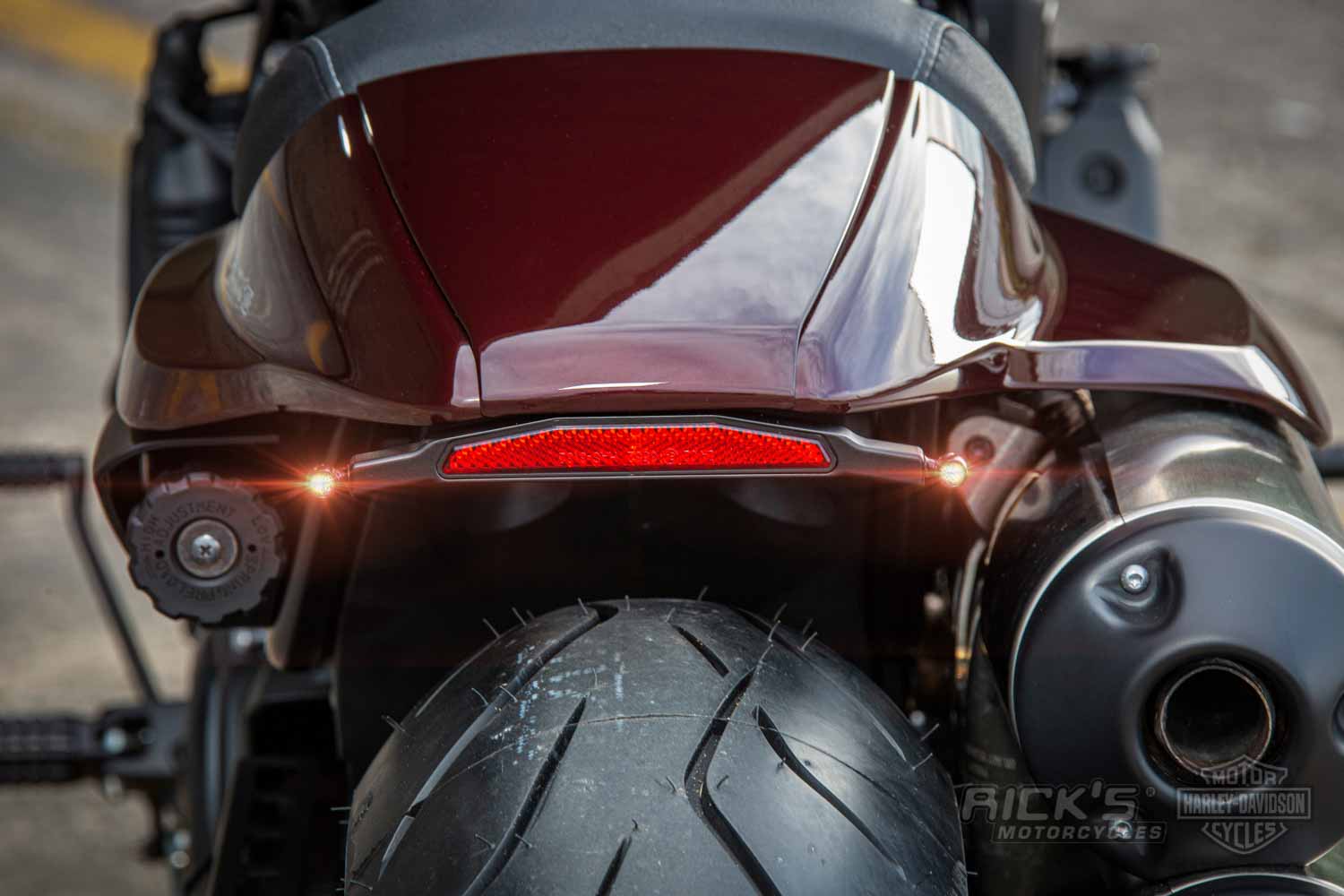 For the lighting, the stylish Kellermann Atto were used for the „Blackberry“ on both ends. At the rear, they are installed on Rick’s innovative indicator bracket, specifically designed for the Sportster S. The rear reflector, which is mandatory in Germany, is already in place where it needs to be. Thanks to the 3-in-1 function of the rear „Attos“, you’ll have turn signal, tail- and brake light in one clean housing. The Rick’s part has ECE approval mark and thus is legal to use on the road all over Europe. At the front, the turn signals are located under the fittings. The Attos are mounted with Rick’s brackets, also developed for the particular demands of the Sportster S models: They are installed to the standard mounting points. 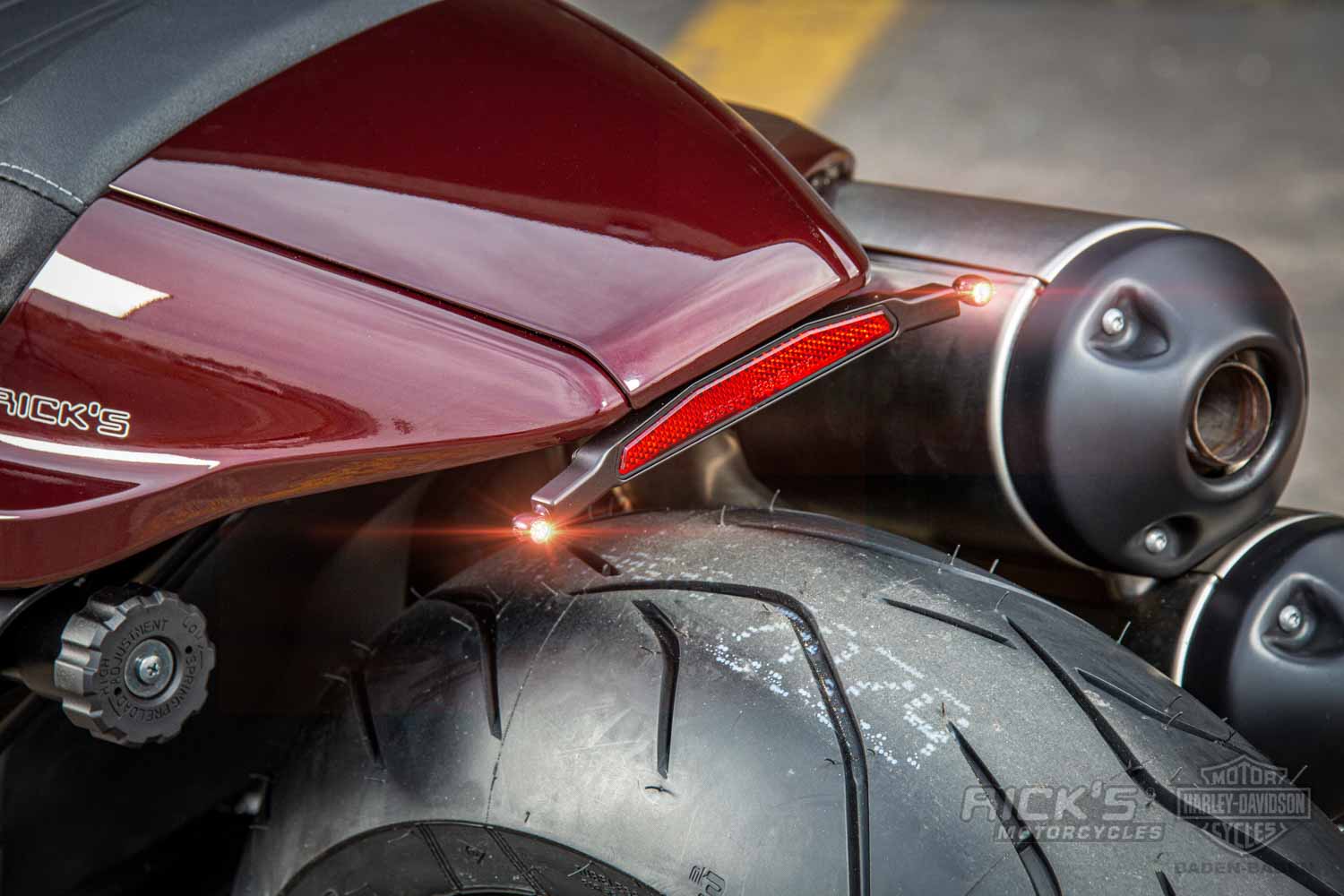 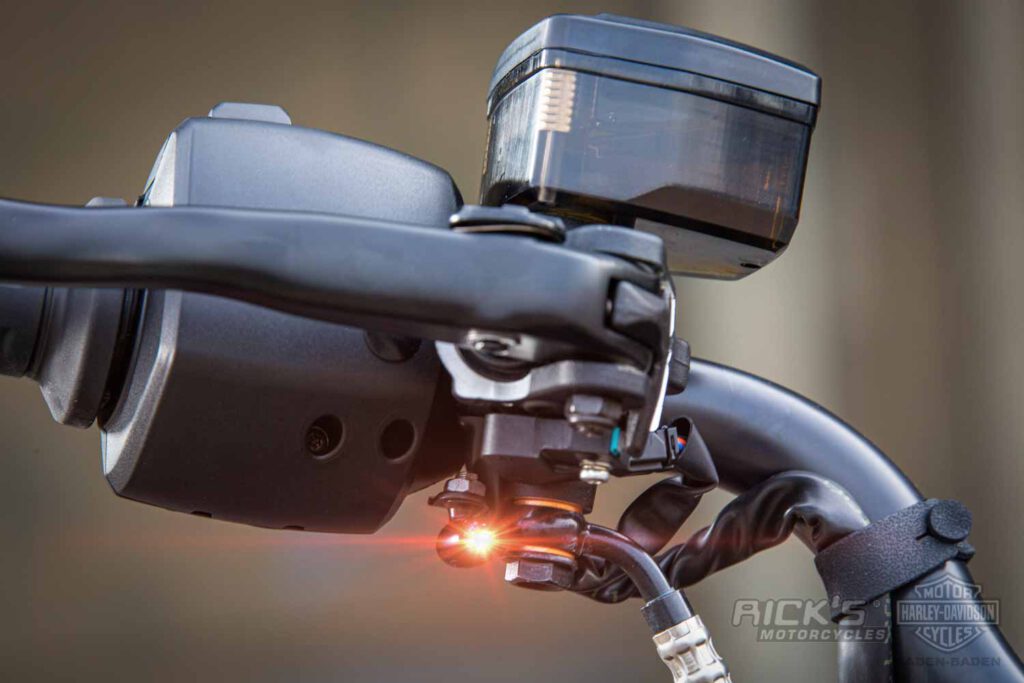 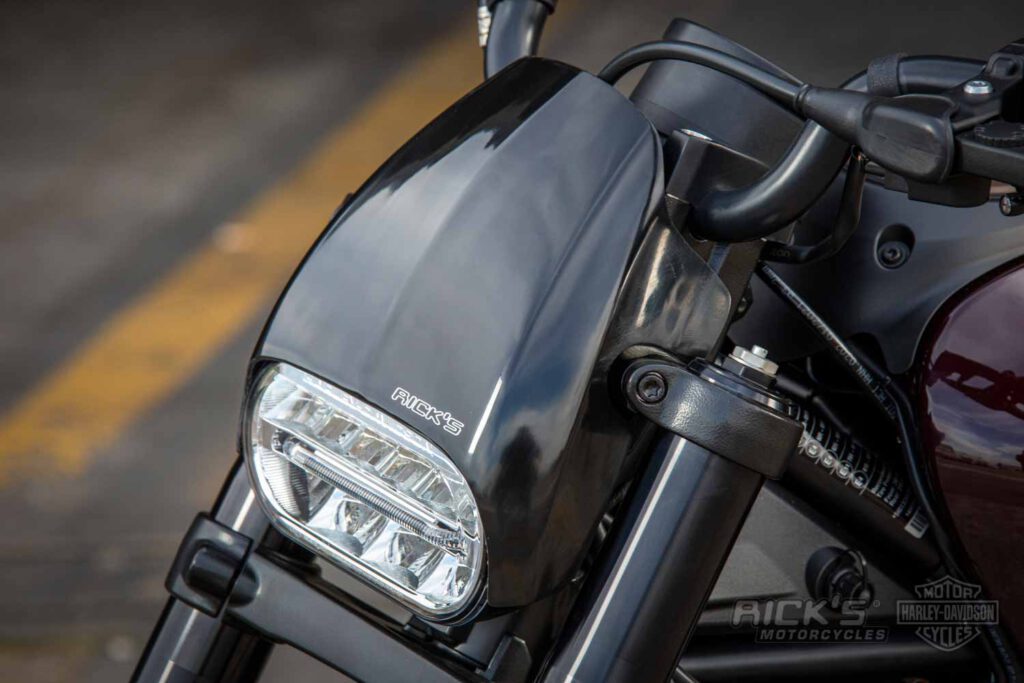 Another, inconspicuous looking but stylish, detail on the „Blackberry“ is the Rick’s belt guard. The plastic version of the series simply does not fit to the high-performance look of the customized Rick’s Sportster S. Rick’s Motorcycles already offers this cover in stainless steel version, coated in black. Footpads in AK 4.7 design are also from the Rick’s Motorcycle program.

Anyone who is interested in customizing his or her „Sportster S“, thinking about various customizing options available, should keep an close eye on the Rick’s Motorcycles websites or webshop – a very close eye indeed: In Baden-Baden, they are already working on developing many more parts and components for this model…