A white Shade of Sportster S

“Standstill is a step backwards” – this is one of the iron-cast principles of Rick’s Motorcycles – and not just because this Sportster S conversion from Rick’s again brings new and sophisticated customparts for a fairly new Harley-model. Can’t sleep at night? Well, that can happen: Some details on the standard „S“ did not let the Rick’s team rest until one of the typical “Rick’s solutions“ – visually upgrading the desired „clean look“ and on top some additional technical improvement – was found. Announced in the product flyer for the Sportster S, the two innovations were presented, yet introduced only as CAD sketches, as R&D was still under way. Now, here they are: already installed as Rick’s production series parts! 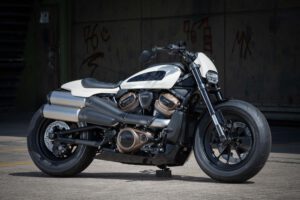 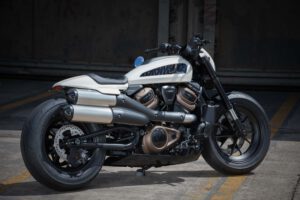 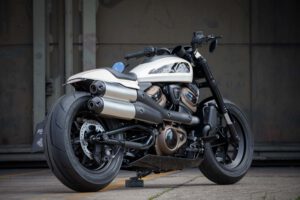 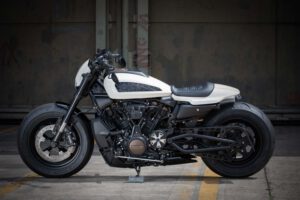 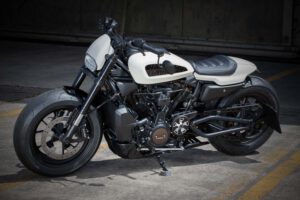 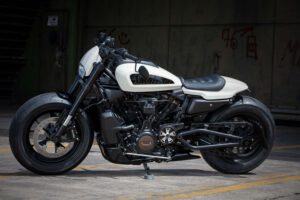 We are talking about the Rick’s Sportster S „Cable Guard“ cover on the right-hand side of the swing arm and the Rick’s Sportster S / Nightster Oil Cooler Cover.
Let’s start with the latter, because especially on the Sportster S it is somewhat strange that the quite prominently visible oil cooler, attached with three screws to one of the warmer sections of the lower engine casing, has been somewhat „neglected“ visually. Not only is the surface of the cooler, let’s say it politely, “natural metal” – there are also various part numbers and a QR code printed on the silver body of this important component in the motor oil circuit. Looking onto the new RH 975 “Nightster”, this part is mercifully covered by the bulky exhaust pipe of the front cylinder, but the new Rick’s cover fits here too. In addition to the definite visual improvement in engine matching matt black color, the Rick’s-made stainless steel part offers additional cooling surface and ensures optimised air flow through purposefully placed machined openings. A typical Rick’s detail, specially tailored to match the Sportster S and Nightster designs.

The second new part worth introducing „cleans up“ the look on the right swingarm side of the Sportster S AND additionally protects both the hydraulic line to the rear brake cylinder and the accompanying ABS sensor cable. To state the truth: The Sportster S’ protective underbody spoiler and the solid two stock clamps don’t really put either of the lines at risk, but on the left swingarm side Harley-Davidson has already bolted a similar cover to the swingarm to protect the electric wiring harness cables to the bulky stock light/turn signal/number plate bracket/bridge (which on this custom conversion has been already removed…). Rick’s stainless steel cover – black matt coated – is just the logical addition and it is fitted to the original mounting points in a matter of seconds. Looks good and protects – good stuff! 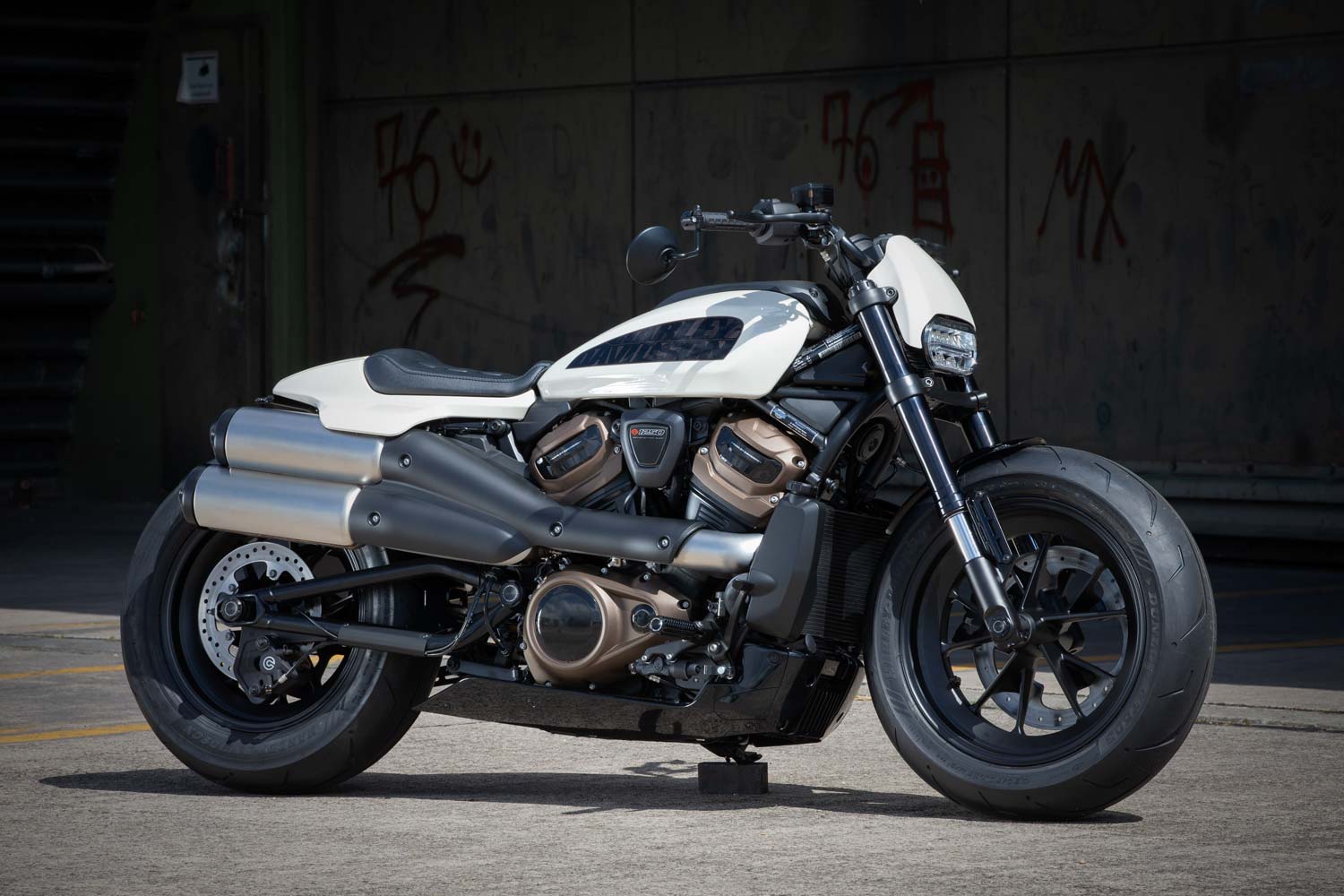 The direct comparison with the stock production bike brings it to light: The effect of the Rick’s Sportster S covers for wheel and swingarm axles. They sure make a difference! Especially the “Premium” covers with particularly detailed CNC-machining and laser engraving as used on this project. The entire Sportster S “Premium” Cover Kit is installed, consisting of the top fork covers, front and rear wheel axle covers, right and left swingarm axle covers, radiator cap cover, turnknob for rear suspension adjustment/shock absorber and the conical front wheel distance, filling the existing gap between the wheel and fork on the right side with genuine „Rick’s style“. 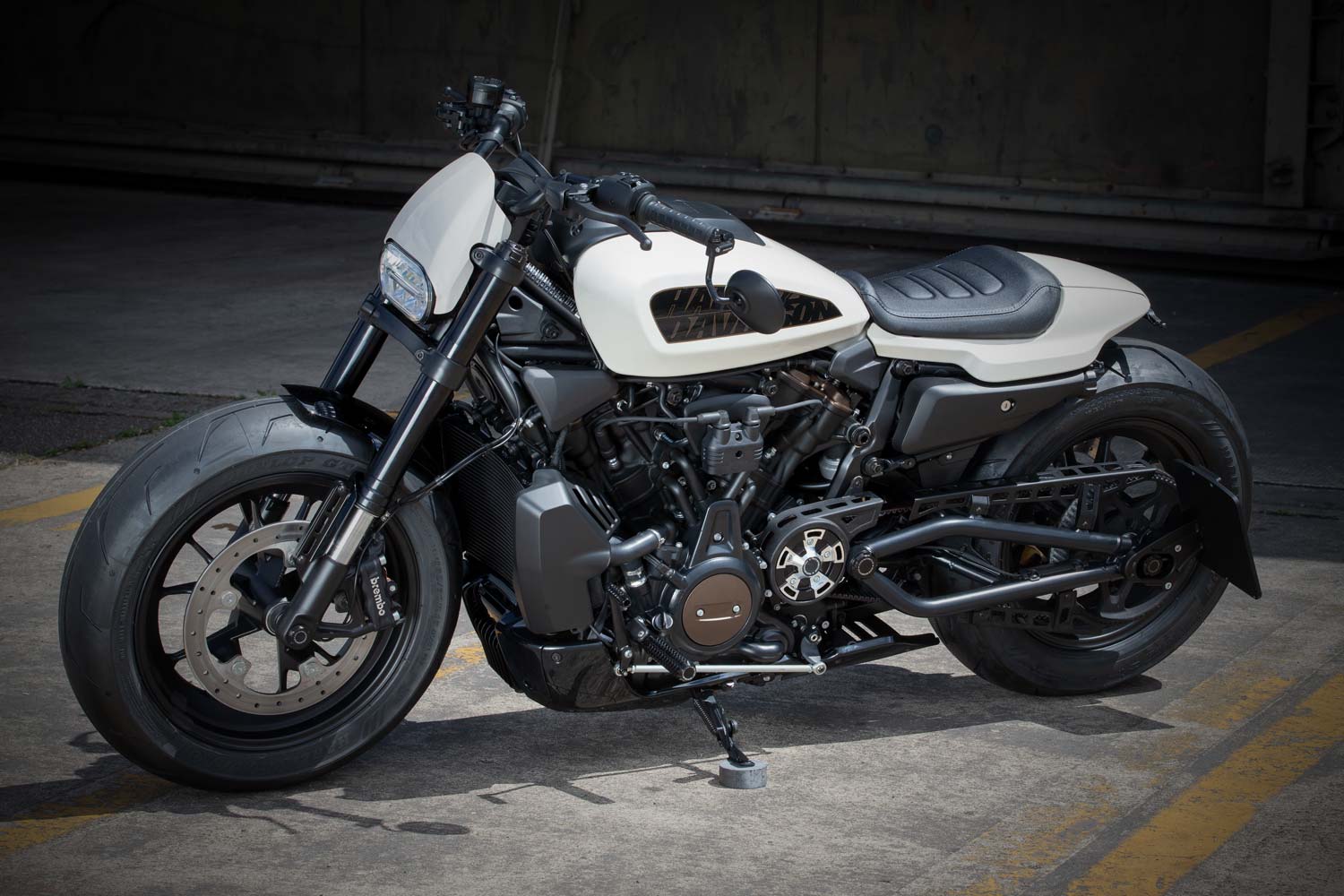 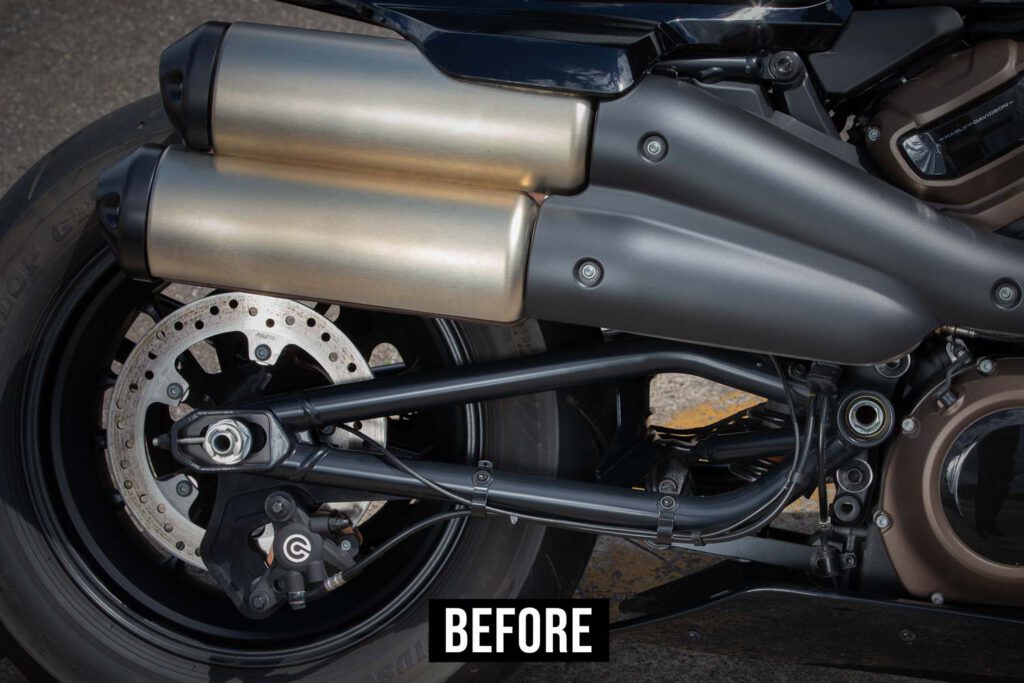 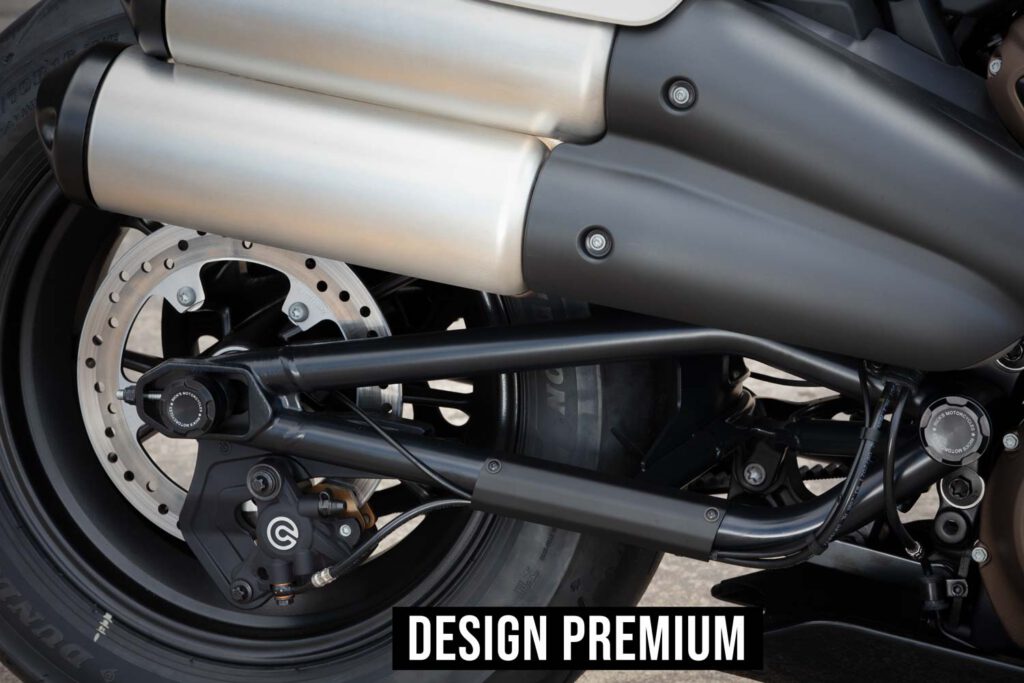 For the most parts remaining, the stylish conversion follows what now can almost be described as “Rick’s Standard” for an upgrade for the stock Sportster S by Harley-Davidson Baden-Baden: Sportster S indicator bracket kit with Kellermann “Atto” 3-in-1, sidemount license plate conversion, top and bottom belt guards, Rick’s Sportster S pulley conversion at the gearbox exit allows the rotation of the front belt pulley become „visible“ – and the stock footpegs have been swapped for Rick’s AK 4.7 pegs and shifter peg. At the front end, Rick’s headlight mask protects the instrument and the turn signals literally “vanish” into the super-clean Rick’s handlebar-end turn signals which – good news ¬ also fit on the “Nightster” models. The handcrafted Rick’s sheet metal fender, which fits tightly against the front wheel, further adds to the clean look – clearly evident here in comparison to the stock Sportster S as it rolls off the assembly line.

The fact that the Rick’s team (definitely!) did NOT go “over the top” with this conversion – i.e. new Rick’s design wheel set, maximum rear tyre width, Rick’s handlebars, grips and adjustable levers – makes the difference to „stock“ all the more striking. Fact to be mentioned: Many parts are very easy and “bolt on” to install – and just one set of Rick’s Sportster S Covers in “Premium” or “Smooth” finish surely makes a significant difference. Not just on „A Whiter Shade of Sportster S”.

For more questions and infos »

All Sportster S Parts in our Shop »