For the 2013 season Rick’s built one of the many noted Custom Chrome Europe “Bolt on and Ride” bikes, which are exposed worldwide in many custom bike magazines and appear during the season at all important events. 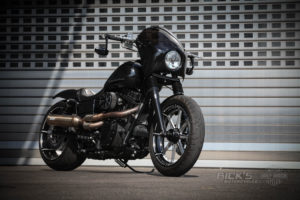 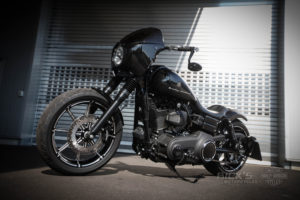 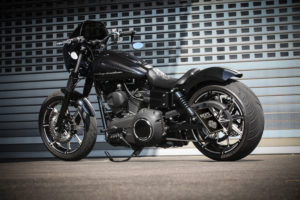 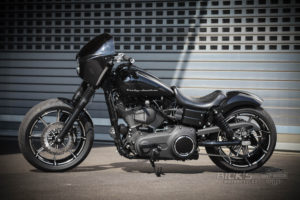 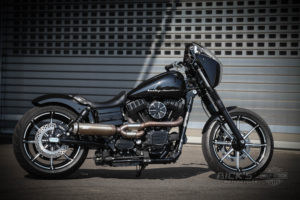 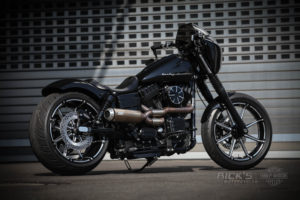 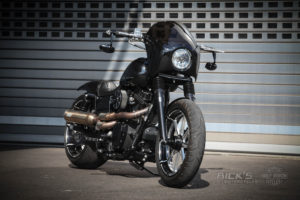 As one of the definitive Street Bob specialists, Rick’s was of course first choice for the creation of the 2013 “Bolt on and Ride” FXDB. The specification came from the CCE technical department, that’s why on this bike there are no Rick’s wheels, but RevTech “Velocity” wheels from CCE’s own program. The 8-spoke design is reminiscent of similar cast wheels from the 70s XLCR Cafe Racers, which also in terms of colour and handlebar fairing contributed to this conversion.

The latter is from custom legend Arlen Ness, who used this “ribbed” fairing on many Ness customs, and with the TV series “Sons of Anarchy” many new sales records were broken for this classic part as many “gang bikes” had mounted this Ness fairing. 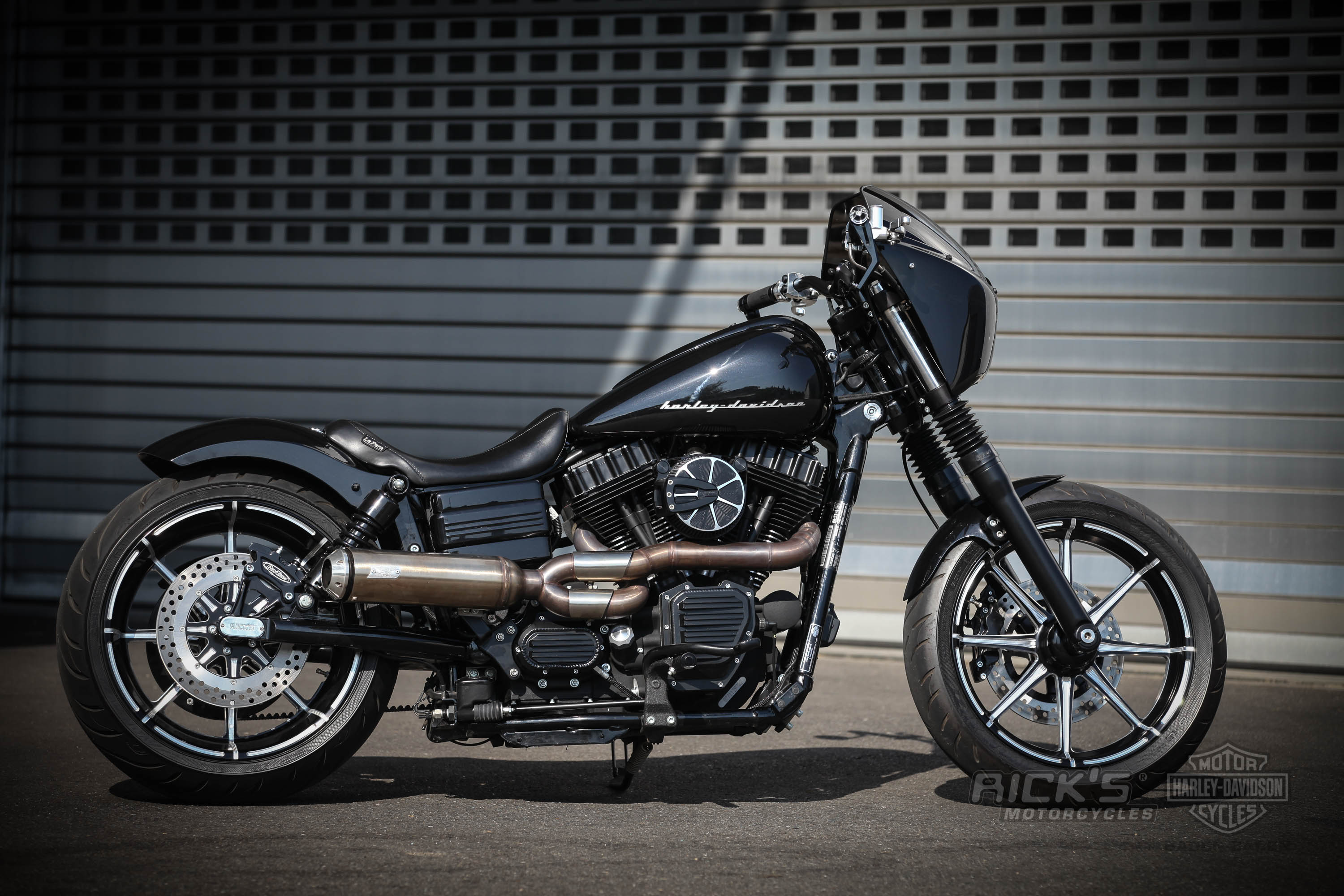 What looks like a horn, mounted on the left engine side, is an innovative JIM’s additional radiator cooler: the “Forceflow” cylinder head cooler reminds us of Harley’s classic “cow bell”, turned 90 degrees, but is an additional ventilator in critical high temperature situations, which automatically kicks in, but can also be operated manually. The horn function is additionally offered in this part!

Rick’s team customized the Street Bob with Rick’s typical love for detail and highest quality. A happy Rick’s customer rides the bike now on German roads – and has bagged himself a real classic…