Harley-Davidson’s FXDB is considered to be a riding machine: handy, good chassis, no unnecessary bits and pieces – that’s how the Street Bob can be best described. 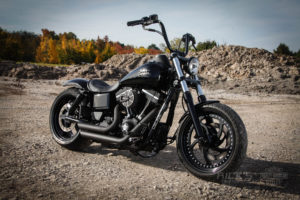 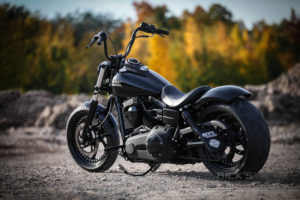 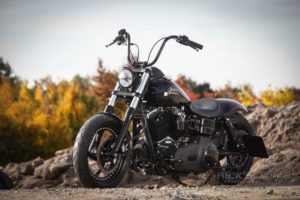 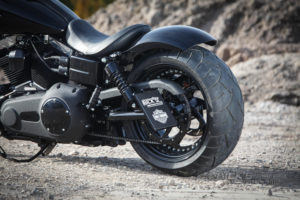 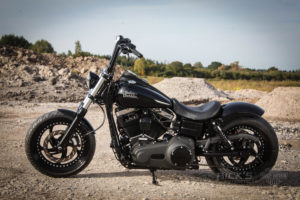 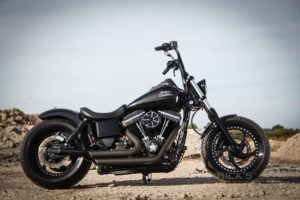 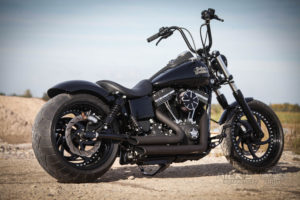 With 78 hp it is a strong bike, especially because the power comes from the lowest torque. If you think that the FXDB is not a good customizing canvas, however, you’re wrong, and you don’t know Rick’s team: shortly after the introduction of the Street Bob the first examples rolled on Rick’s wheels and during the “Black & White” photo session in 2013 two cool conversions stood in front of the camera.

“Black” rolls on a set of “Bob” design wheels with matching brake discs and pulley. A Rick’s Motorcycles Dyna 260 swingarm allows a wider 260 Metzeler at the rear. At the front is a 130 on an 18” “Bob” wheel. Both fenders were made by Rick’s team from steel sheeting and the stability of Rick’s components allows double usage of the front fender as fork stabilizer. And taking a passenger has never been a problem on Rick’s massive rear parts! Optically the rear part and seat form a unit with the stock tank and the wide handlebar allows relaxed as well as speedy getting around on the bike.

The 96 Twin Cam was equipped with Rick’s “Good Guys” air filter and the Vance & Hines exhaust system ends just in front of the rear rim. Otherwise the chassis remained stock.

The grips are from Rick’s catalog, and in the year of customizing it (2012), Kellermann indicators were all the rage, for which Rick’s developed clean looking adapters, which are still being used today. By now “Black” should have quite a few kilometres on the tacho: this bike was born to be ridden – and customized to ride. A rear Rick’s Dyna highlight! 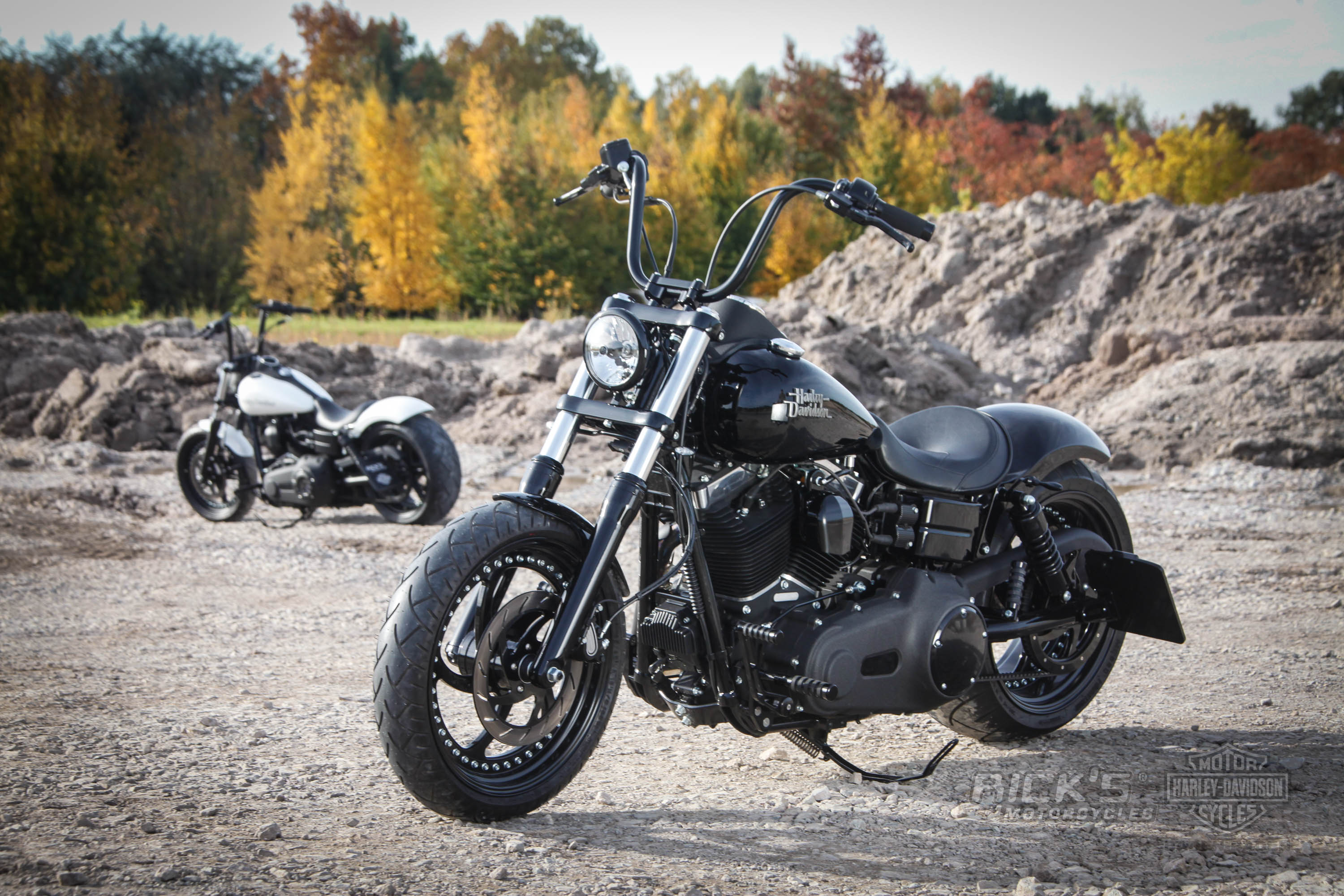 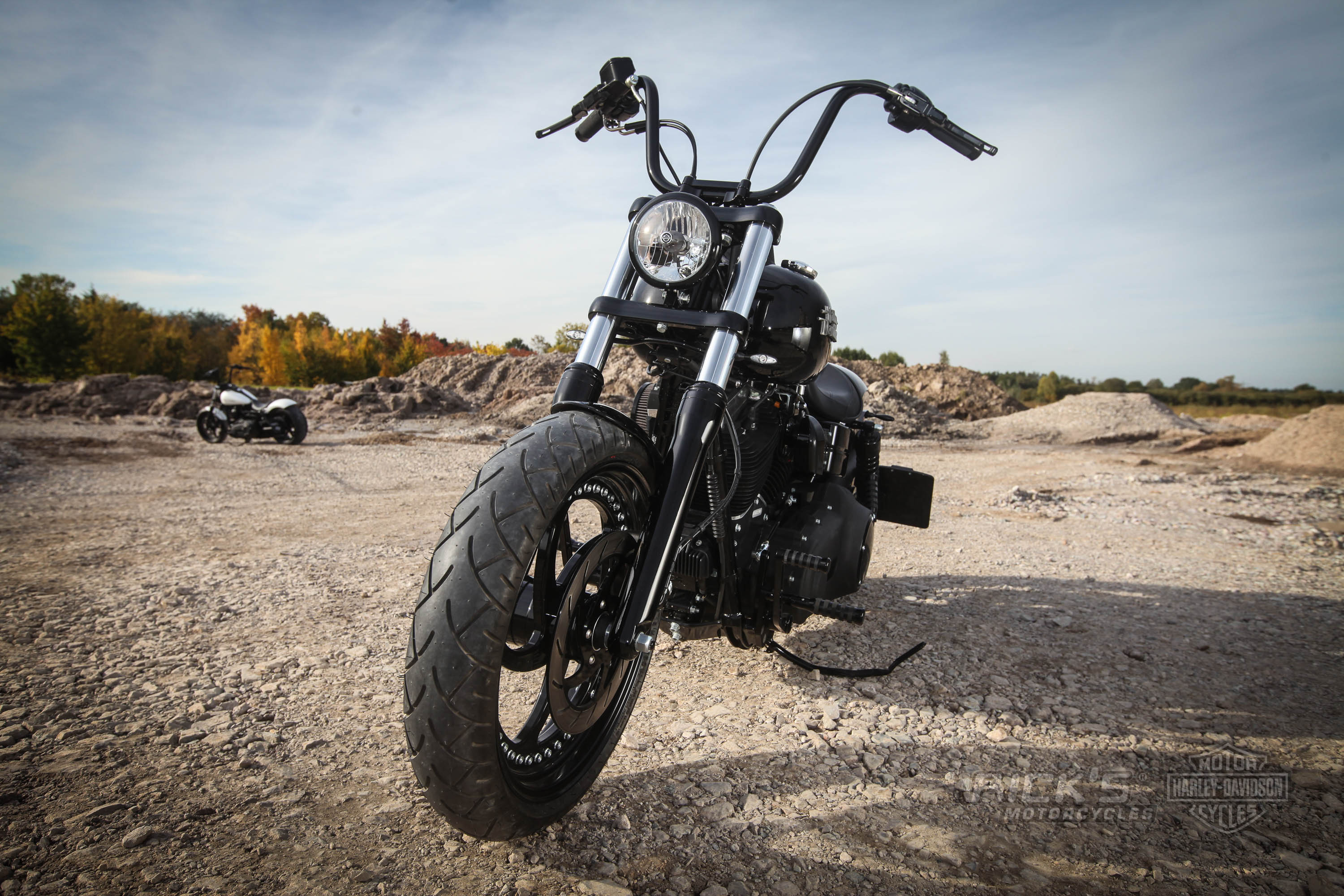 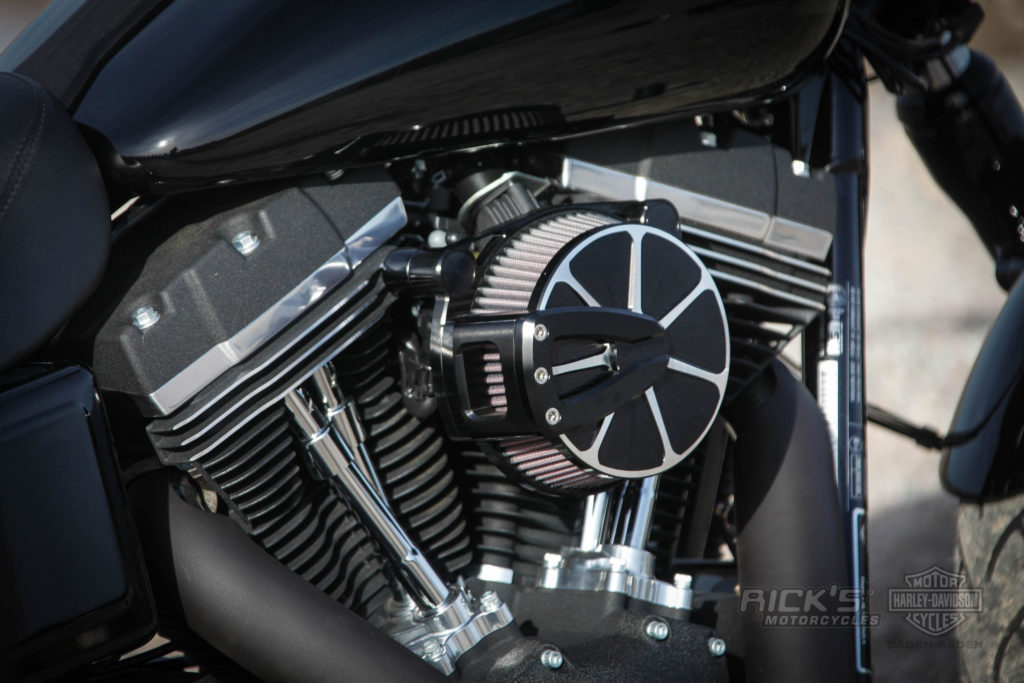 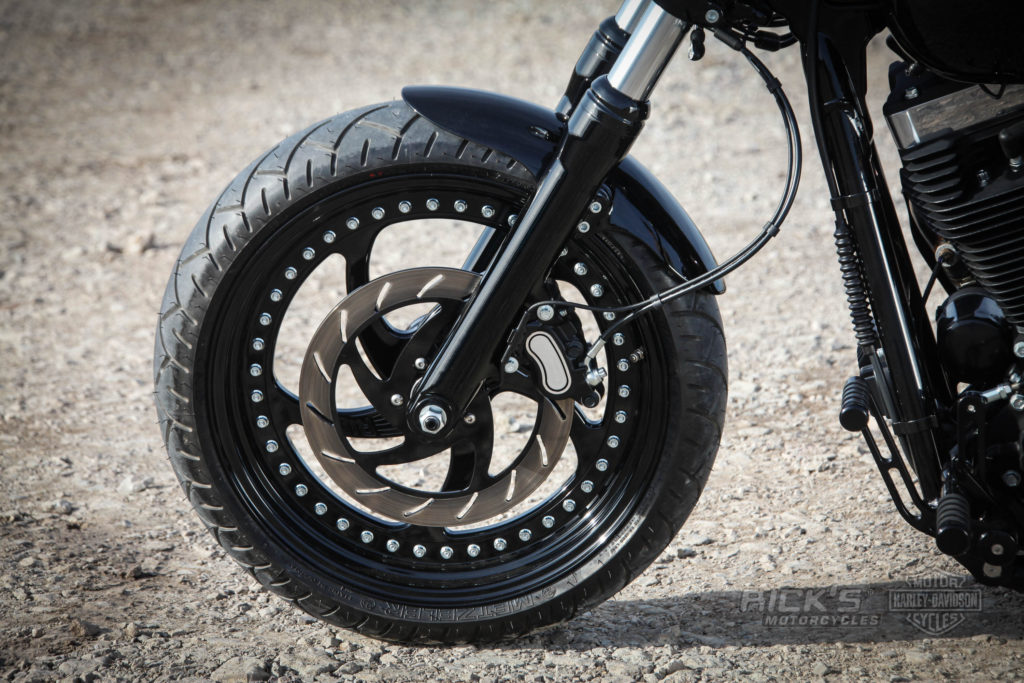