Rick’s is mostly known for innovative high-tech customizing. With the 48 he tackled a best-seller from the Harley-Davidson portfolio in order to give it a clearly more individual look. To alone install the 240 tire at the rear, a whole series of steps were necessary. It started with widening the swingarm, which is stabilized with an additional bottom strut, up to the offset pulley, which takes the drive belt past the wheel. Many other features not only make a real stunner out of the stock 48 bike, but also a very special fun machine to ride. 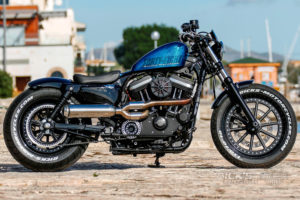 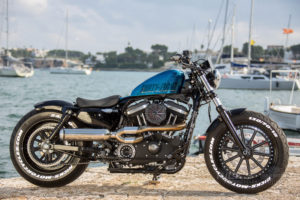 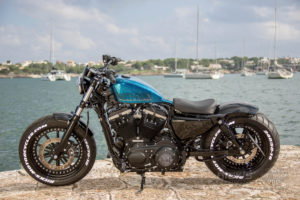 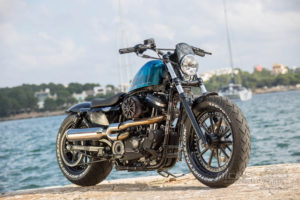 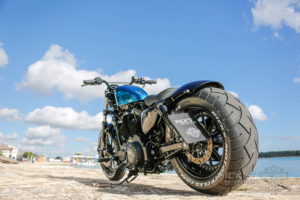 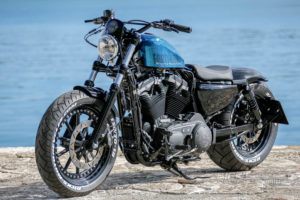 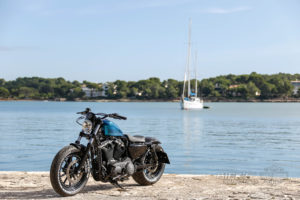 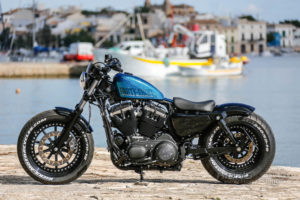 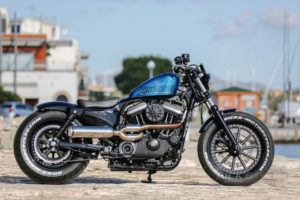 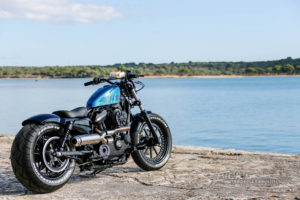 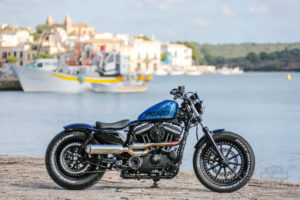 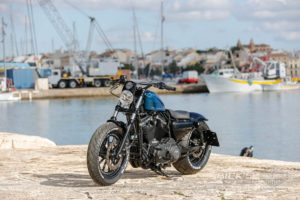 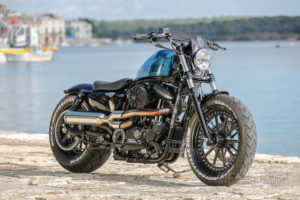 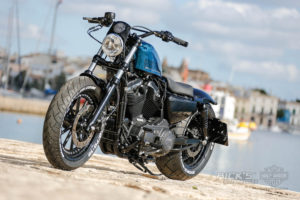 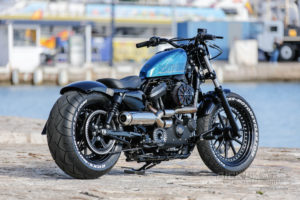 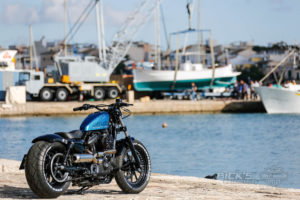 Even if Rick’s today is an impressive Harley-Davidson dealership, the roots of the company are in customizing. Long before the Bar & Shield graced the entrance door, the crew’s aim was to make something good a little better and above all more individual, and they stayed true to this passion until today. To swim against the tide and therefore set new trends is a way in which in Baden-Baden projects of this kind are created. While everywhere the filigree lightness of the Sportster models is appreciated, at Rick’s they take a different approach. Don’t worry, the time of the rubber monsters at the rear is over and is also not revived here. But to implant a 240 tire into a Sporty can be risky. We have used the opportunity to ride some kilometres with this Fort Eight and were more than impressed by its agility. 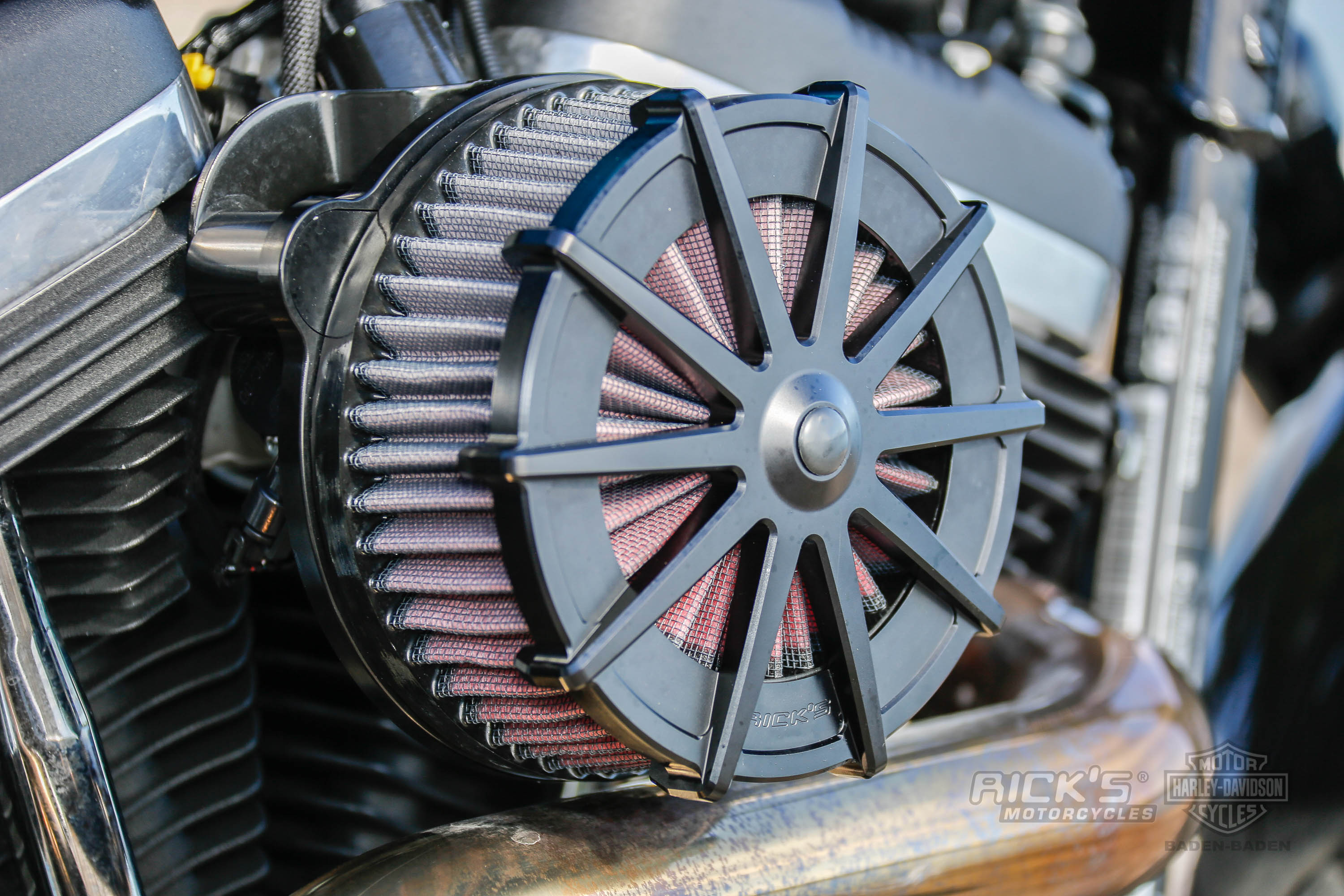 If one knows Rick’s custombikes, one too knows that there are no “off the peg” parts, which consist of numerous bolt-on parts  of other accessories manufacturers. As far as possible also this Sportster was equipped with parts from Rick’s program or the parts were specially developed for it, and so the fat rear tire could not simply be inserted into the stock rear. This step alone has had all sorts of consequences. First the swingarm had to be widened for this dimension, and the belt drive location had to be changed too. For this Rick’s developed an offset kit which relocates the belt and leads it past the tire. The original fender  now doesn’t fit any longer, and the metal sheet workers had to make a new one. By now the stock seat doesn’t fit any longer either, which, however, can be changed in no time at all. And of the course the tires don’t fit onto the stock rims any longer and instead run on 16 x 7,5 inch at the rear and 18 x 3,5 inch at the front. Both wheels were created in Baden-Baden and are from the “Steve” design line. 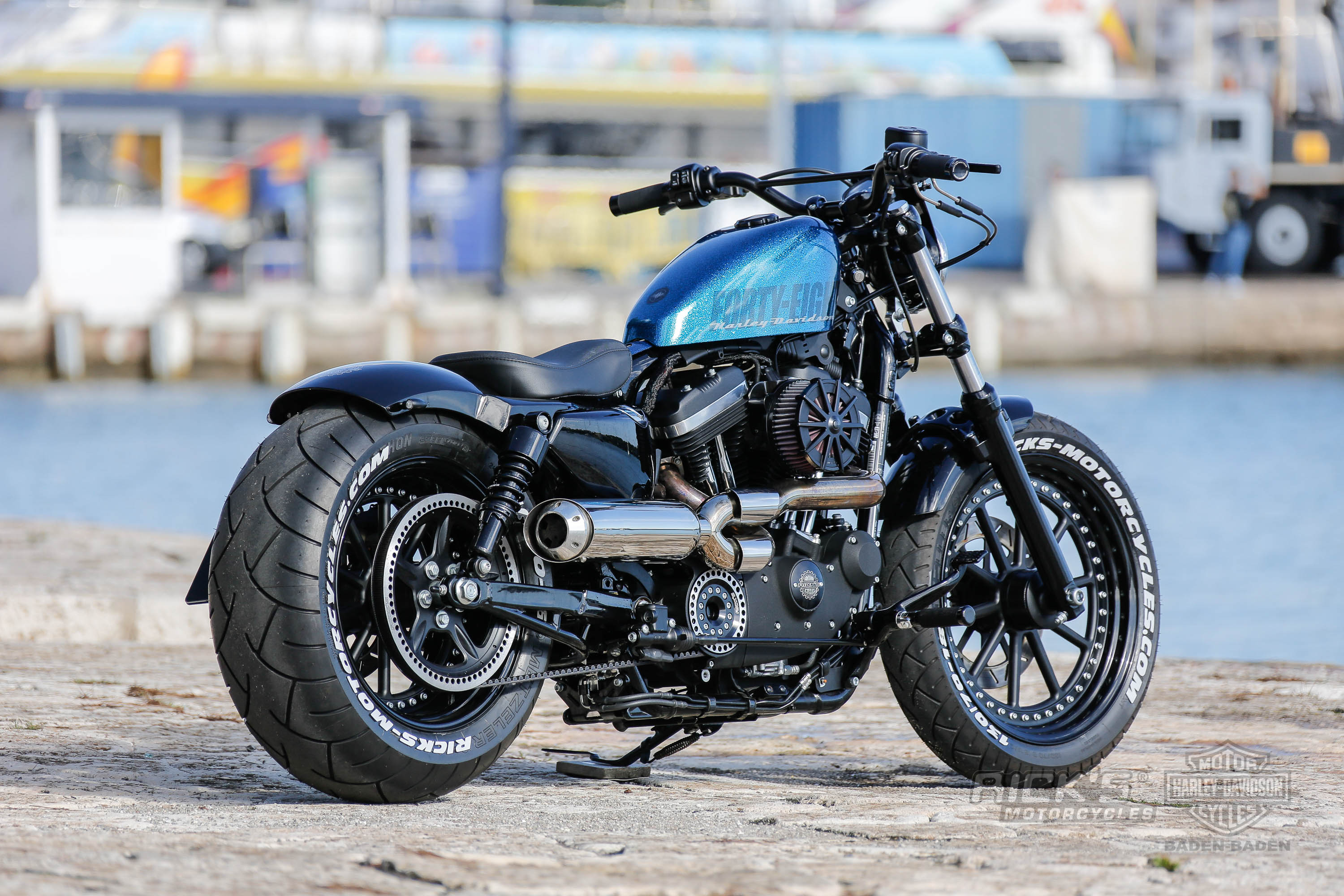 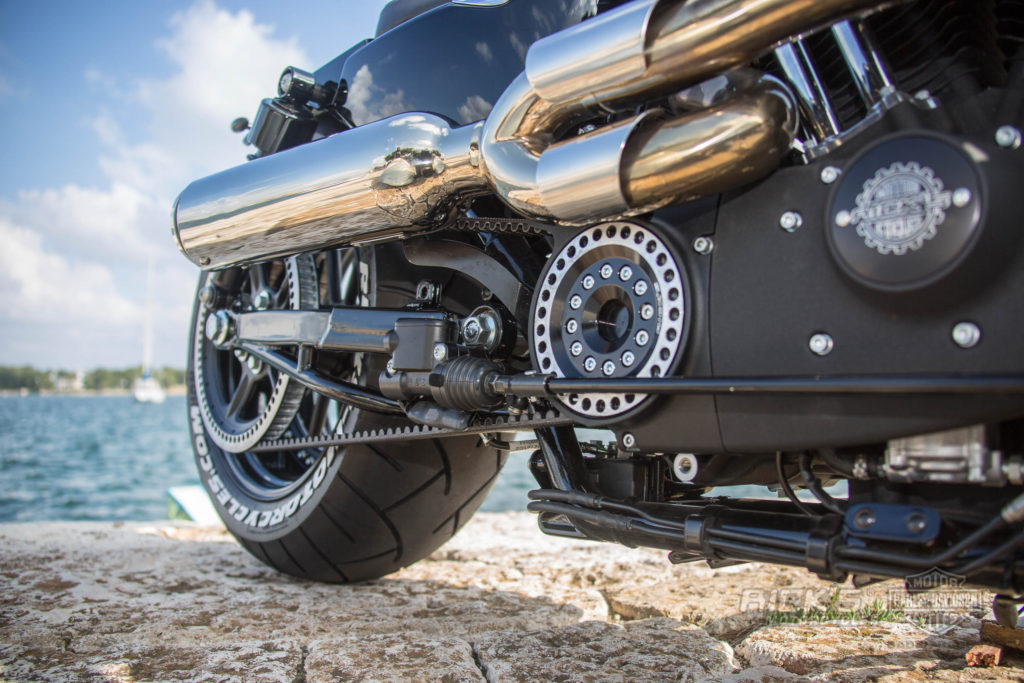 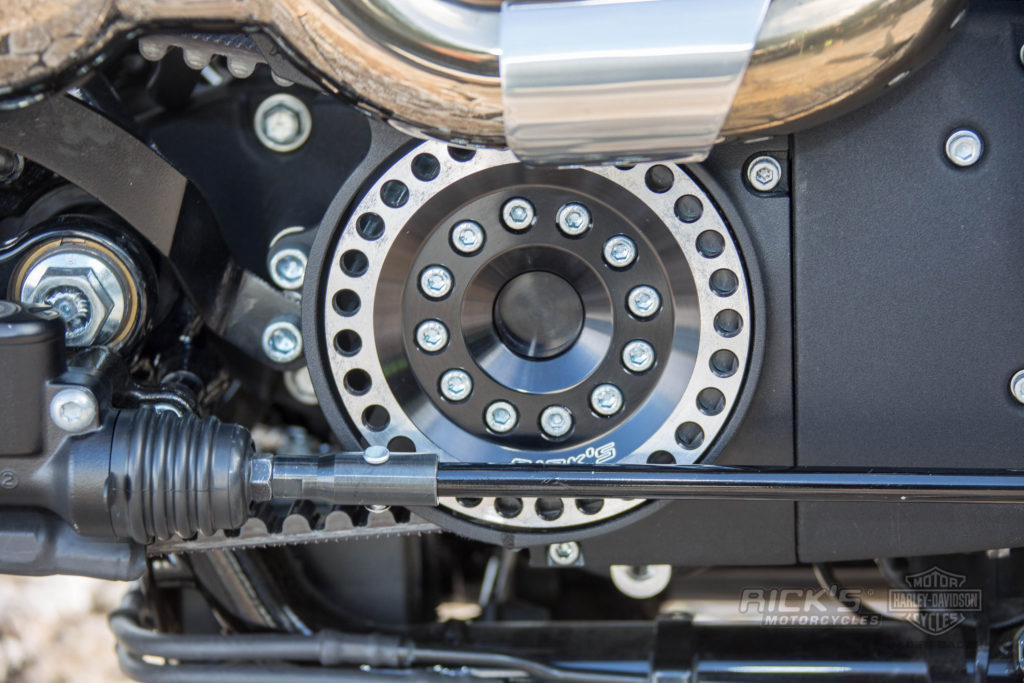 With this the largest part of the conversion has been described, but also a look at the many details shows that there was much added, for example the air filter, a small but often underestimated detail, which is clearly more than a pretty accessory because the air intake can be optimized considerably, and by now Rick’s latest generation filters are real high-tech works of art. Together with the exhaust system, in this case from BSL, and an adapted mapping, even the performance can be increased considerably.

Many other accessories like brake lever, grips, foot controls, side licence plate holder and more are also Rick’s Motorcycles own creations that can easily be spotted.