Actually, the customizers from Baden-Baden just wanted to be the first to give the Factory’s new bike a more individual look, but in reality Rick’s Motorcycles was worldwide the first company to present a pimped Roadster. A call from Harley-Davidson should ensure that this wouldn’t be the case for too long. 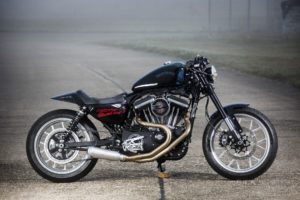 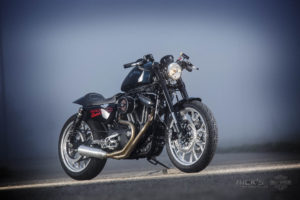 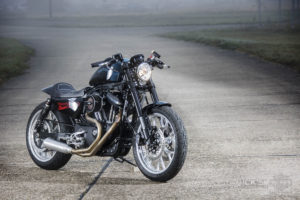 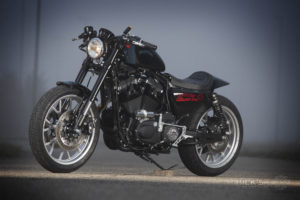 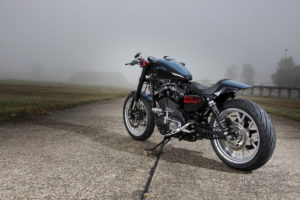 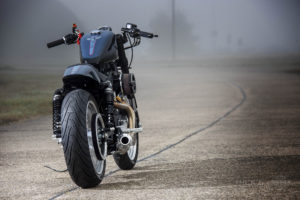 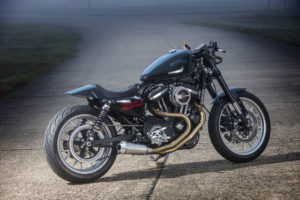 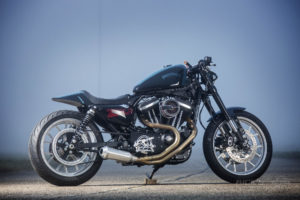 The question was if we would be interested to participate with the Roadster in the Essenza Sprint Race, and in terms of bike modifications almost anything would go, apart from wheelie bars and similar dragster accessories. A challenge in the spirit of Rick’s and the boys, and it didn’t take three seconds and a “yes, we will do it” to get their thinking caps on.

OK, the Roadster displayed a sporty chic, and the brand-new rear, in Y-spoke design, Rick’s tachometer housing and many other features made a real looker out of the stock Roadster, but a power increase wasn’t really on the agenda, because the performance of a stock Sportster is usually enough to get by in town. Before starting to dismantle the freshly customized Sporty, a Stage 4 tuning kit was ordered. This contains new pistons and heads and a new manifold. The BSL exhaust system was exchanged for a 2 into 1 from SuperTrapp and the air passage of Rick’s air filter was further optimized. Up to this point, the job was done quickly, but changing these components meant the mapping also had to be adjusted, and it took a whole working day to adjust it on the dyno until the last horsepower was mobilized with this set-up. The work was worth it, however, since now 140 hp moved the rear wheel, which is more than adequate!

With enough power, it was now time to not just bring it onto the asphalt, but to accelerate it very quickly too. Disengaging the clutch, shifting and engaging it again is even for seasoned riders time-consuming, so a shifter kit was ordered from the States, which deals with this process automatically and in no time at all. The shifter kit additionally shows the ideal time of when to change gears. If you want to bring so much power so quickly onto the asphalt, you have a further problem to fight. The rim could turn in the wheel too, a problem that every dragster rider knows. Power which gets lost in this way can therefore not be converted into more push, so the rubber, as on dragsters, was screwed together with the Y-spoke design rim. Rick’s swingarm beam ensures torsional stiffness of the normally rather dainty Sportster swingarm.

Up to this point, the converted Roadster is above all an extremely light sprinter. But little weight and a lot of power at the rear quickly lead to what? And exactly that happened at Glemseck, where the first run of the Essenza Sprint Race took place, and where Dominik Beier, the rider, won the race. In the second run he opened the gas a bit further and did a wheelie, which meant the deciding second for the win was lost and it was over and out for him in this duel.

It was different in Cologne though, where Essenza held another race as part of INTERMOT. Here Dominik could prove that he had learned from his mistakes and had trained much. In Glemseck and Cologne almost all famous motorcycle manufacturers had a modified bike at the start line, with often more than 200 hp and more, and so all the more enjoyed to prove ourselves with a Milwaukee Iron. The Roadster took 3rd place in the end, which was not only celebrated enthusiastically by the Rick’s crew, but also by the public with frenetic applause. One thing is sure, when next year another call comes from Harley-Davidson, the reply will be clear! 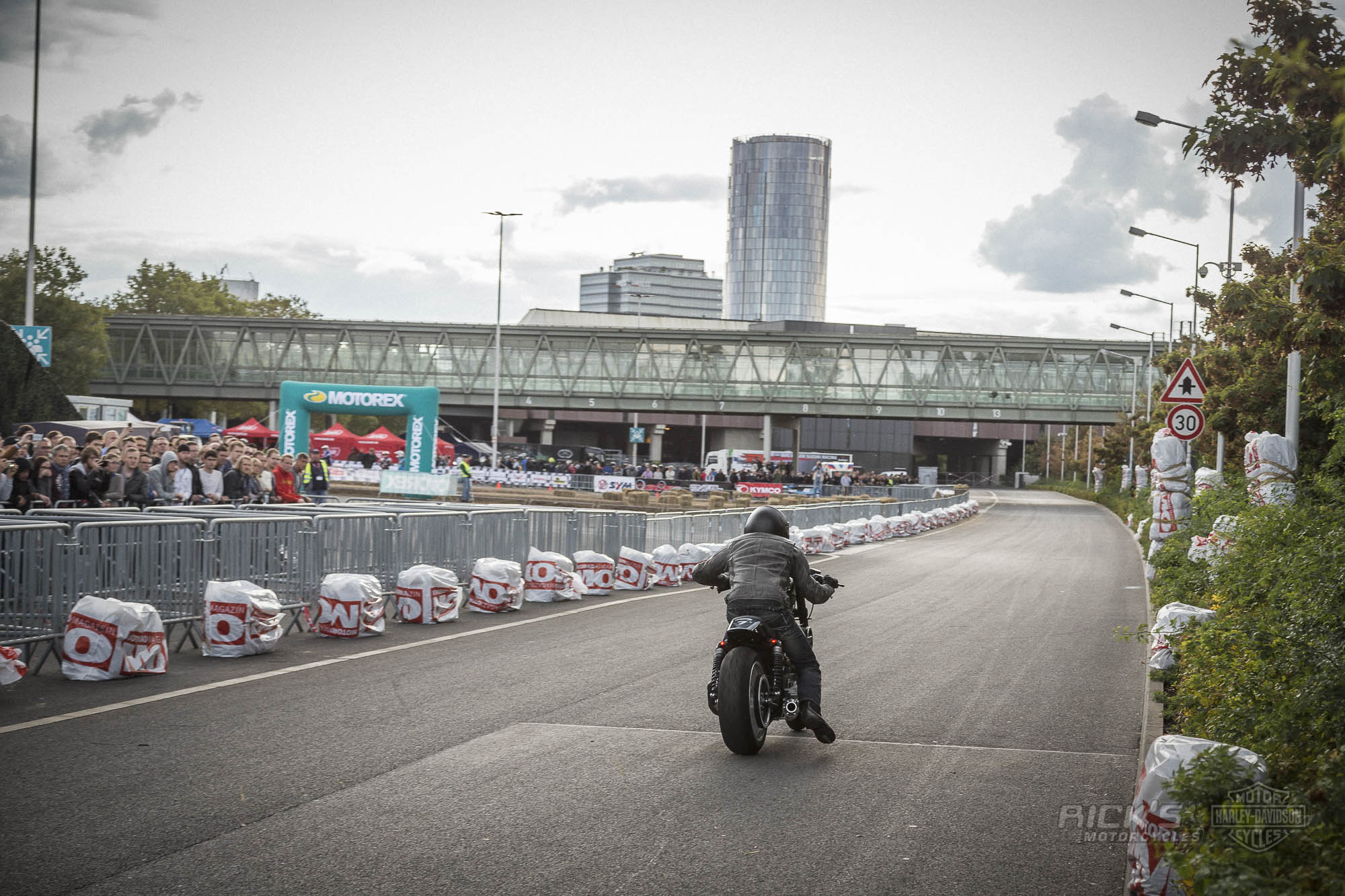 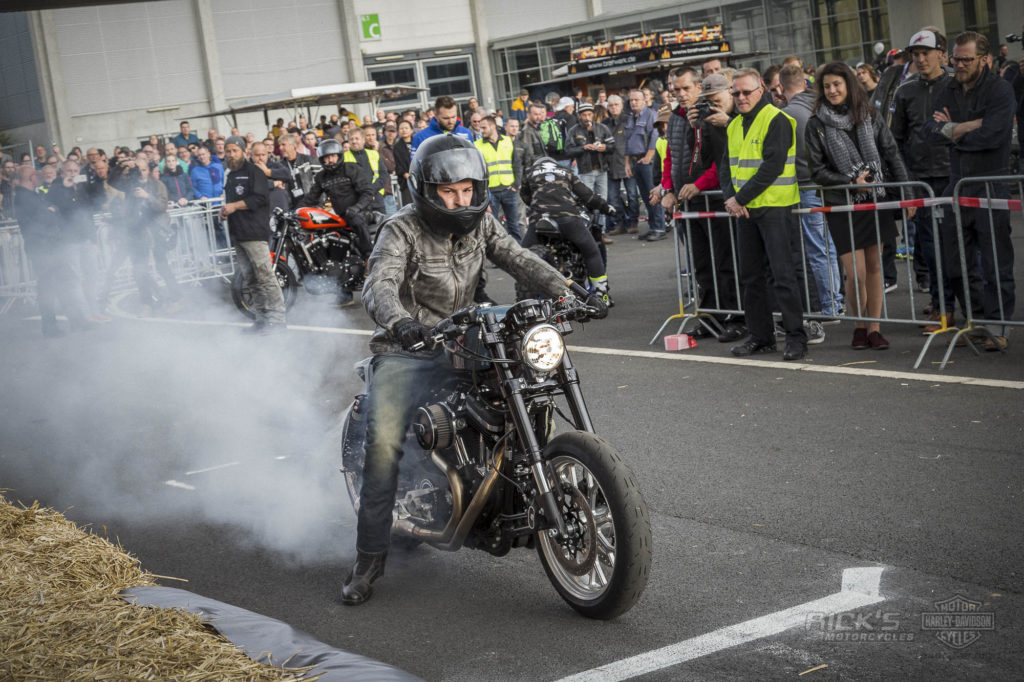 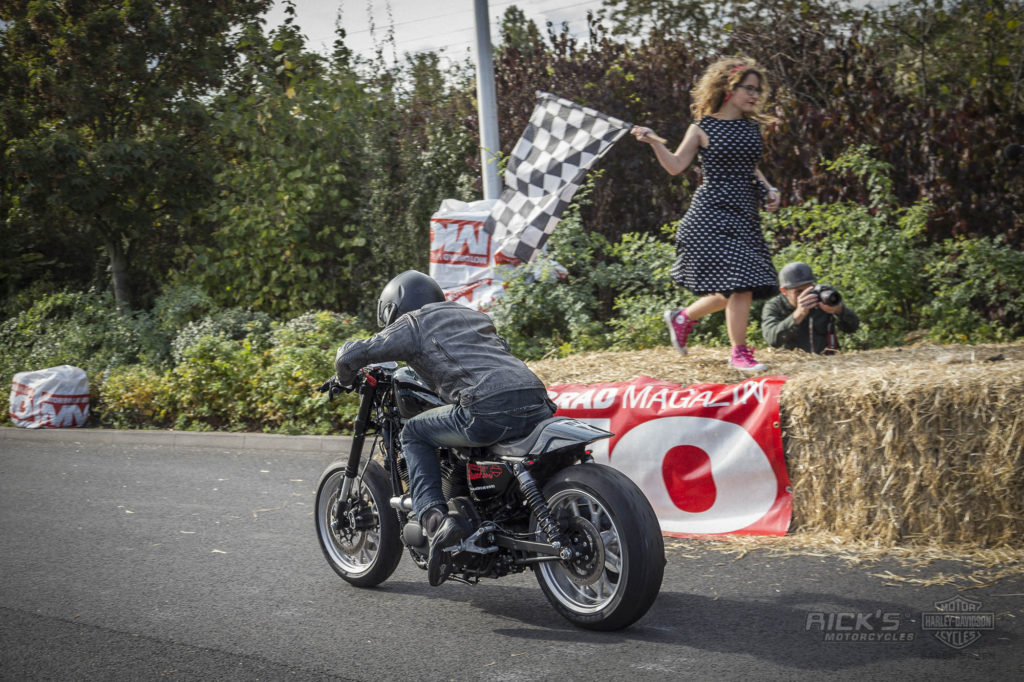