Rick’s Motorcycles has for years been known for quality custom bike conversions – especially their metal work – and with the in-house made design wheels achieved worldwide success, and now Bagger customizing has also become a speciality. As a showcase for the new line of in-house made touring parts, a custom Bagger was created for Rick personally. Rick’s 300 size wide tire kits and V-Rod custom parts are especially in demand with authorized Harley dealers, so the development of touring bike parts was not a priority as the wheels from their own production already run in numerous Bagger projects – and many styles and sizes makes this possible. Someone who wanted a bike modified into a tourer was never turned away. However, now available is a program of high-quality parts, which show the invested development work. 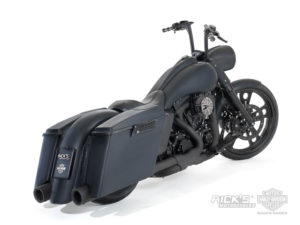 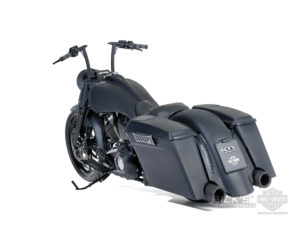 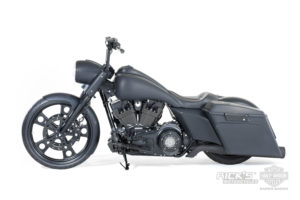 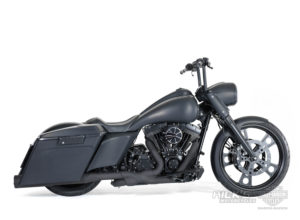 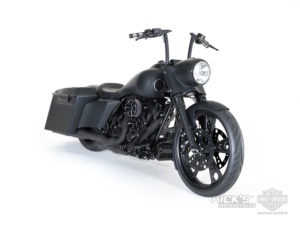 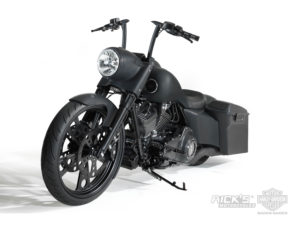 Since the enlargement of Rick’s Motorcycles to become an authorized Harley-Davidson dealer, the requests for customizing touring bikes has increased – and for many Bagger riders, customizing doesn’t end with the chassis and a new set of wheels. When Patrick Knörzer decided in 2011 to make 23- was a logical step. The heavy bikes place a high demand on high quality parts, so the new components were developed and tested carefully. “As with all our parts, simple installation and perfect fit were of the utmost importance,” explains Rick, “as we use these parts in our workshop every day, and we also want our customers to have the best possible products.” 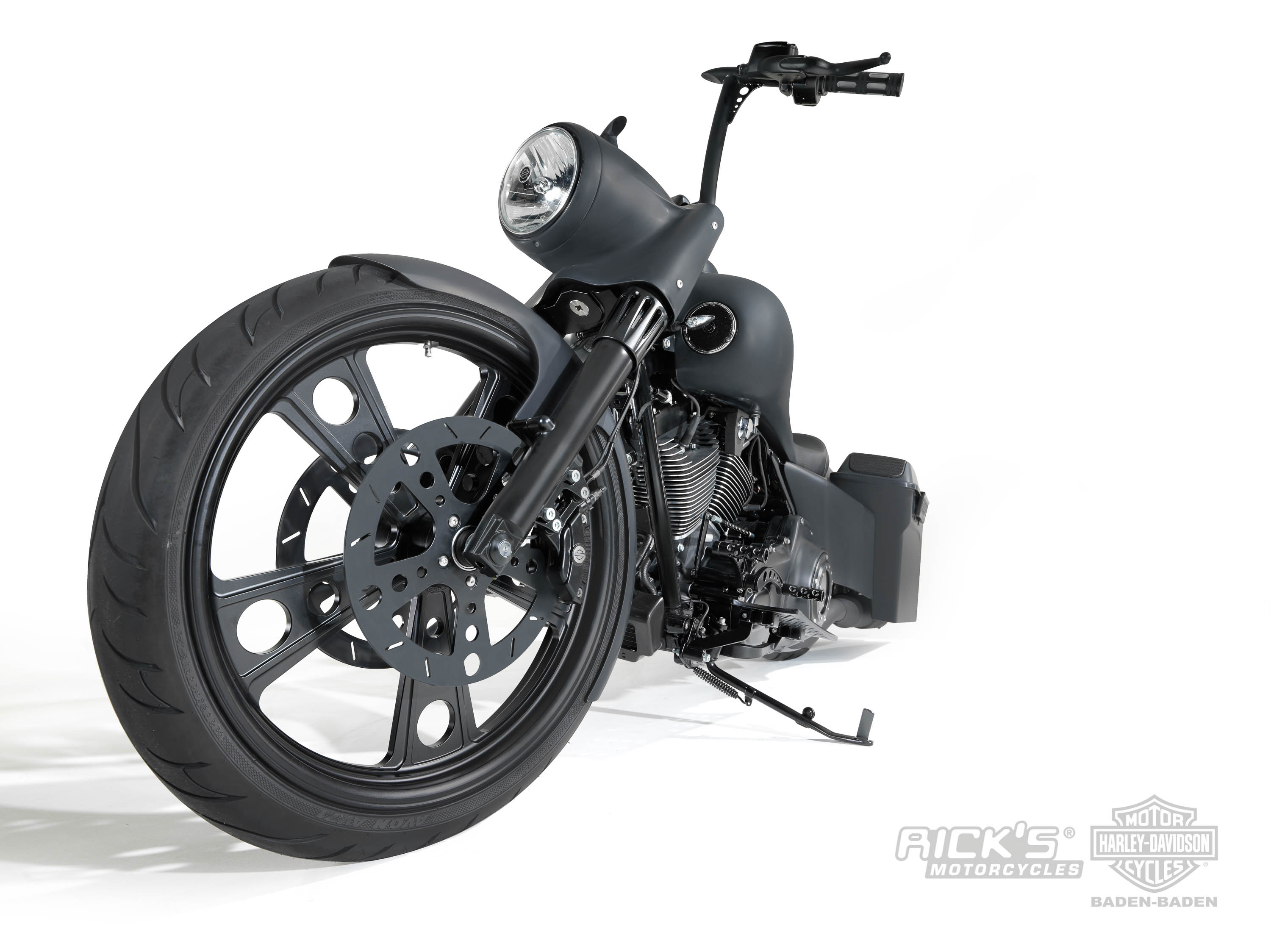 Customizing means time is money, and therefore parts were developed for simple “bolt-on” fitting. In August 2012 the first parts were fitted on a sample bike and later presented at the Harley Village at European Bike Week at Faak in Austria.

At Rick’s Day 2012 in October more than 8,000 visitors saw the first fully equipped Road King Bagger from Rick’s Motorcycles – now with parts from their own production and a chassis with a set of “Rodder” design wheels – at the front the impressive 23-inch wheel, which on request is also available in a more radical 26-inch version! 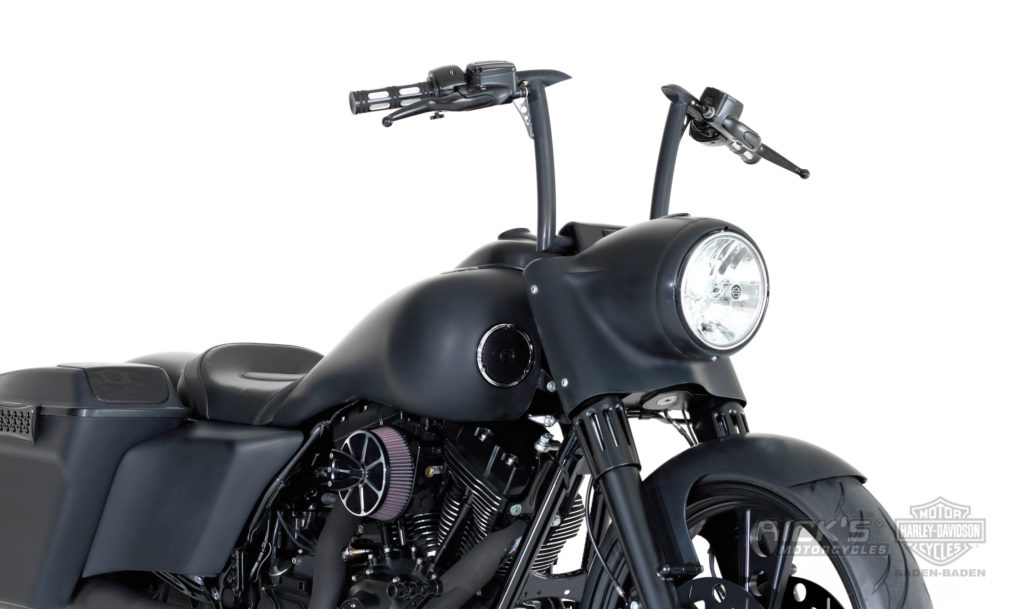 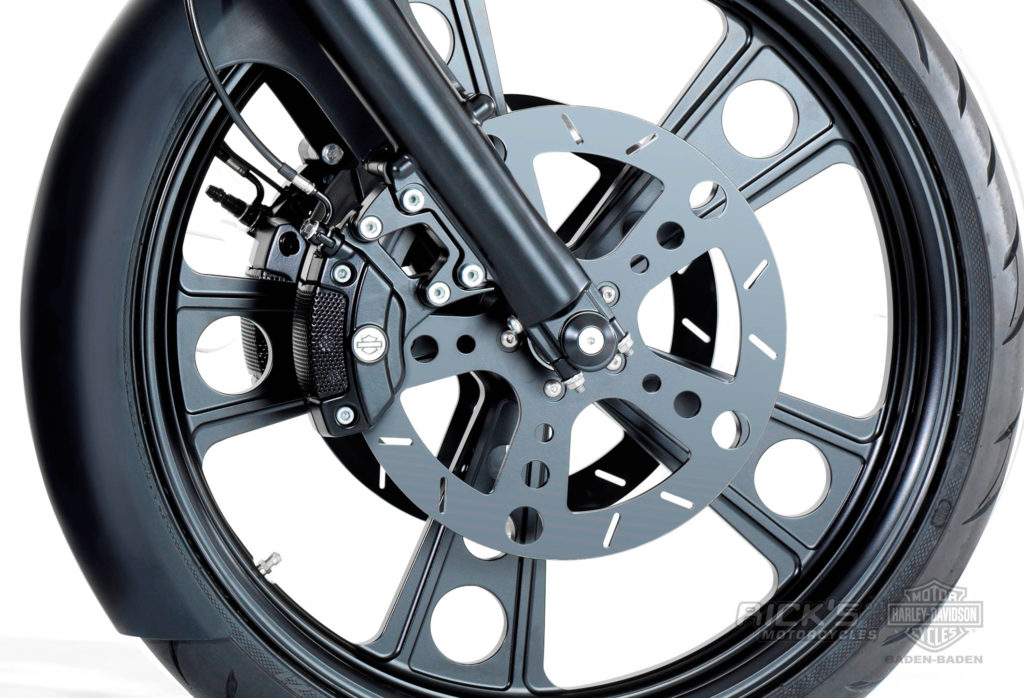 The clean lines of Rick’s custom bikes are also continued in the Bagger production series: elegance through minimalism and perfect fit of each part; technical perfection goes without saying.

This is no doubt a bike which appeals to the imagination of Bagger riders and customizers, and which gives them new customizing ideas!