Rick’s Bagger upgrade for a 2016 FLTRXS Road Glide doesn’t always have to be black…one of Rick’s customers must have thought so, when he requested a more understated paint job instead of the costly paint job from Harley-Davidson:

a Mercedes Benz grey was the elegant tone that was desired and that without any colours. But that the Road Glide was, of course, equipped with many of Rick’s components goes without saying.

The 2016 Road Glide is a highlight and at the same time the end of a chapter in Harley-Davidson history: with this model Harley-Davidson bid farewell to the Twin Cam motor and in August introduced the new Milwaukee-Eight engine.

With its polished standard equipment and the frame-attached fairing, the Road Glide is a direct continuation of the Tour Glide introduced in 1980 – then the first Harley-Davidson chassis with rubber bearing engine. Since then the chassis, designed by Eric Buell, was considerably further developed, up to today’s technology, which makes riding it on German motorways to the full a pleasure with no regret! 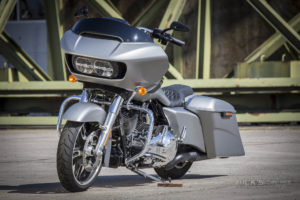 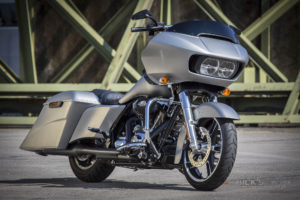 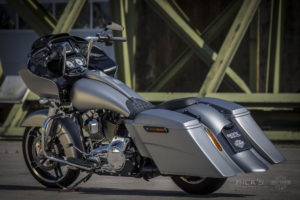 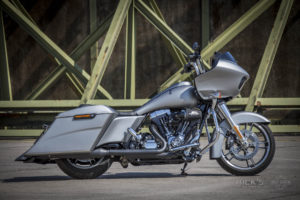 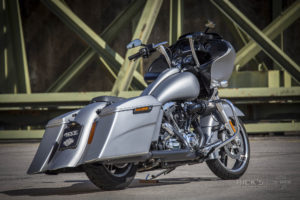 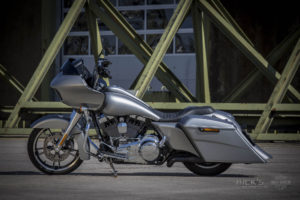 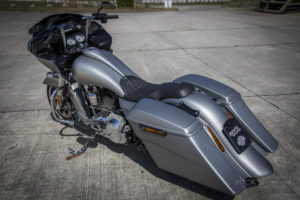 Different to many of Rick’s Bagger conversions, this bike still has its stock wheels – in stock sizes – but in terms of equipment and looks, this tourer oozes difference: Rick’s saddlebags, side covers and rear are responsible for the flowing lines at the rear. The integration of rear light and indicators in the fender make this rear part especially popular because no other rear light is needed. This task is carried out by the indicators/rear light combination from the CVO program. The flowing lines of the rear are continued in the stretched tank: Rick’s metal workshop is legendary for such work, and on this bike the transition from tank to seat, which is often problematic, has been achieved extremely well. The seat, designed by Rick’s team, lowers the owner’s riding position further down, which, considering the dimensions of the massive Road Glide, is no mistake. Add to this Rick’s wide ape hanger for Touring models, which makes the rider sit more upright and makes handling more sensitive…a lever arm makes it possible… 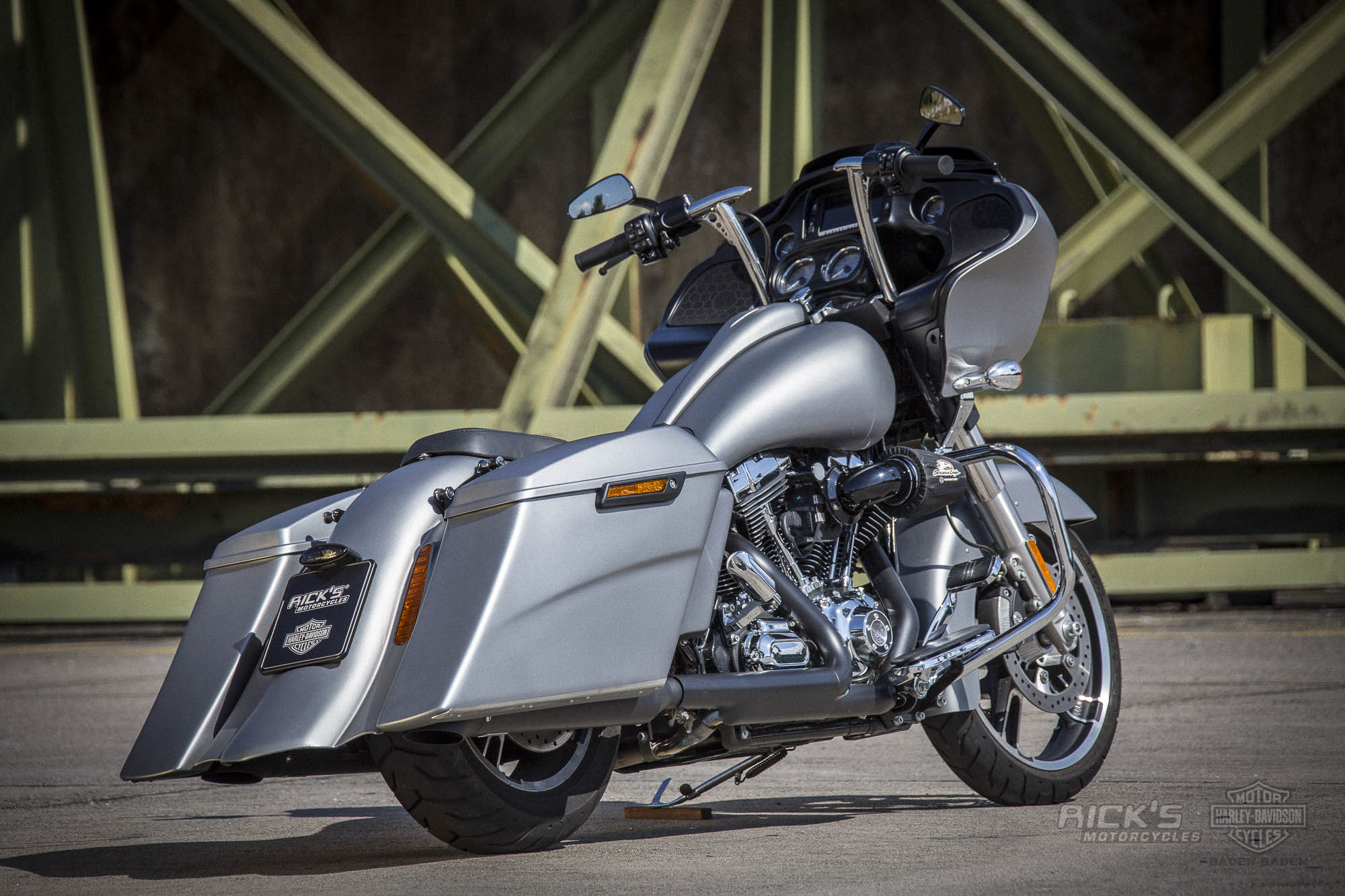 In the last years of the Twin Cam, the here used 103 cubic inch motor is a well-advanced item which promises a long and reliable ride. The adjustable KessTech exhaust system with Rick’s Motorcycles turn-down end caps not only ensures a rich sound, but also the desired wow factor: optically the exhaust system seems to disappear in the saddlebags and doesn’t reappear either. Neither at the rear nor at the side are the end pieces visible because the turn-down end caps hide the emissions in the rear and guide them down. Rick’s offers several versions of the saddlebags and so different styles can be realized. The “Heavy Breather” air filter stems from the Harley-Davidson Screamin’ Eagle program and comes from racing. Bagger motorcycles are not only modified tourers with an improved look, but performance also plays a big part. 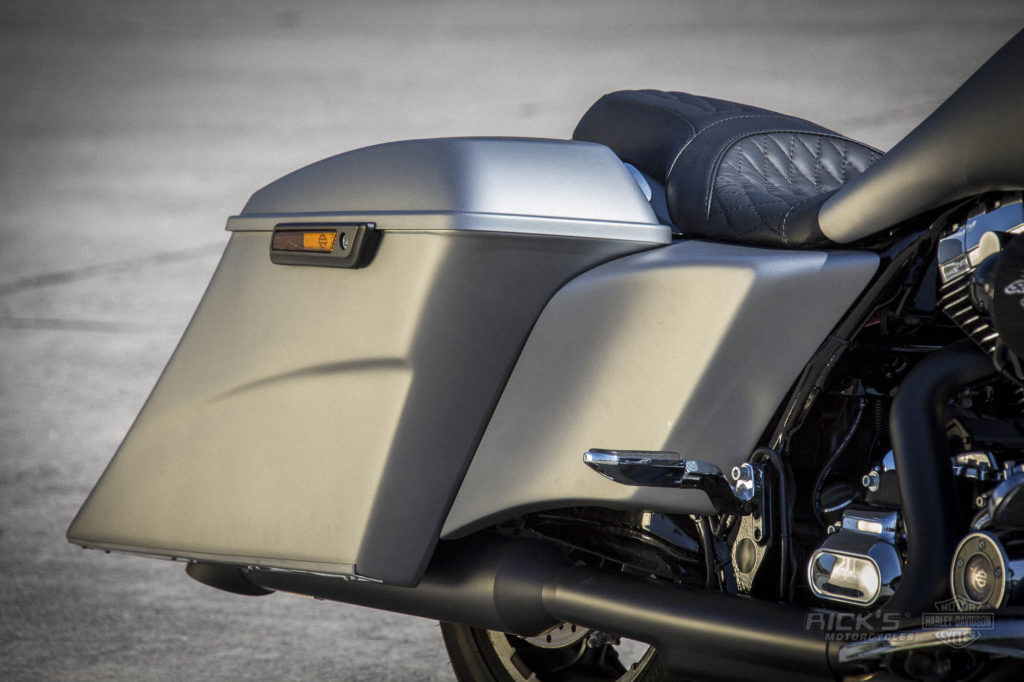 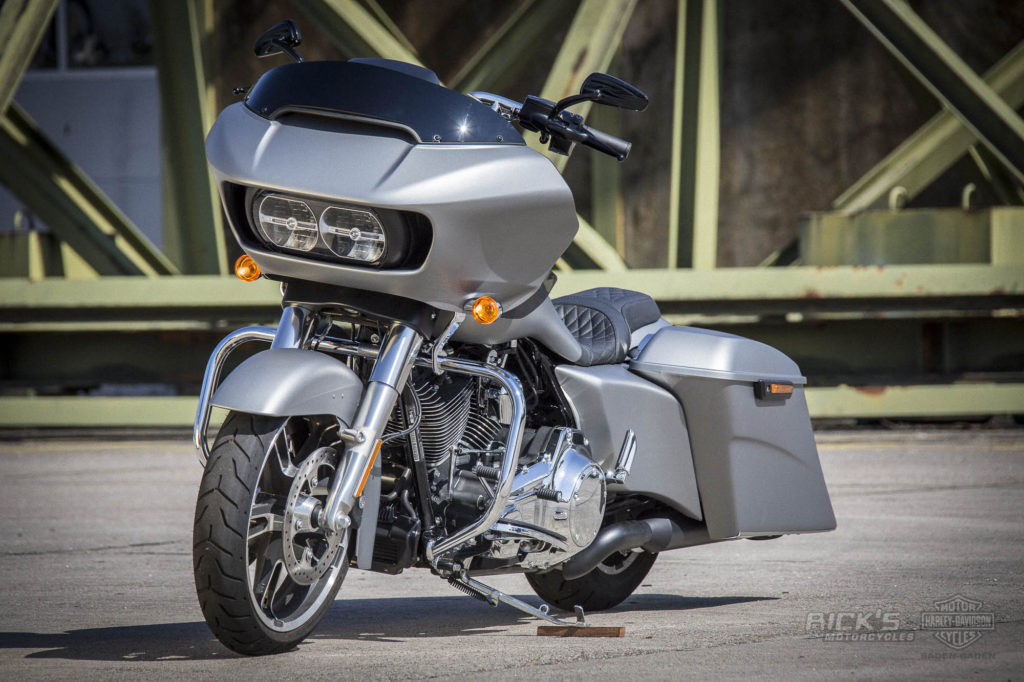 With the 2017 model year and the introduction of the Milwaukee-Eight motor, the history of the Tour Glide is continued, and the matching Rick’s parts are already available!

The ride continues with full power!