Rick’s Harley-Davidson Fat Bob looks at first glance almost like a stock bike. While some observers might need two or three looks, the trained eye will see immediately that only the fender was changed and a side licence plate holder mounted. It’s correct, not much more was done, but even this simple bit of customizing has style. That at Rick’s the emphasis is on perfection and timeless design is a well known fact, but the path from the first concept to a small series part is a long one. 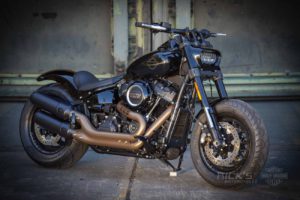 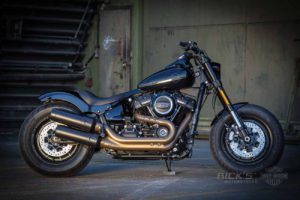 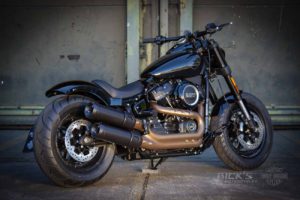 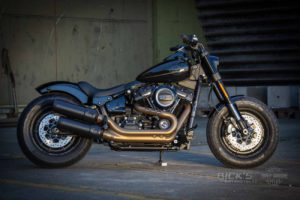 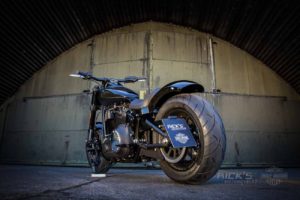 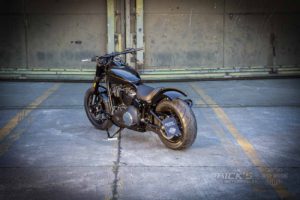 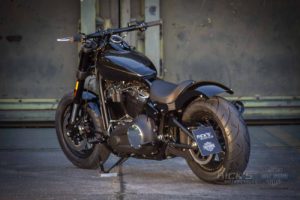 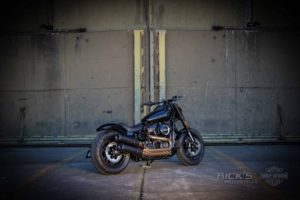 Why does it always have to be “the big treatment” with airride system, design wheels, new foot controls, a different handlebar, grips, levers and much more? That Rick’s knows how to customize “big style” can be seen on these pages, but in this case they wanted to know if the new fenders would have an effect even without all the usual embellishments. And in Baden-Baden they also know that not every customizer has loads of money to afford a “big” customizing job.

The rear fender was designed so that it can be made from steel in small series and is solid enough to carry a passenger and luggage. In contrast to the stock version, the whole shape is more flowing, and with the 2018 Softail models especially the sitting position is noticeably different, which causes a distance between tank and seat cushion, which has to be filled. While others simply elongate the seat, at Rick’s they made a tank cover which solves this problem cleverly and professionally. The cover, made from high-quality ABS plastic, is part of Rick’s fender kit for Fat Bob models from model year 2018, as well as a perfectly fitting seat base plate from plastic reinforced fibres. 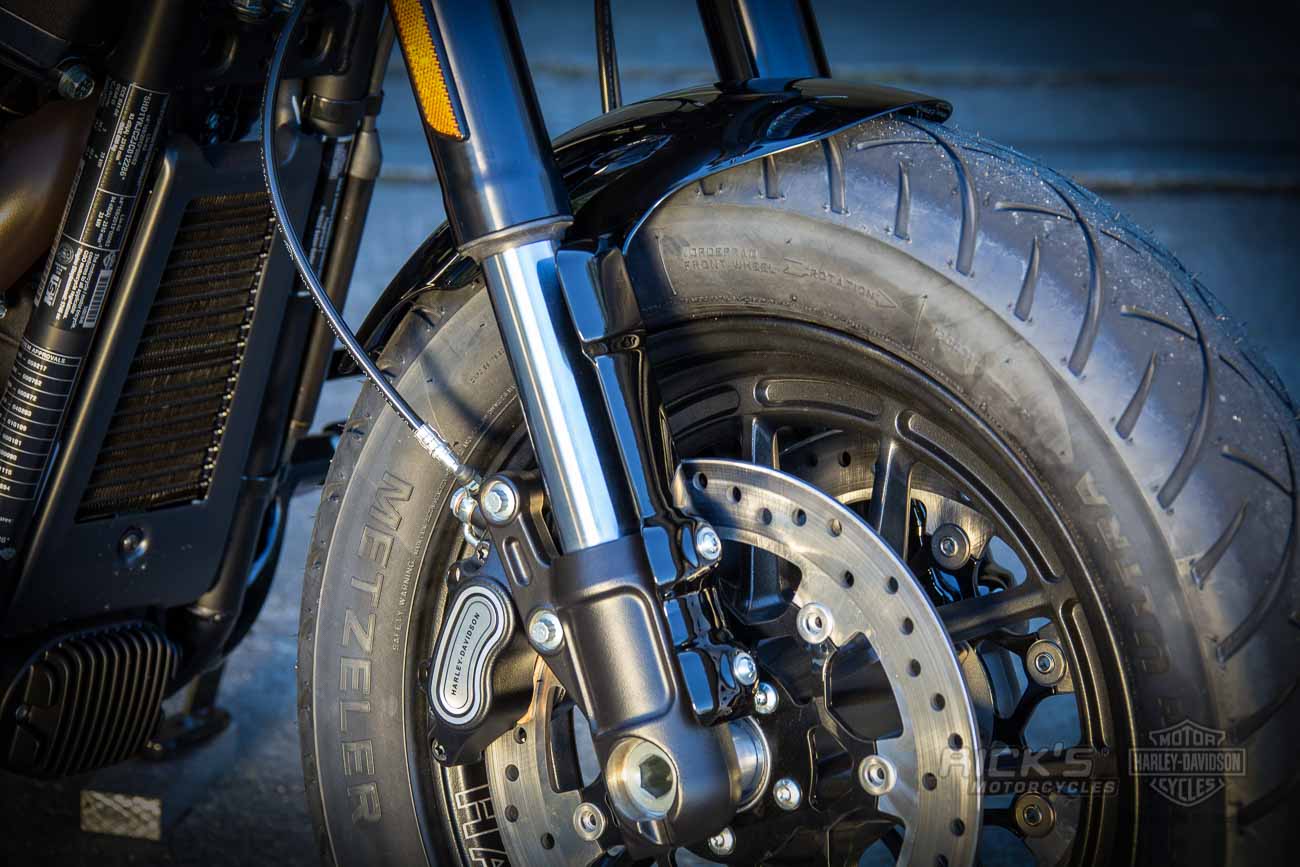 After this customizing effect, the wheel should run smoothly, but there is another problem, because with a fatter tire, the stock cover does not fit any longer.  But Rick’s also has a solution for this problem in its program as they make a complete steel fender kit for tires of up to 240 mm for the Sportster models. The fenders are handmade and are so solid that even a passenger can sit on them. 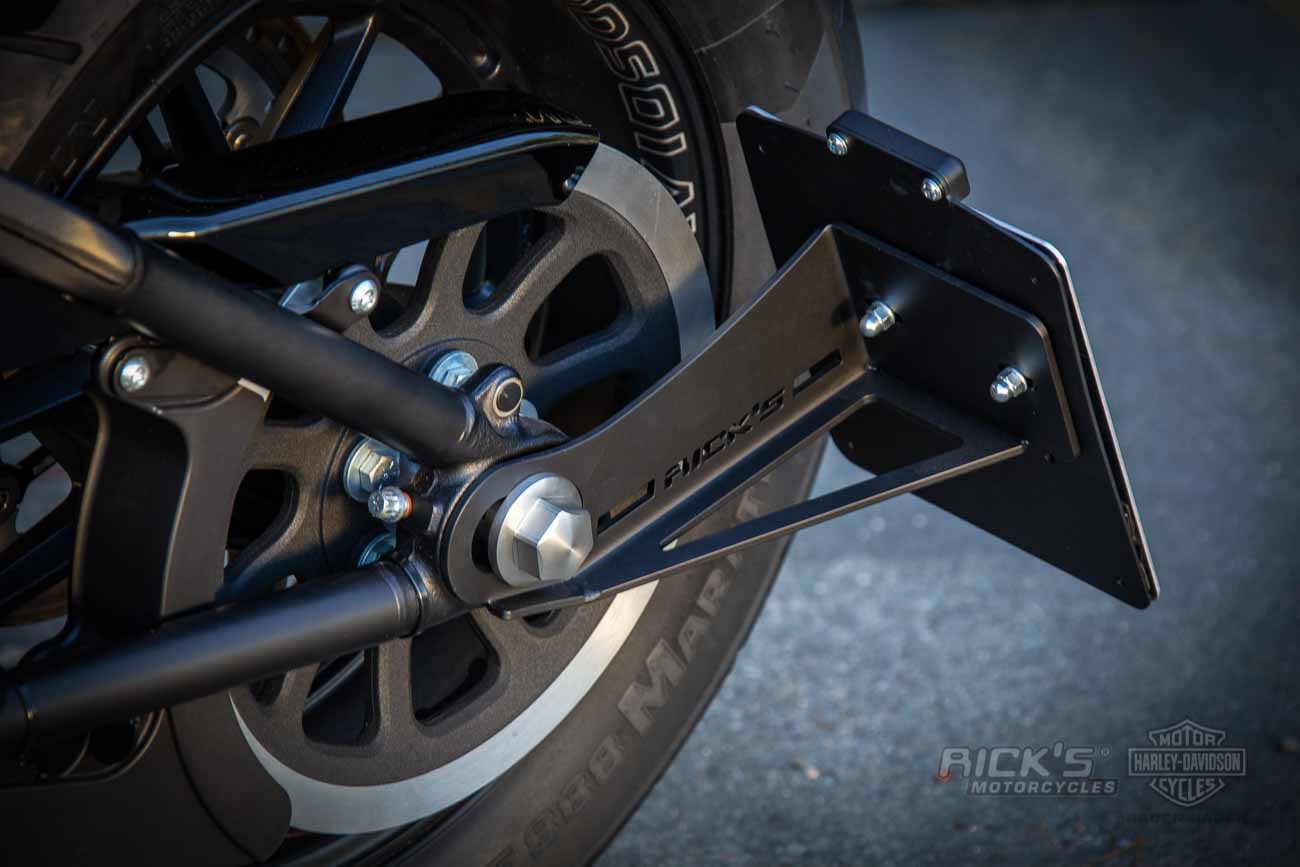 Rick’s has been one of the first customizers who made side licence plate holders, and only a few days after the introduction of the new Softail models in August 2017 the suitable holders were on offer, and by now even a legal version with ABE is available.