Rick’s Motorcycles has made a real Bobber out of the Harley-Davidson Street Bob. The solo seat and swinging rear fender underline this style since the 50s. Today it’s more popular than ever and is valued for its purism. At the beginning of Bobber building often a virtue was made out of necessity and due to a lack of parts, one had to use what was available. The results were often “honest” bikes, created with little money and without having many embellishments, but which still looked good. Rick’s approached this Bobber project according to these principles. 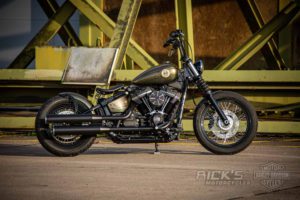 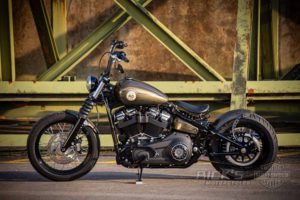 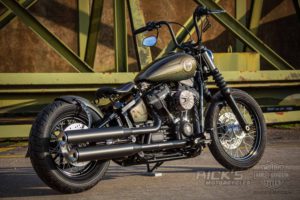 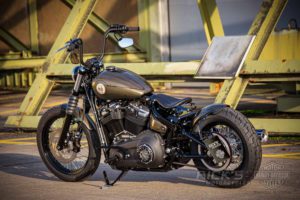 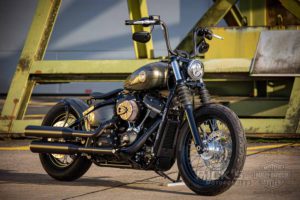 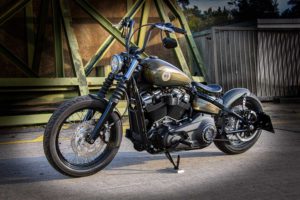 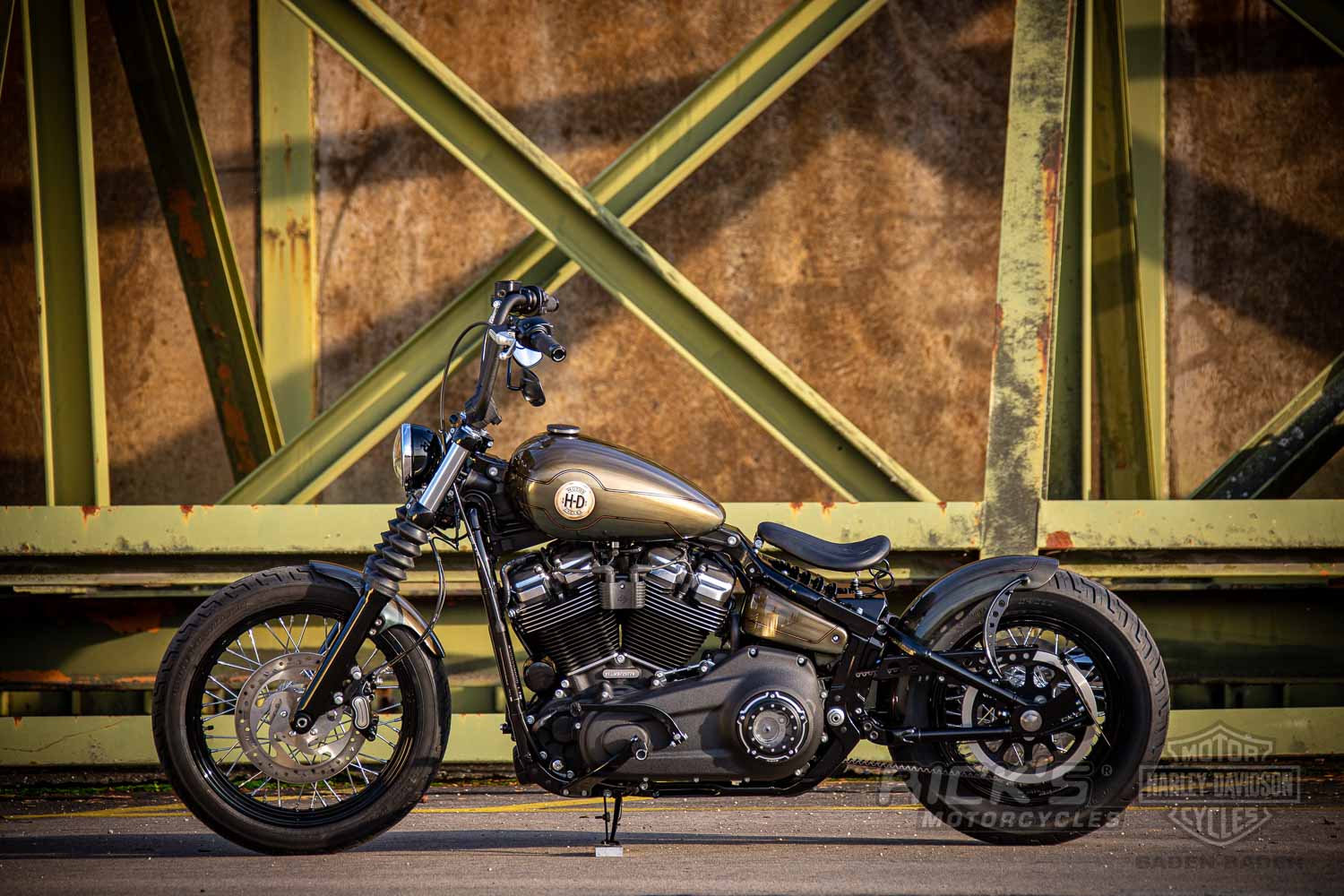 Back then, a front fender was often turned around and used as a replacement for the rear fender, firmly mounted to the swingarm, and ready was the swinging rear. The thin material would not have withstood a passenger anyway, so only a single solo seat was used. If you want to convert a modern Milwaukee Iron into a Bobber nowadays, it’s not so easy anymore. At Rick’s they worked out how to construct the necessary components in order to achieve this look. The result is a short fender with struts which can be mounted relatively easy. No additional holders or eyelets have to be welded to the swingarm since the existing fixing points can be used. The swingarm doesn’t even have to be removed or even newly coated, making the whole conversion noticeably cheaper, which is also in line with the ‘Old School’ thinking. The suitable frame cover with seat springs and seat base was also made by Rick’s and can be ordered in Baden-Baden, on which many aftermarket seats can be used. 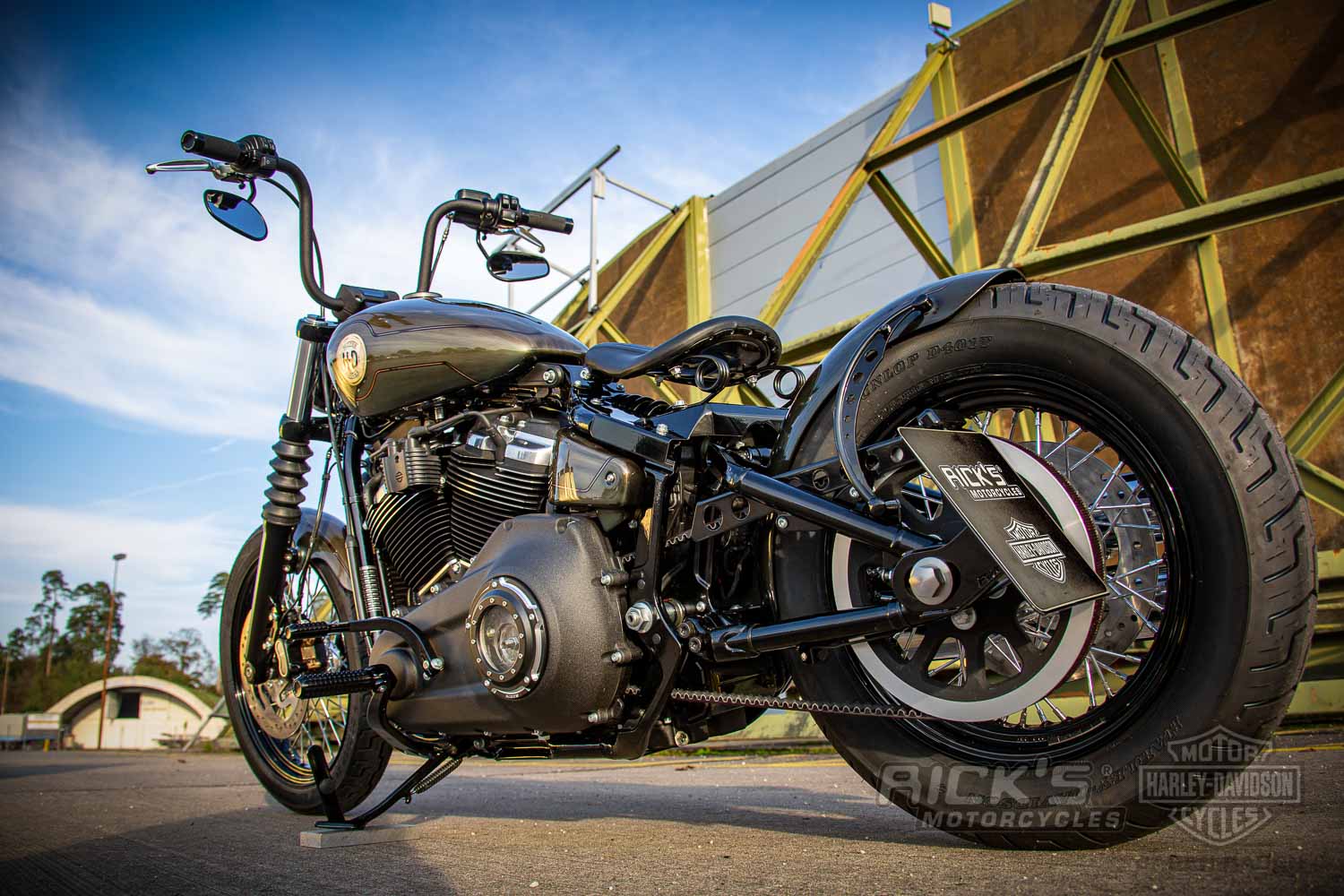 Actually, so far we have already created a pretty respectable looking Bobber. But Rick’s Motorcycles wouldn’t be Rick’s Motorcycles if the bike wouldn’t have been given a few more selected extras. Talking about the fenders, the front fender is also from the designers in Baden-Baden, and the foot controls are as well from Rick’s large parts programme. The design used here is called AK4.7 and fits onto the stock OE location. The derby cover is also made by Rick’s. Clutch covers, which thanks to a see-through Macrolon window allow a view onto the inside of the clutch, are available for almost all Harleys, but now also for the Milwaukee-Eight models and also in bicolor. 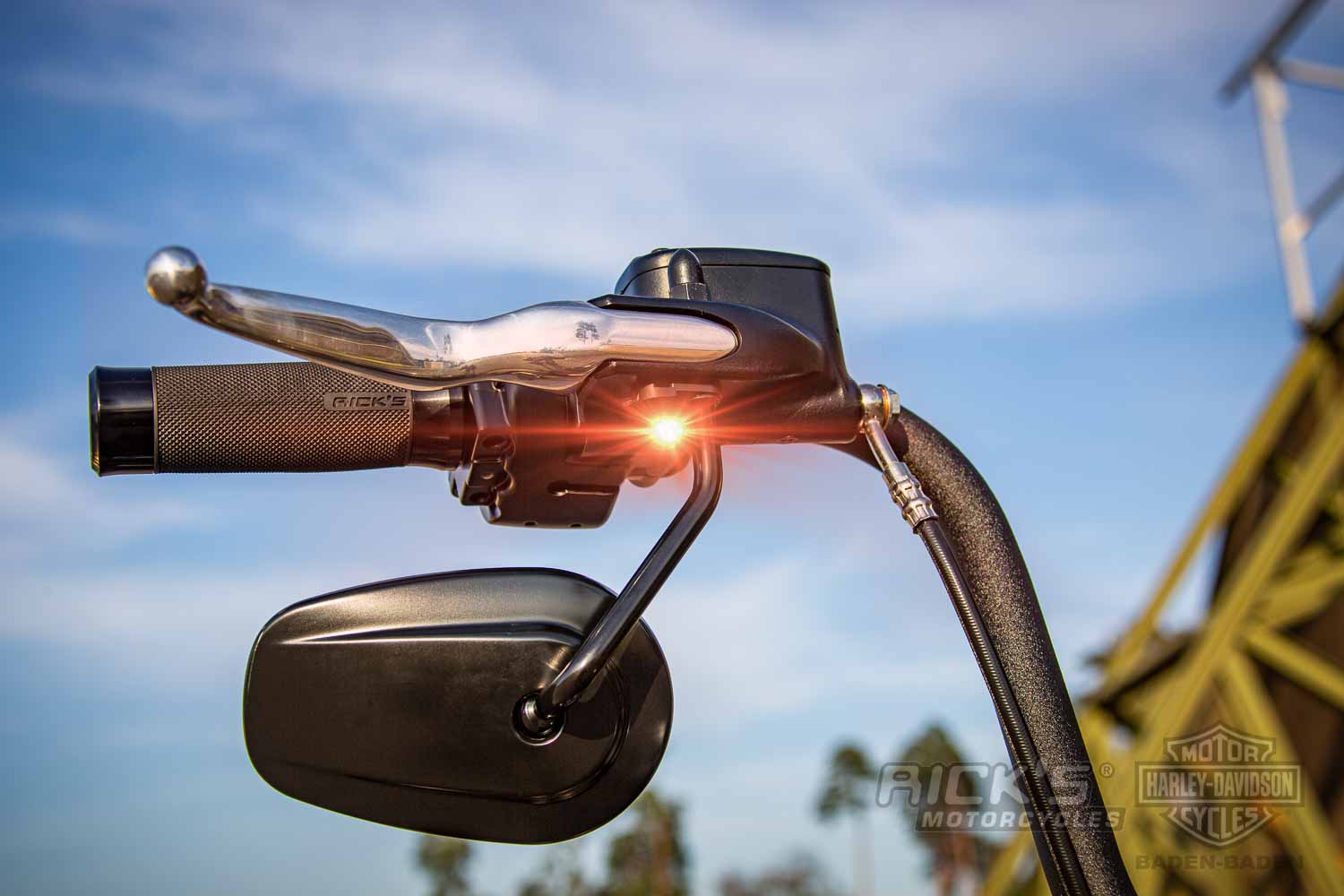 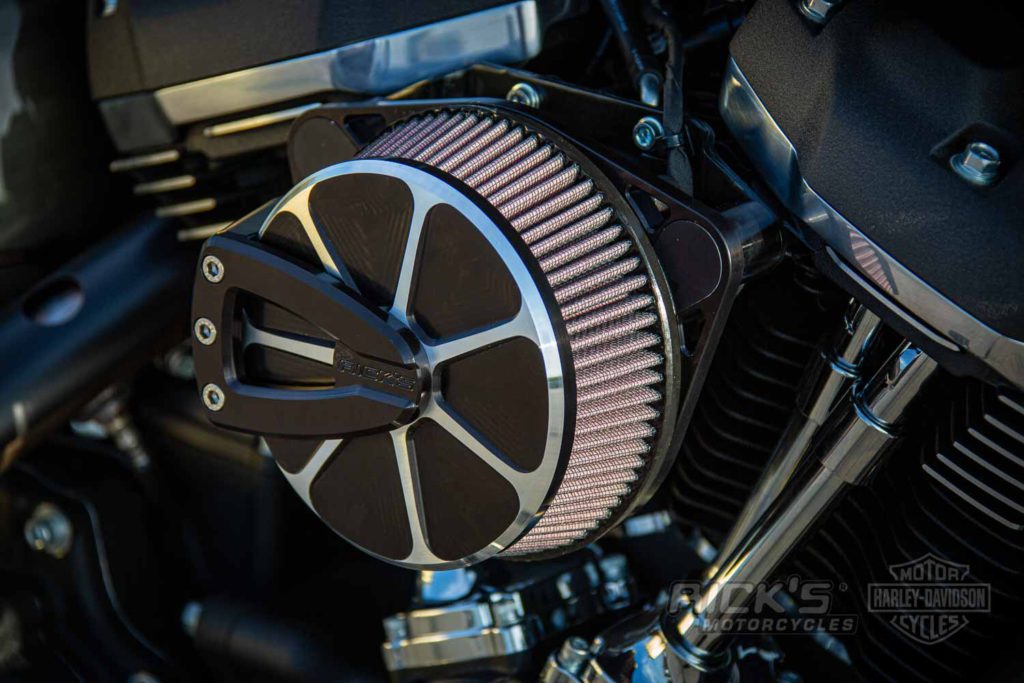 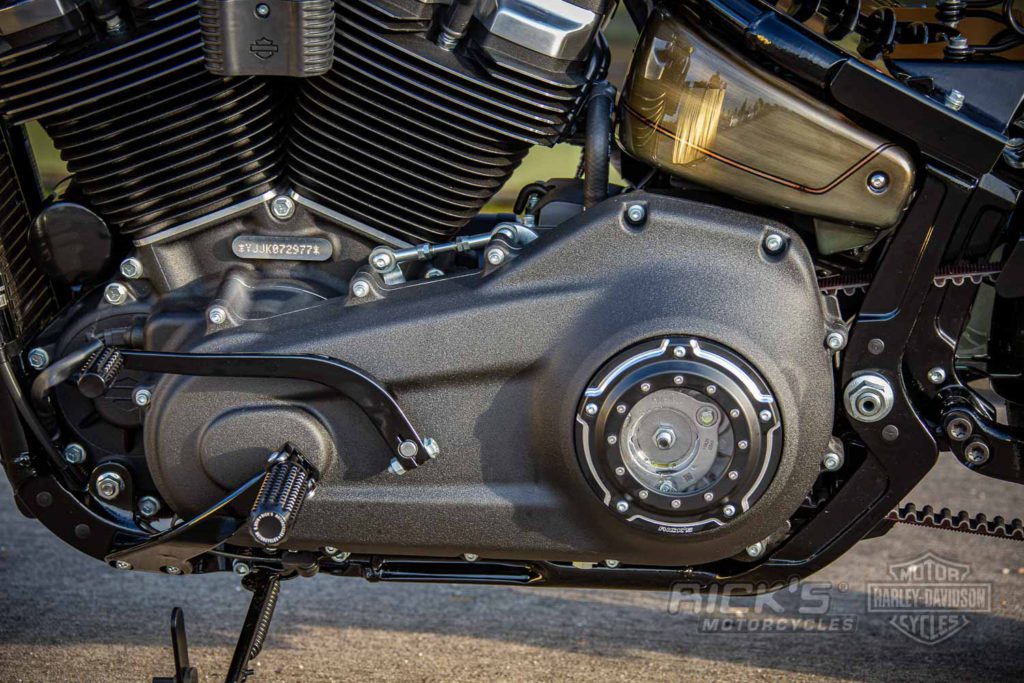 Rick’s performance air filters are known for their flow-optimized construction, available in numerous designs also for the Milwaukee-Eight models. Naturally a Rick’s air filter was also used here. For the indicators, Rick’s often relies on Kellermann products. With the ‘Atto’, the company from Aachen has a mini indicator in the programme which even has an ECE number and is street legal. At the rear the tiny housing holds indicator, rear light and brake light, at the front logically only the indicator. Especially at the front the problem exists how to mount these mini indicators. For this Rick’s has constructed an adapter which can easily be fixed with the mirror screw.

Didn’t we promise you at the start that this is a real Bobber, but one which can also be created with an affordable budget? Supplied exactly as ordered…!