The Harley-Davidson Breakout has already made a name for itself as a Twin Cam model. If you scroll through the archives of this website, you will find numerous examples that show that Rick’s Motorcycles also then  understood very well how to refine the Breakout models, and the specialists’ conversion efforts also include the Milwaukee-Eight models. With ‘Palladium’ Rick’s presents yet another perfectly customized Breakout version. 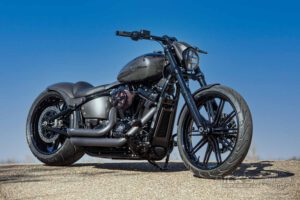 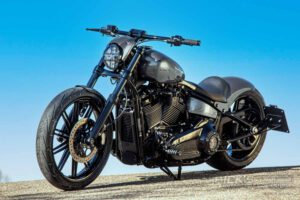 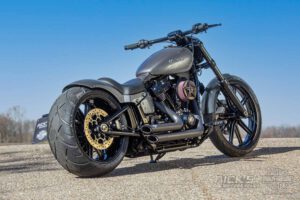 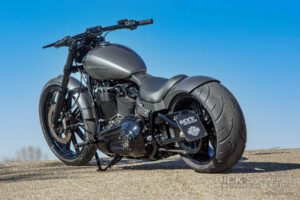 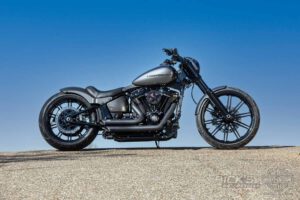 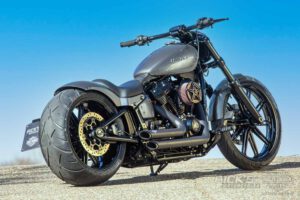 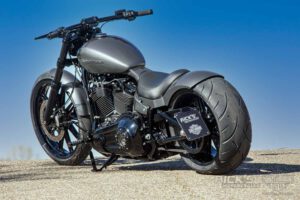 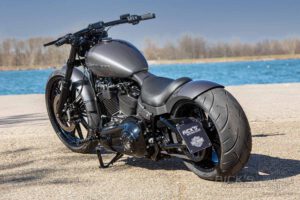 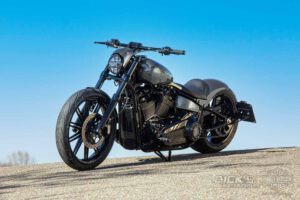 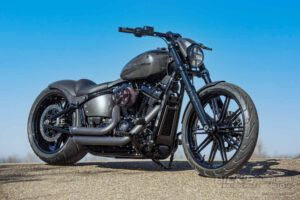 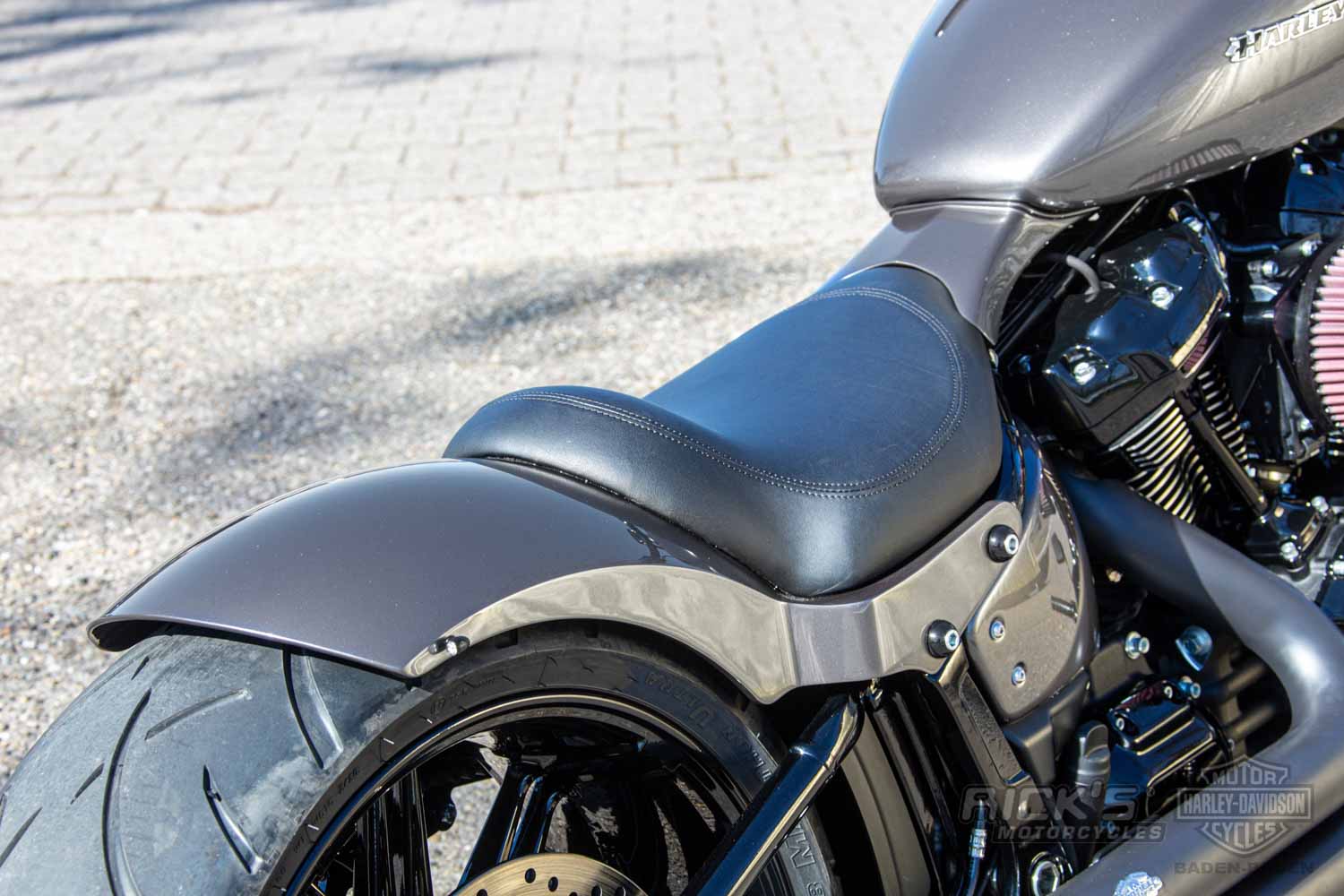 The Breakout models are distinguished by a long, stretched line. The stock version features a length of 2370 mm, a wheelbase of 1695 mm, ground clearance of 115 mm, a steering head angle of 34 degrees and a trail of 145 mm. And Rick’s Motorcycles had no intention of changing these typical Breakout model dimensions. Only the 260 rear tire is wider than stock. The aim really was to refine the whole line without changing the typical Breakout look.

And how did they reach that target? Above all, the whole rear part received a complete make-over. Rick’s Motorcycles makes rear steel fenders, which are offered as a complete kit with a seat base plate, tank cover and mounting kit. For Rick’s bolt-on fenders, no frame modifications are necessary. Fender struts from 8 mm steel and about 2 mm thick steel for the cover offer enough stability for additional luggage or a pillion rider. A space for electronic build parts is also integrated. Rick’s steel fenders for the Breakout models from 2018 are available for 240 or 260 tires and 8 or 9-inch wheels. This quality product from Rick’s has also been approved by the German TÜV, and while we are talking about fenders, the front fender was also specially developed by Rick’s for the Breakout models. 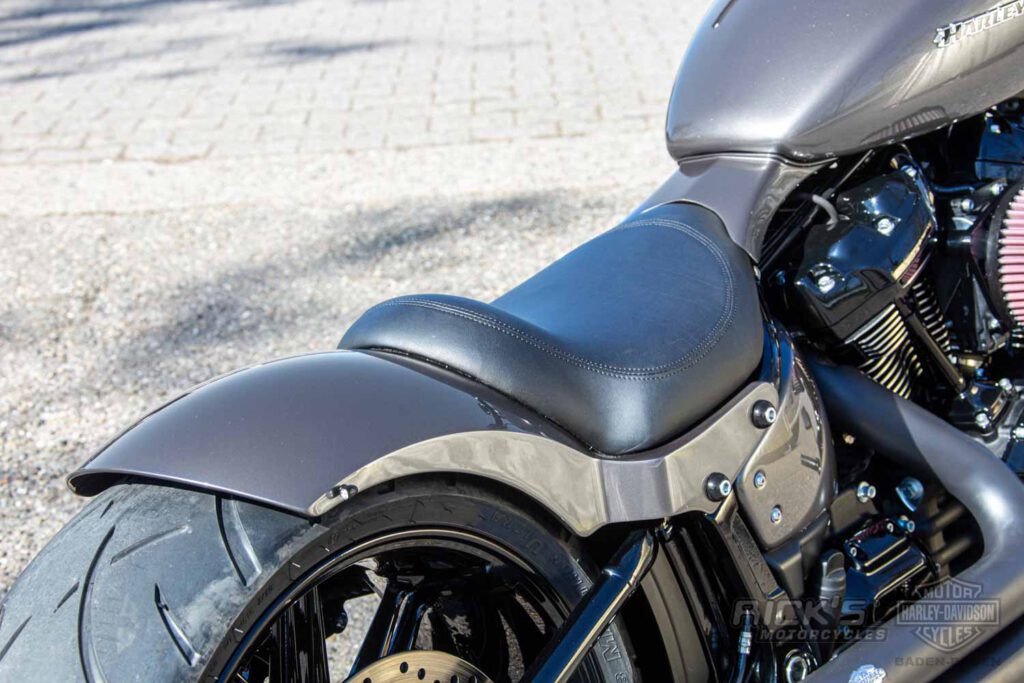 Up to now we have described the most important customizing measures taken. Nevertheless, the bike has many more features that should also be mentioned. The clutch cover is lovingly called ‘bull’s eye’ at Rick’s and thanks to a clear Makrolon window, the clutch mechanics can be seen. The circle of screws and the window indeed resemble a ship’s window. Rubberized foot controls and grips by Rick’s were also a must on this project bike. 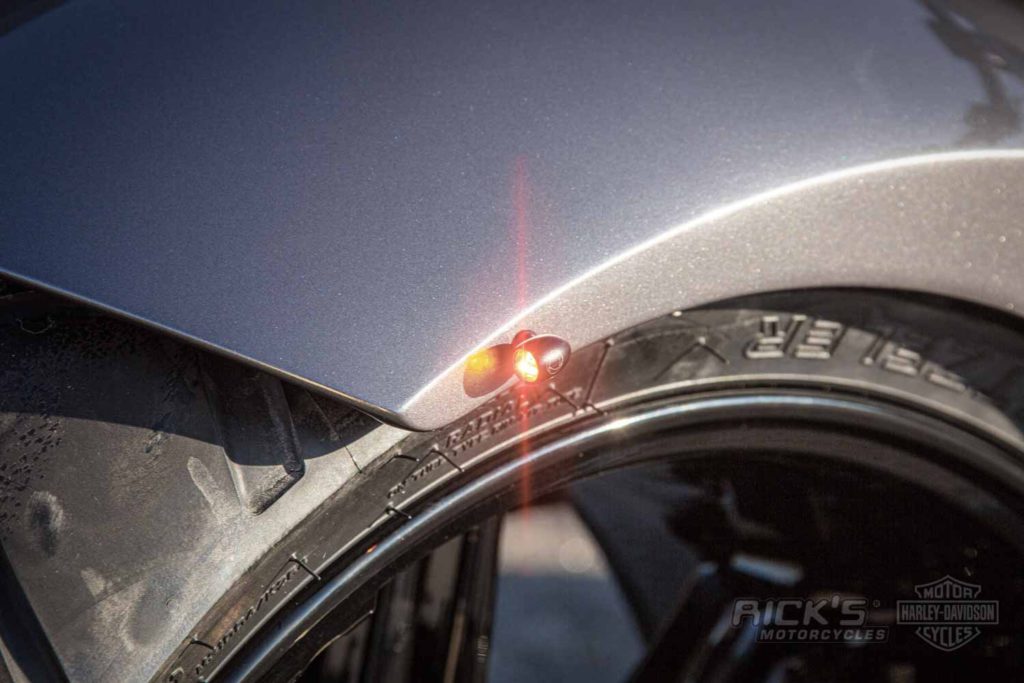 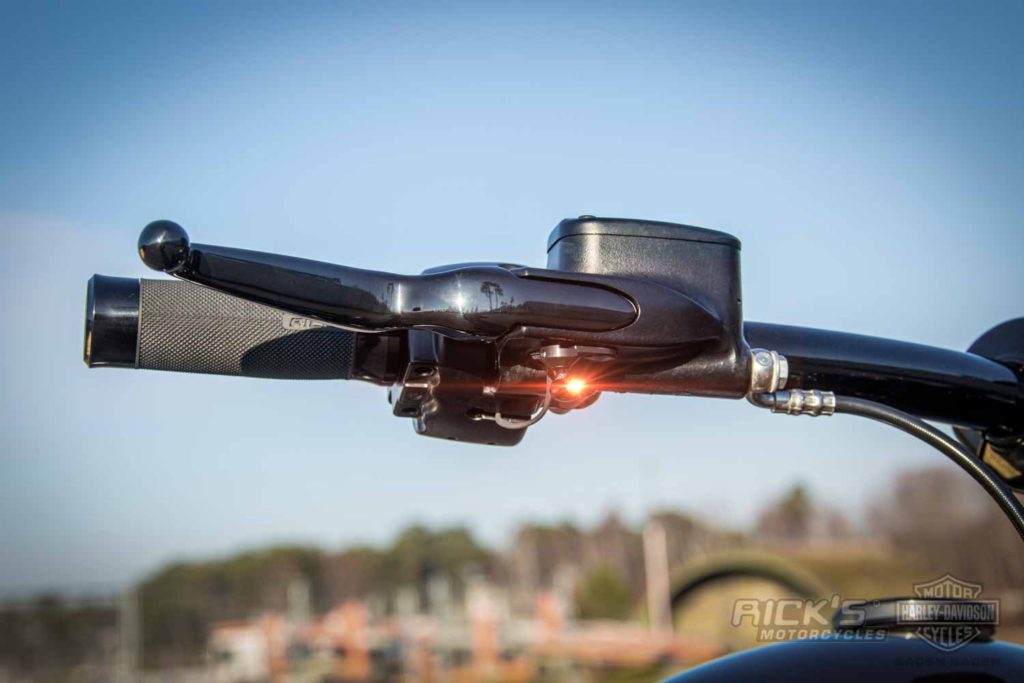 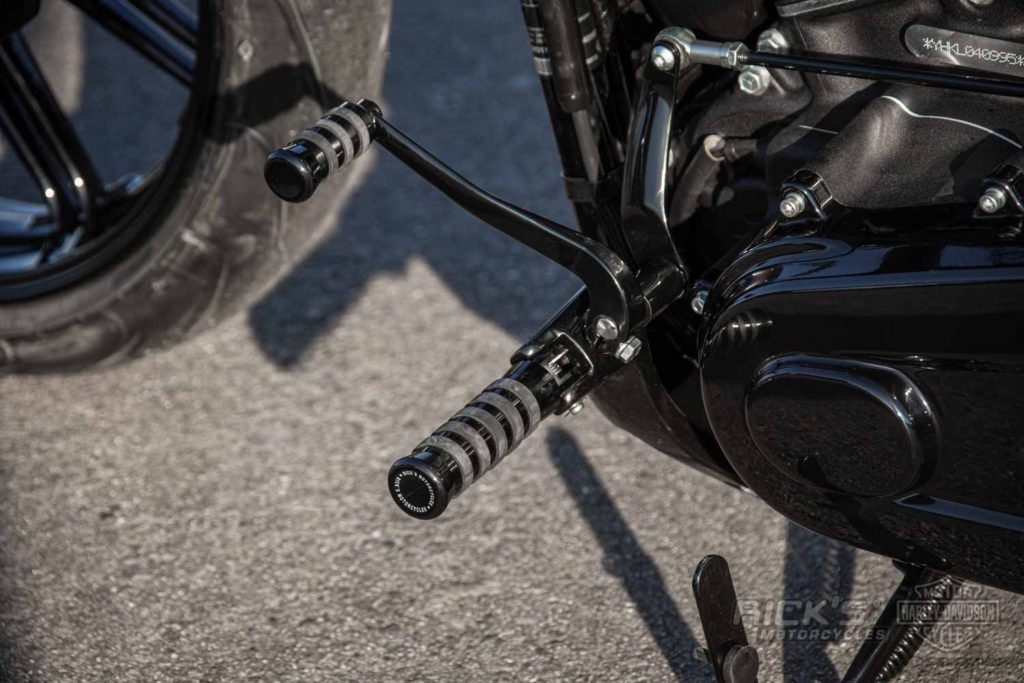 The indicators are a Kellermann product, and the Atto and 3 in 1 indicator Atto DS are probably the smallest LED indicators with an ECE test approval. At the rear, the Atto DS is the version with an integrated rear brake light and indicator directly screwed into the fender strut. At the front, the Atto indicators were mounted to the mirror screw below the handlebar with the help of Rick’s adapters. Rick’s side license plate holder and Rick’s belt cover are on nearly all Rick’s conversions standard. The lamp mask resembles the original lamp mask which was used on the Twin Cam Breakout models. It hides the view of the otherwise exposed and rather ugly backside of the headlight.

Finally, let’s look at a real Rick’s classic. Rick’s air filter designs are now also available for the Milwaukee-Eight models. The design used here is called ‘Apollo 5’ and can be found in Rick’s parts program among many other customizing options.

Didn’t we promise you this at the beginning? The result is a completely new line without spoiling the original Breakout look. And to be honest, is it not much clearer defined now?