Translated this means: El Chapo is alive. It refers to the Mexican drug cartel boss Joaquin Guzman, who was given the nickname El Chapo (the little one) because he is only about 1,70 m tall, and who was captured again a few weeks ago.

For this reason the Softail Deluxe, which was created at Rick’s in Baden-Baden, would not be ergonomically right for the drug boss, because Rick’s team gave their Chicano version a rather high apehanger, which needs a rider with long arms. Apart from that the Rick’s Chicano Softail has all the hallmarks which belong to this style, which are curved fenders down to the ground, whitewall tires, a lot of chrome and a very long exhaust system with fishtails on both sides. 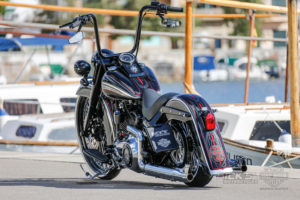 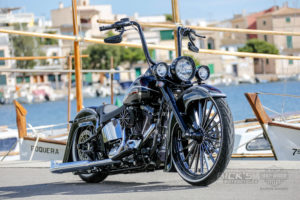 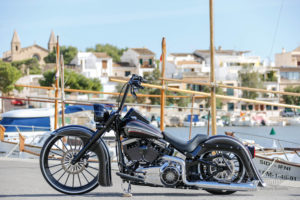 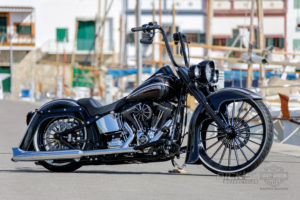 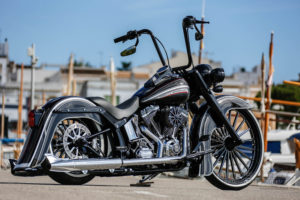 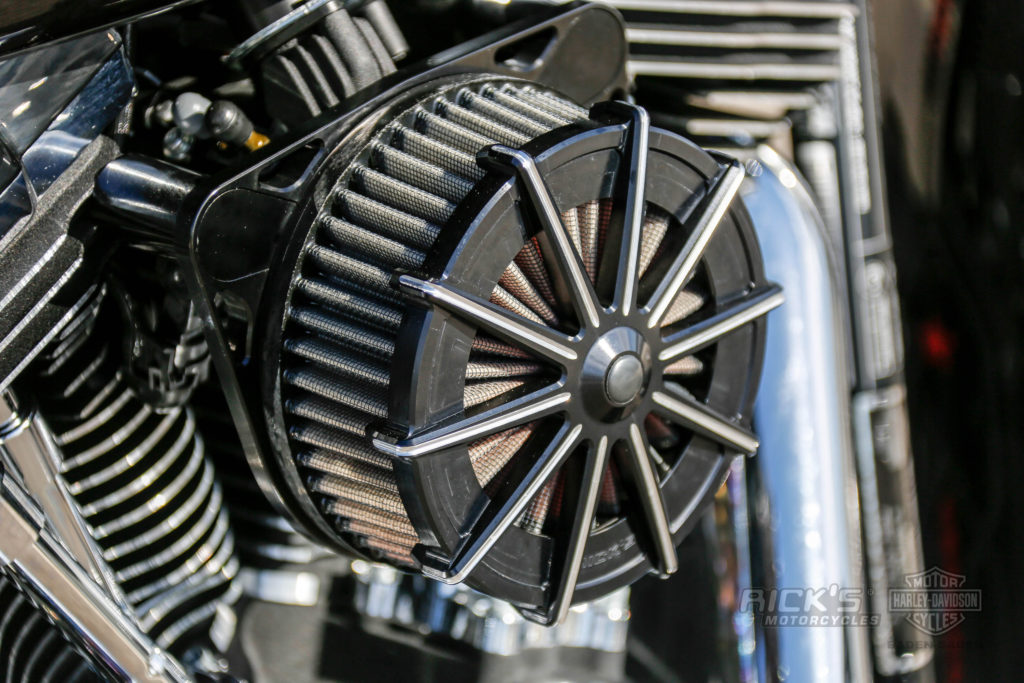 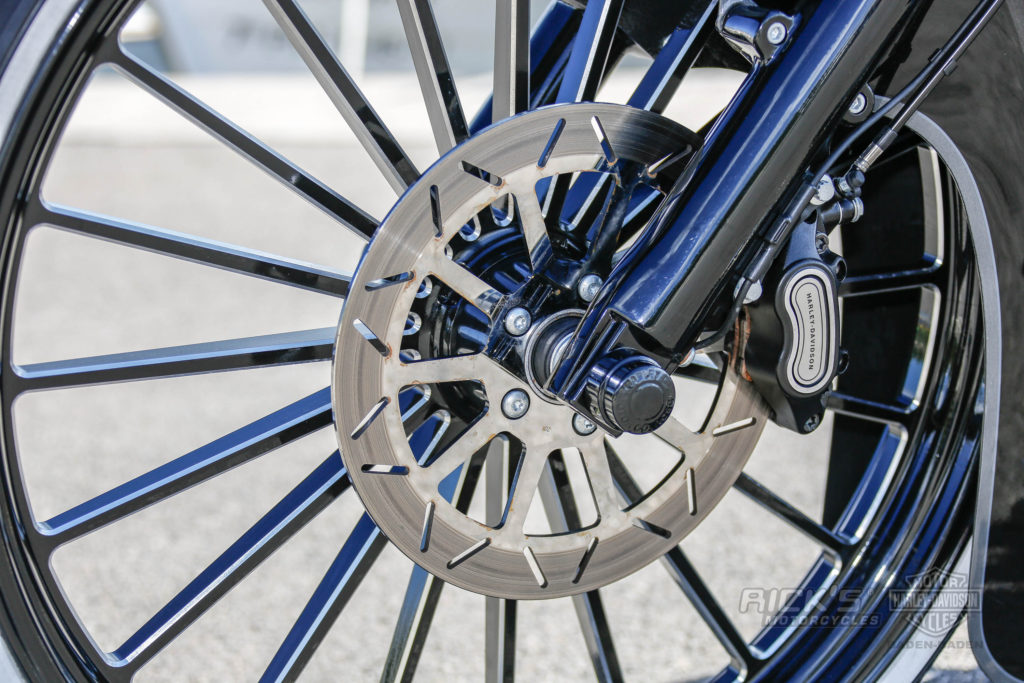