The Harley-Davidson Breakout is long stretched, and already in stock trim it appears like a wild animal which is about to conquer the street. As a Twin Cam it not only has done that, but also conquered the hearts of Harley riders.

At Rick’s Motorcycles they have developed several parts for this model series with which the bikes can be customized, and the most striking surely is the rear conversion. Made from steel, it is strong enough for carrying a passenger. And when you see the wheel cover hugging the tire so smoothly in the photos, then that is due to a long development time, a lot of experience and model work. Long stretched means on the Breakout that the seat was positioned towards the back, and that means that there’s a gap between tank and seat surface, which needs to be covered. Theoretically the seat could be elongated towards the tank, but in practice this solution does not look nice. At Rick’s they have a different solution for this problem. A specially developed tank cover is placed between seat and tank and complements the line perfectly. But also dealing with this little detail was much more complicated than one might think. The radii of the tank are completely different to the seat, and the part was to be made later in small series from plastic and should look good as well. By now Rick’s offers the rear fender as a complete kit, including base seat plate and mounting kit.

So that the Breakout is also flat when standing, the bike received an airride system with which the rear can be lowered to the desired height at the push of a button. 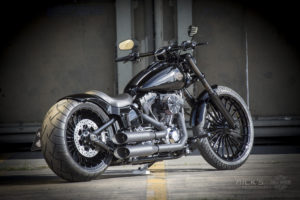 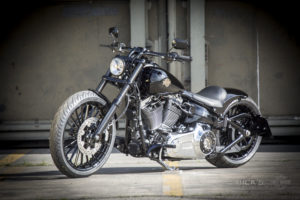 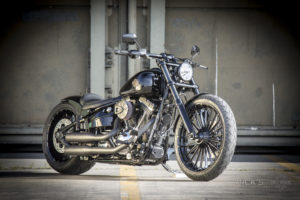 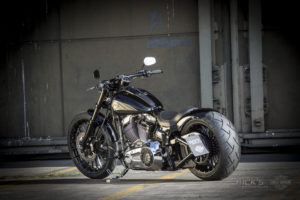 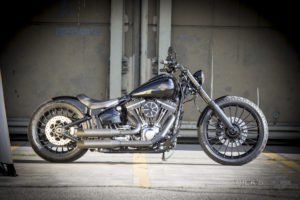 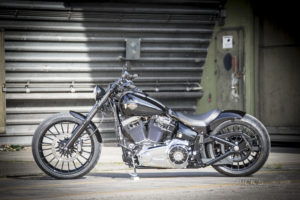 But if the rear fender was the most time-consuming task on this bike, let’s not forget the finer details. The pegs and the grips are also from Rick’s Motorcycles’ vast range of parts, and adjustable brake and clutch levers are some of the top sellers of the parts manufacturer and shouldn’t be missing on this bike. The same goes for the clutch cover from clear Makrolon glass, which offers an interesting look into the inside. Rick’s front wheel fender, ‘Good Guys’ air filter and a side license plate holder are also part of the Rick’s range. 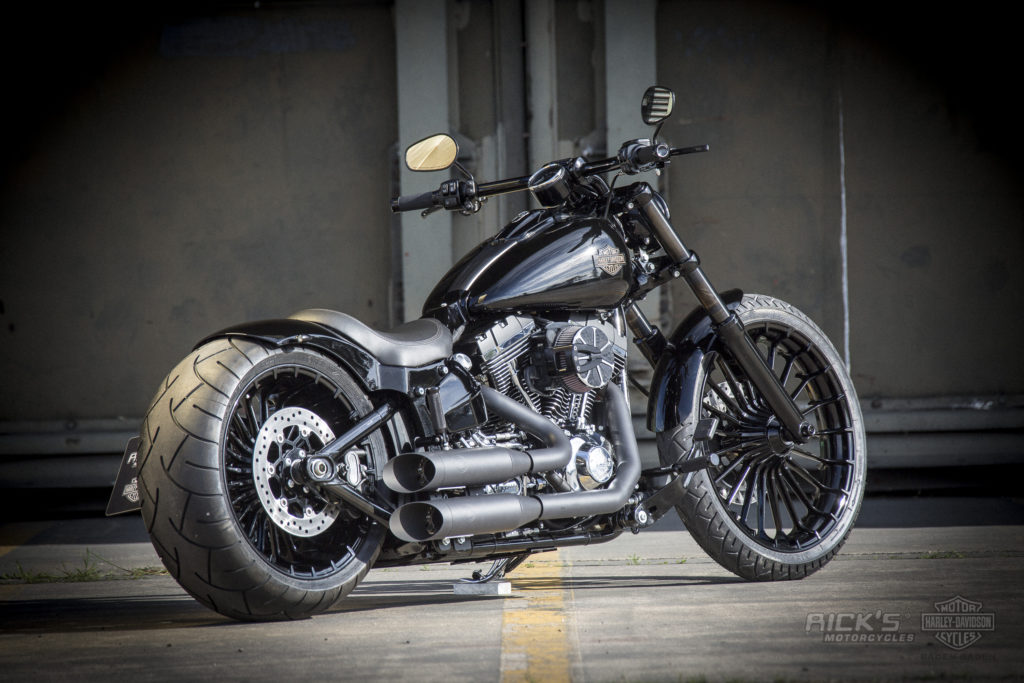 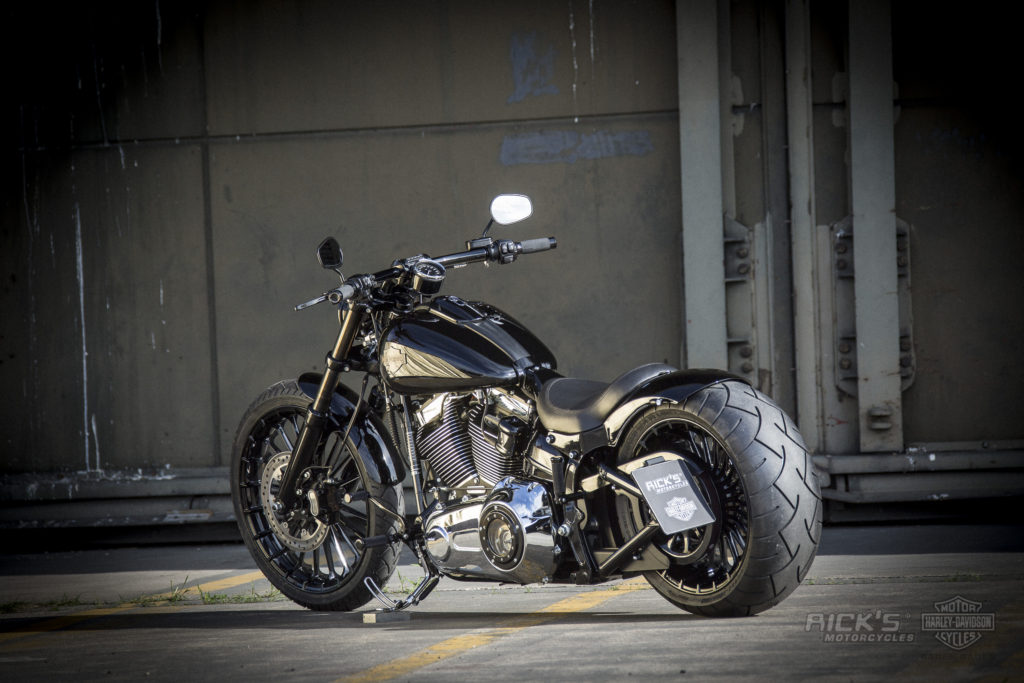