The recipe is as simple as it is convincing – and these images are visible proof: Take a touch of chrome, polished aluminum, add stainless steel – and lots of shiny black paint. Here’s the result! Harley-Davidson’s “Breakout” can be converted into an exciting drag-style lowrider with very little effort and modifications. Here’s another example from the workshops of Rick’s Motorcycles/Harley-Davidson Baden-Baden, with a few Rick’s Parts added an extremely refined and upgraded custom ride! 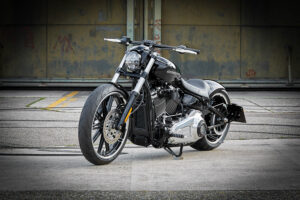 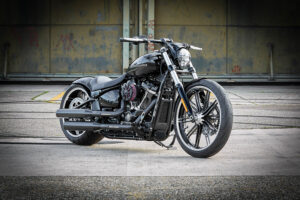 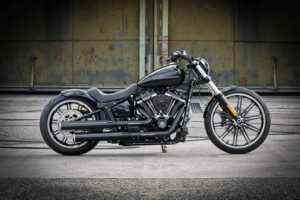 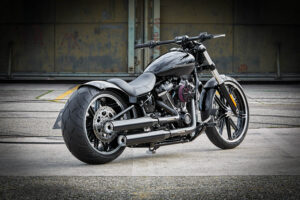 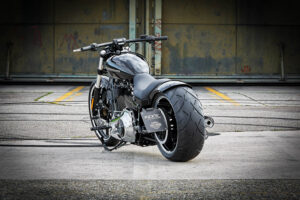 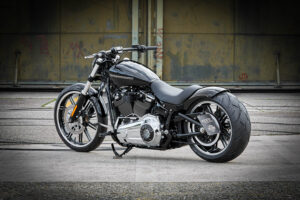 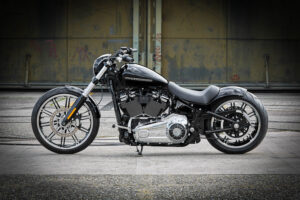 Even in stock condition, the “Breakout” pumps out a lot of horsepower: the 114cc Milwauke Eight is one of the “hottest irons” in the Harley program. Visually, the black engine with machined cooling fins offers a fine cut contrasting look, one that the fragile looking wheel design continues in the stock wheel configuration. Additionally, various engine parts have been coated black, further sharpening the contrasts. With just a few Rick’s extra’s, this is skillfully taken to the extreme: Rick’s “Breakout” tailend kit for 260 Metzeler tire, Air Suspension for the stock swingarm – and from the solid GRP base plate, included in the tailend kit, the Rick’s team upholstered a great seat that seamlessly connects to the stock tank with plenty of padding for longer tours on this gem! Rick’s standard on the hand-crafted full-metal tailend are Kellermann Atto DF multi-function LED’s, sidemount offset license plate and the stainless steel belt guard in the “full” version. 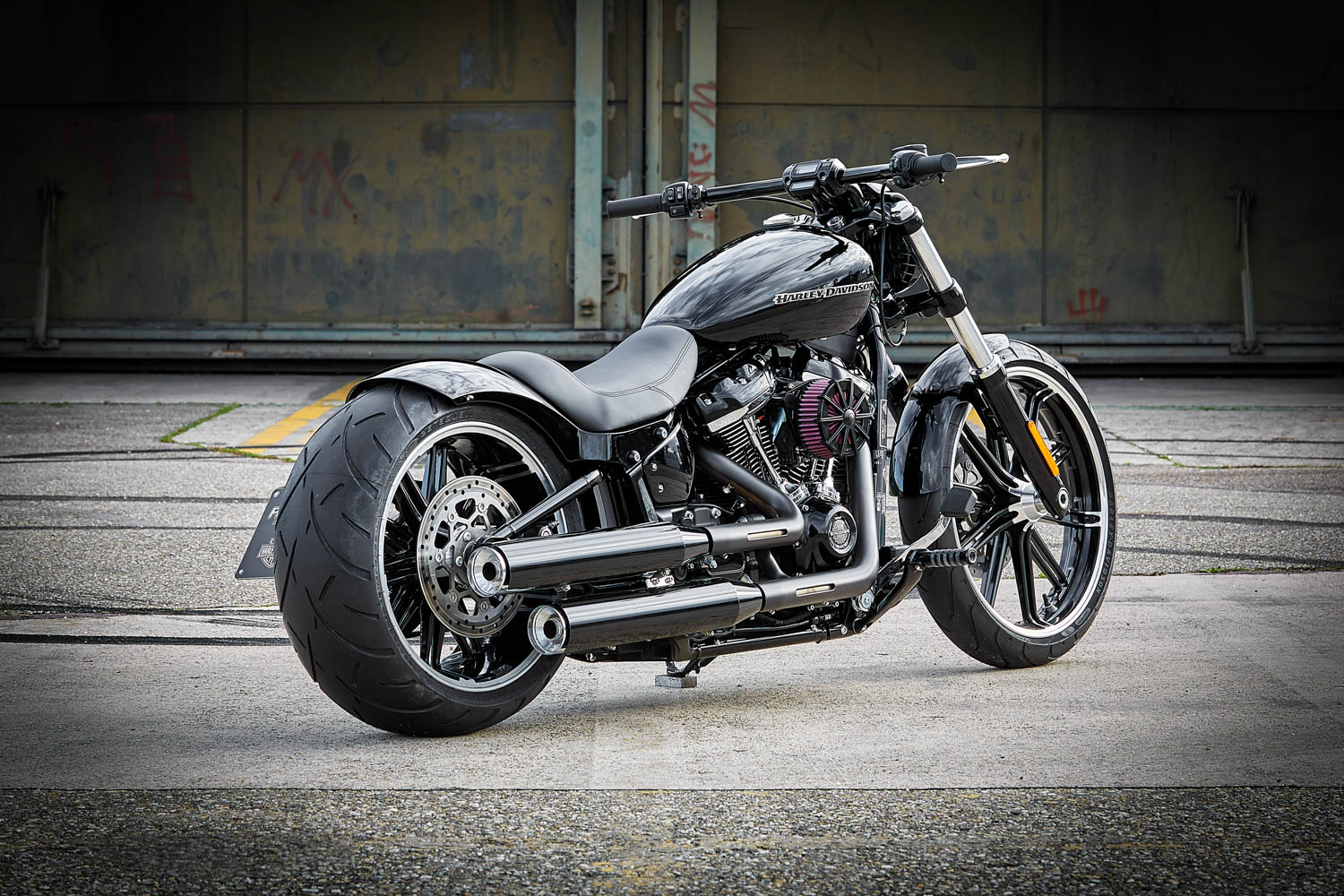 Again spanning the front wheel is a brandnew Rick’s full metal fender – close cut and mounted as close as possible above the tire. The chrome – metal – paint contrast theme continues seamlessly on the primary drive: Full chrome shine for the outer cover, while Rick’s “porthole” frame has been coated black. The window in the cover allows you to look deep into the function of primary drive and clutch action even when the motor is running. 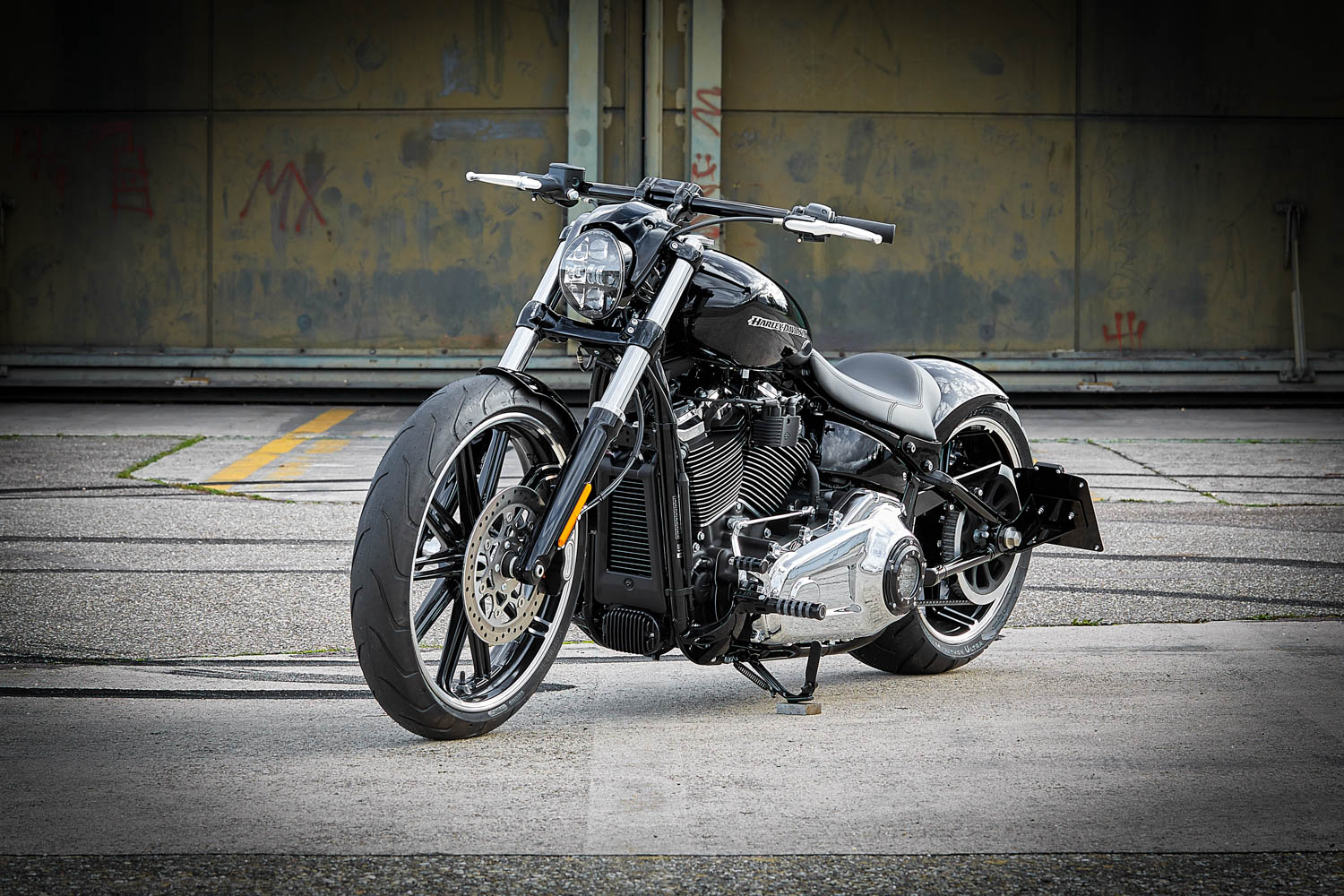 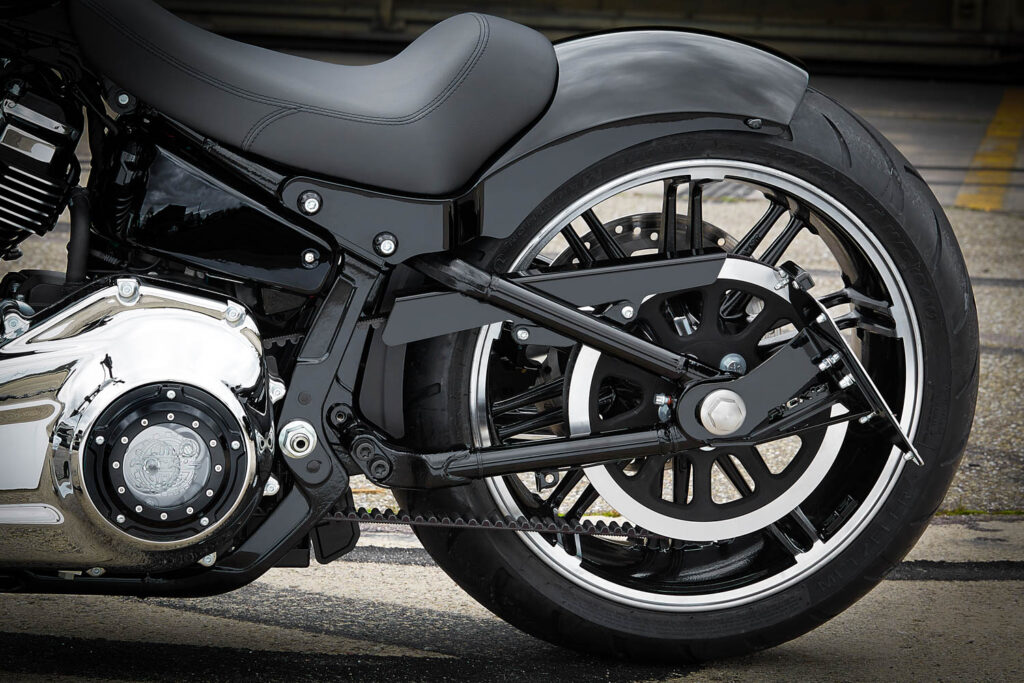 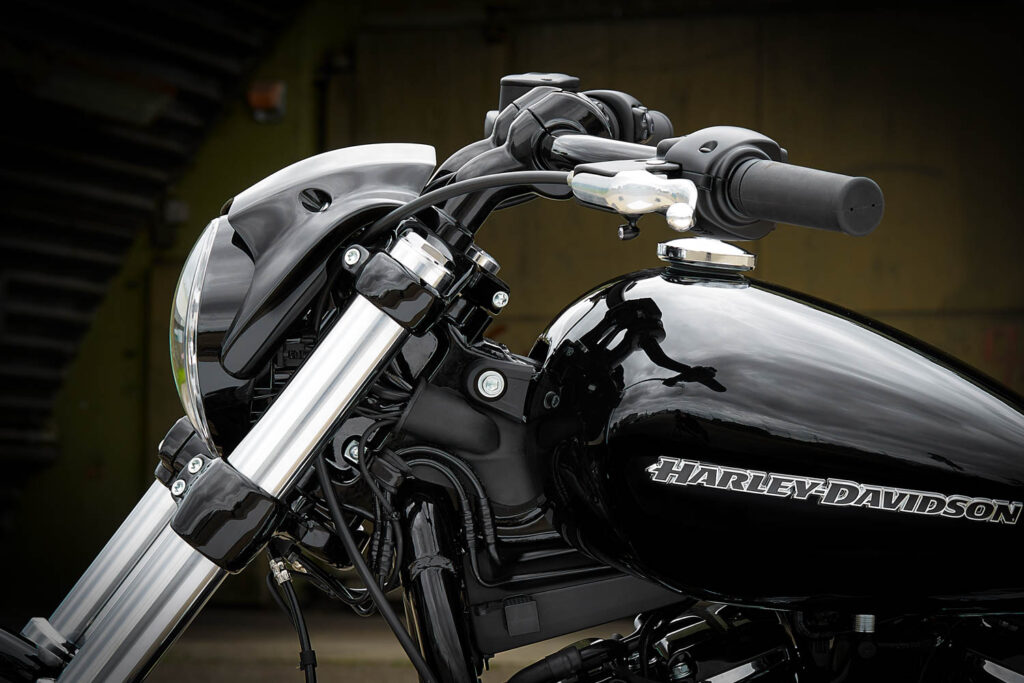 The AK 4.7 pegs are finished in black, while all linkages stand out in chrome. On the right side of the engine, Rick’s machined ignition cover contrasts with machined lettering and graphics while the transmission cover has been fully coated in black. Matching the stock wheels is Rick’s GG2 “SPOKE black” air cleaner. Had the stock spokes been “contrast cut” and machined over, a Good Guys II in “bicolor” version would have done the job as well. With the “Breakout” headlight mask to highlight the stock headlamp there is yet another “Dragstyle” accent to underline sportive ambitions. With little effort a very stylish and successful Rick’s Custombike: Definitely a “contrast program” to the stock ride!