The Harley-Davidson Fat Boy has always been a favourite model coming out of the Factory. Rick’s Motorcycles has been customizing the “fat boys” for years, which can be seen from the numerous bike features on this website. With the Continental GT, first came the idea for the paint, then the individual components were put together. 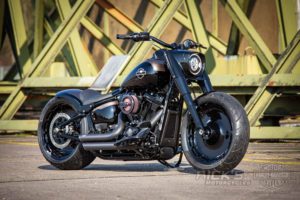 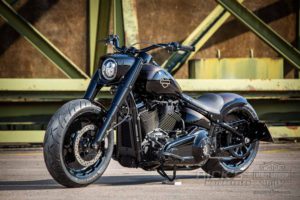 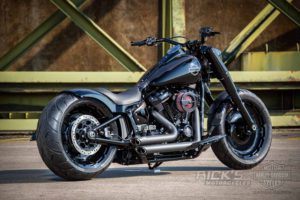 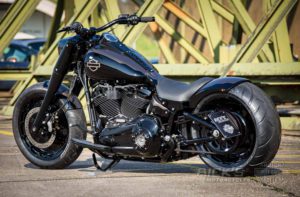 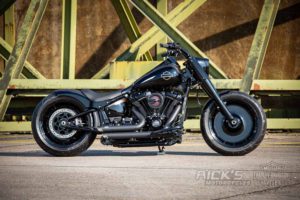 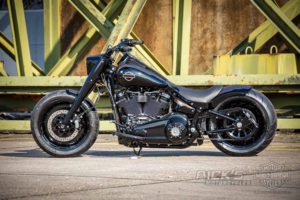 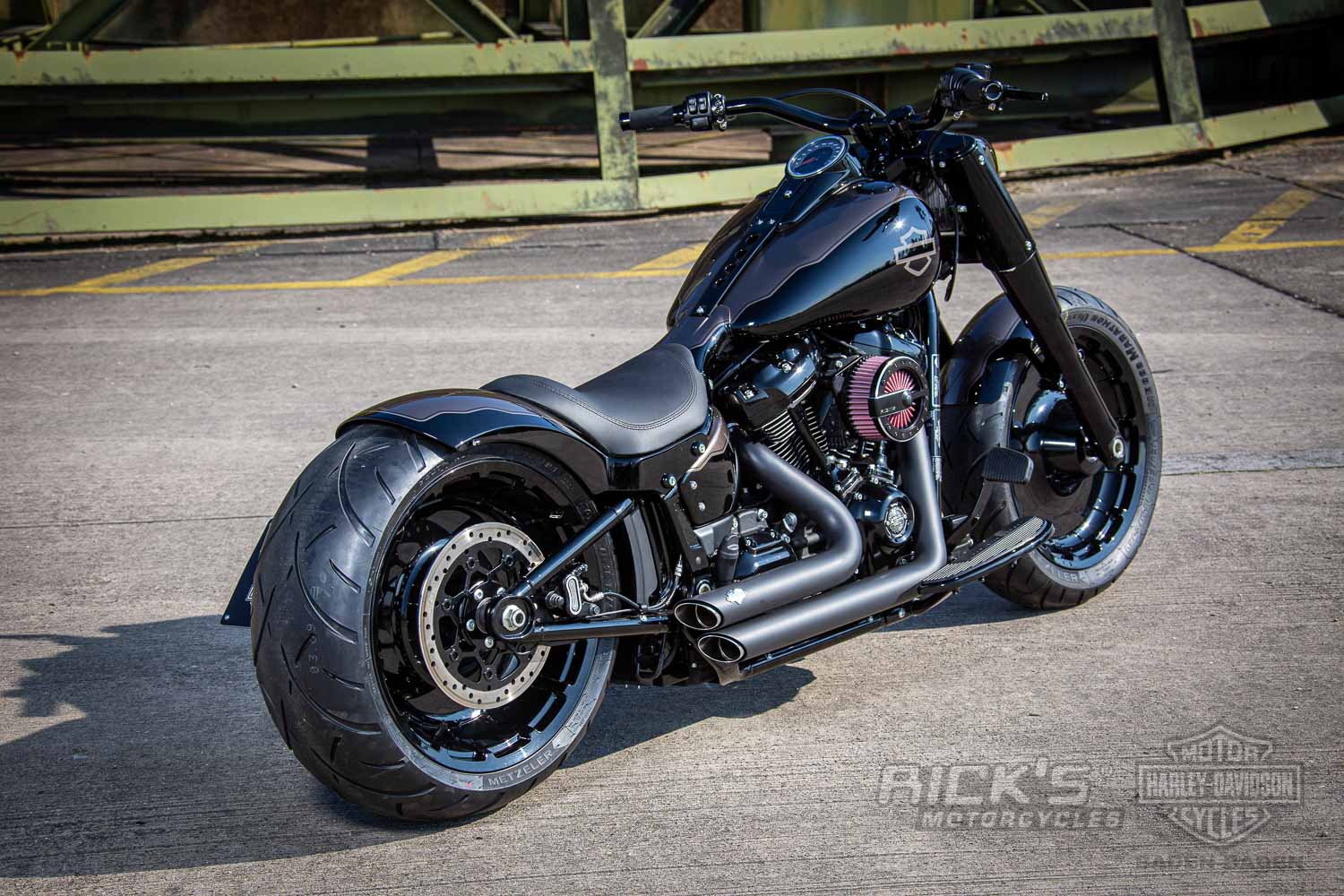 There is a car manufacturer which offers its luxury cars in a fine bronze tone, so no question that this tone can also lend a special touch to a Fat Boy. Rick’s Motorcycles has developed a large parts program for all Milwaukee-Eight Softail models, and variation possibilities seem endless. On this project, parts were selected that optimally emphasize the bronze tone. The bike had to look very noble, have surprising features but stay relatively affordable.

On top of the wish list was Rick’s fender kit. The fenders are made from steel, very compact and provide a clearly optimized line. Instead of the stock 240 tire, here a 260 is being used, which is the maximum possible with a stock swingarm and rim. The original wheels were shiny black coated by Rick’s, which further emphasizes the desired look.

With Rick’s airride system, the bike can be pumped to the desired height at any time. 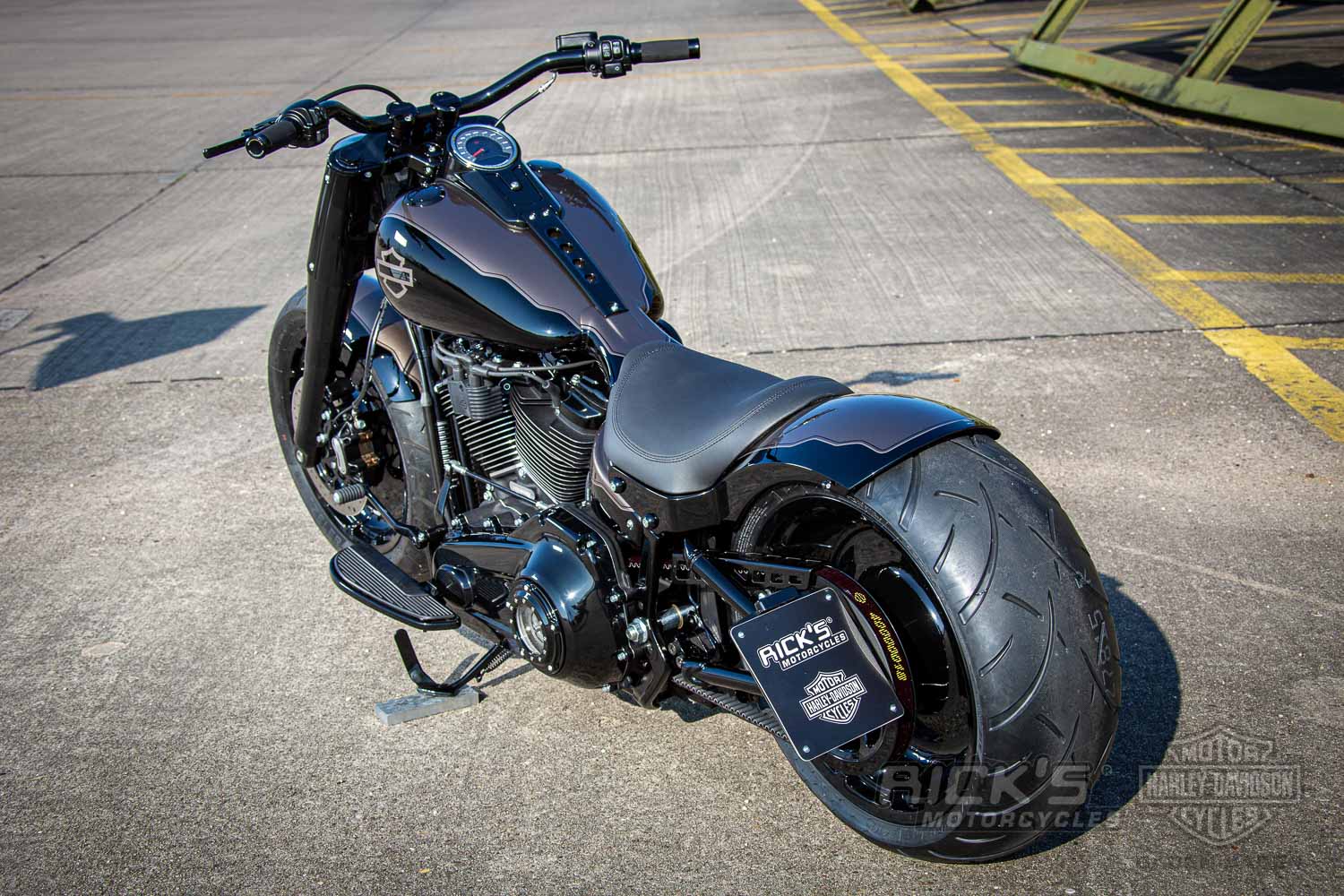 The handlebar is also a Rick’s product, called T14S. The name may sound sober, but it improves the sitting position, looks extremely good and is combined with Rick’s risers. All items are, of course, coated in black.

Special attention was paid to numerous smaller parts on this custom bike. First up the adjustable brake and clutch levers, also made by Rick’s. The distance to the grip can be adjusted even while riding, and if the lever length needs changing, a matching end piece is also supplied, with which the length can then be varied. These items were also used in deep black. 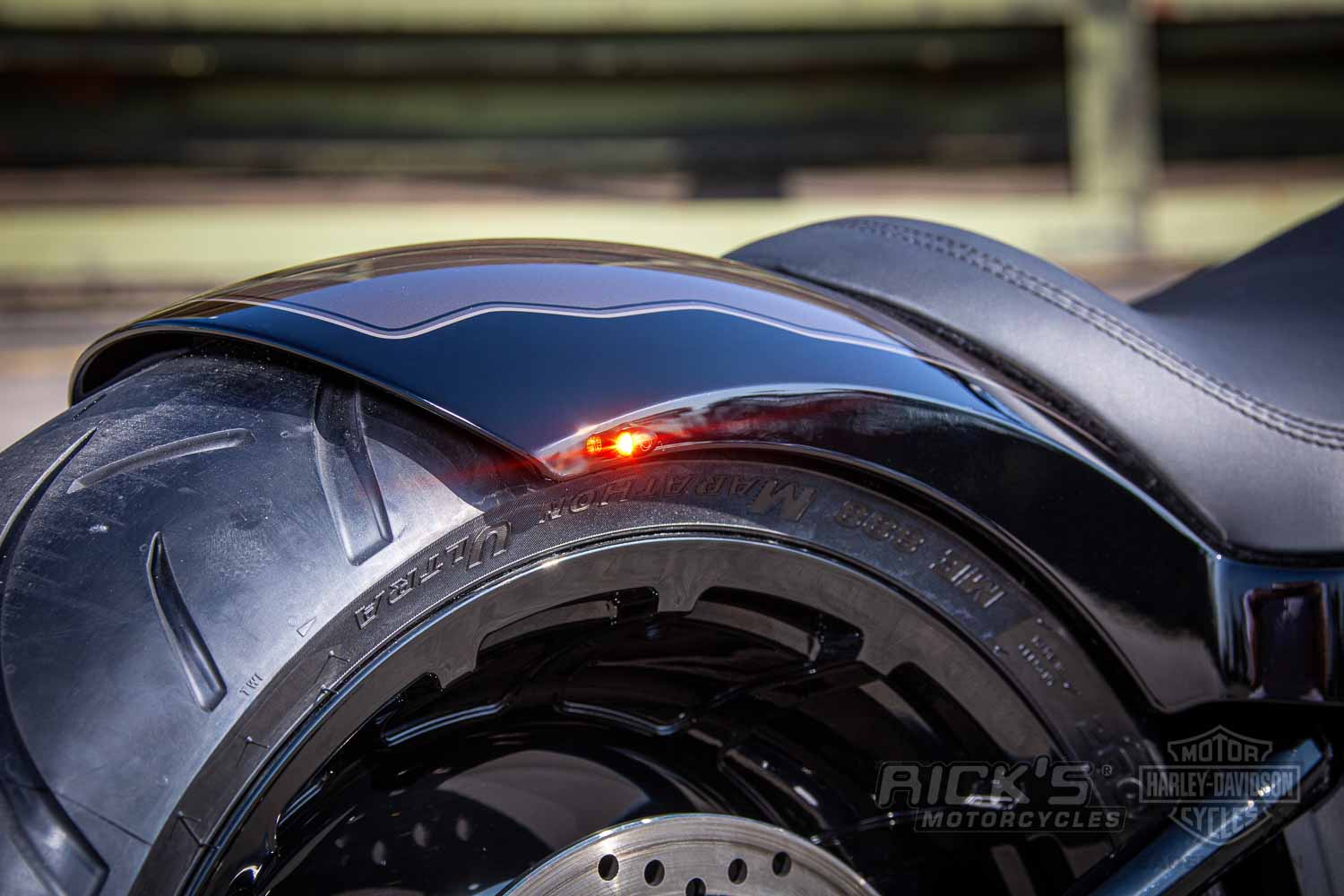 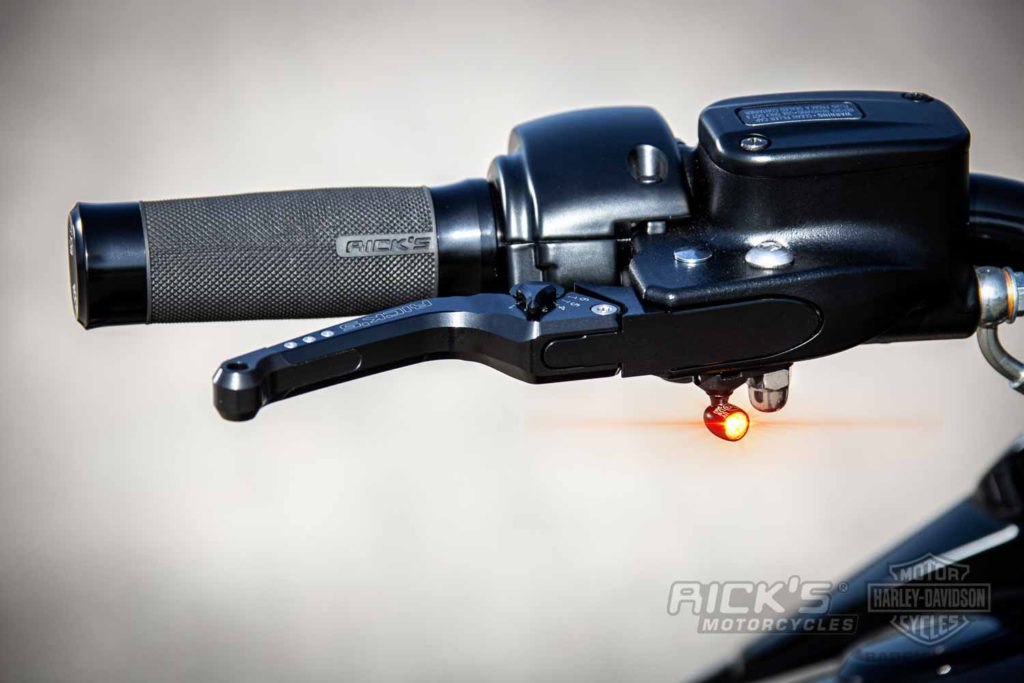 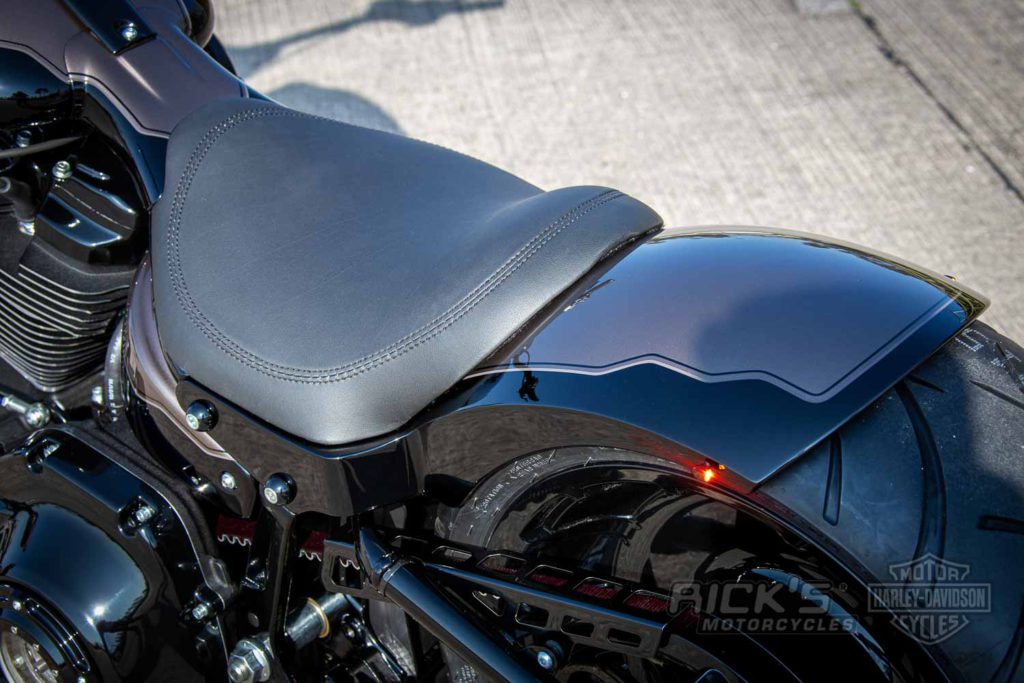 A real evergreen from Rick’s parts program is the air filter. This one is called “Bandit” and one of many designs on offer for almost all Harley-Davidson models. Another popular “it-piece” is the derby cover. Rick’s clutch covers have a Macrolon see-through window through which the clutch can be seen.

Rick’s belt cover, side license plate holder, pop-up tank lid and many other small details deserve being mentioned too. The smallest part on this Fat Boy, however, has the largest effect. We are talking about the indicators. Kellermann’s Atto is presently the smallest indicator with an ECE number on the market and is therefore street legal. The small lights at the rear come with the rear and brake light integrated. Mounting it at the rear is rather uncomplicated, but more difficult at the front. For this problem Rick’s has developed a special holder for the Kellermann indicators, which can now easily be mounted on the lower mirror screw.

The intended look for this custom bike has been achieved and the Continental GT looks smart and refined. The price is noticeably higher than that of a stock Fat Boy but stays affordable.