When the Harley-Davidson Street Bob models come out of the Factory, they are slim Bobbers with a dainty silhouette. No objections to that, but the filigree Bobber also suits a fat rear tire. Here Rick’s has implanted a fat 300 tire into the bike, with which the Street Bob makes a good figure. 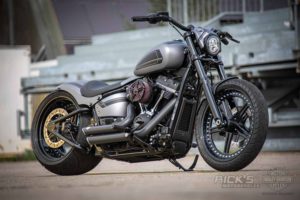 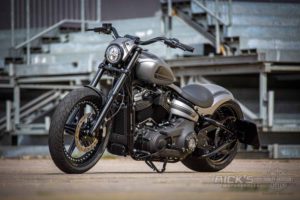 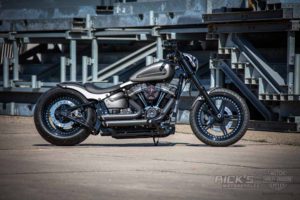 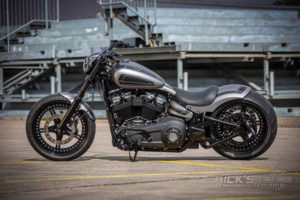 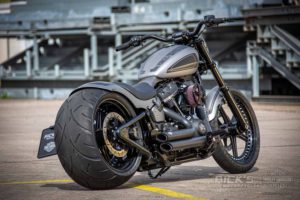 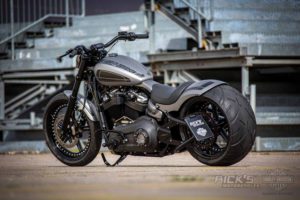 This 300 conversion by Rick’s Motorcycles looks almost as if it came out of the Factory, coherent and perfect into every detail. In reality, however, it is an enormous effort of technical development, design and skilled craftsmanship. In addition, it is necessary to comply with the strict rules of the regulatory authorities. In order to be able to integrate the XXL dimension at all, Rick’s had to exchange the complete rear part of the bike, starting with the swingarm, which has to be exchanged for a new one from Rick’s. The problem with a wide tire conversion is that the belt has to be led past the tire. Rick’s swingarm has an intermediary shaft and separates the original belt into two parts. While the first belt in the OE position is led onto the intermediate shaft, the second belt is located to the outside and led past the tire. This way, tires of any widths can be used and installed centered in relation to the bike’s axle. 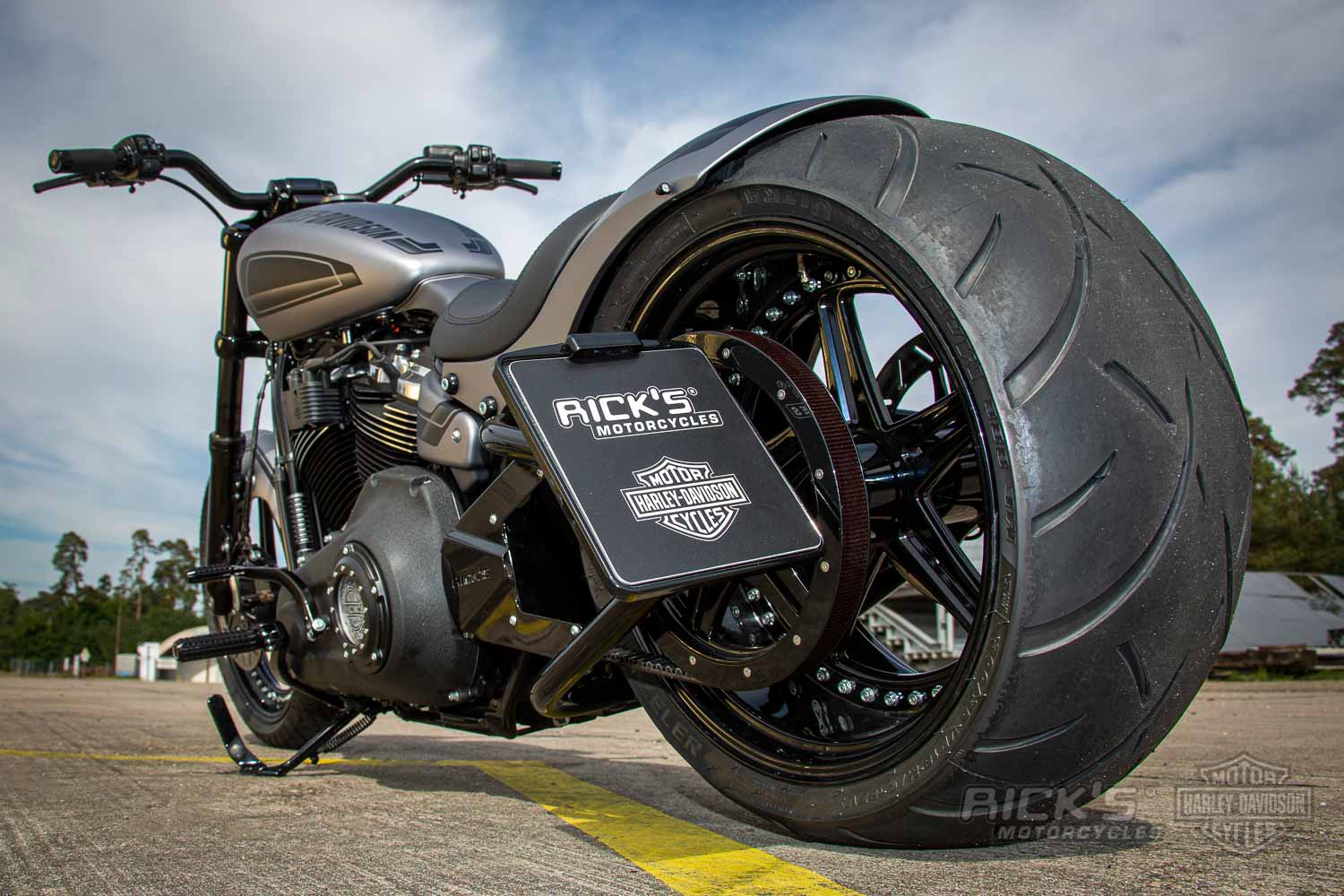 With the wide tire, the stock fender doesn’t fit any longer either. Rick’s Motorcycles makes steel rear fenders in various dimensions for almost all Harley-Davidson models. Characteristics of Rick’s fenders, in addition to a high quality, are a coherent design and a flowing line of the fender and struts assembly. In order to create a harmonious transition from the seat to the tank, Rick’s fender kits include a tank cover with which the flowing line is perfected. 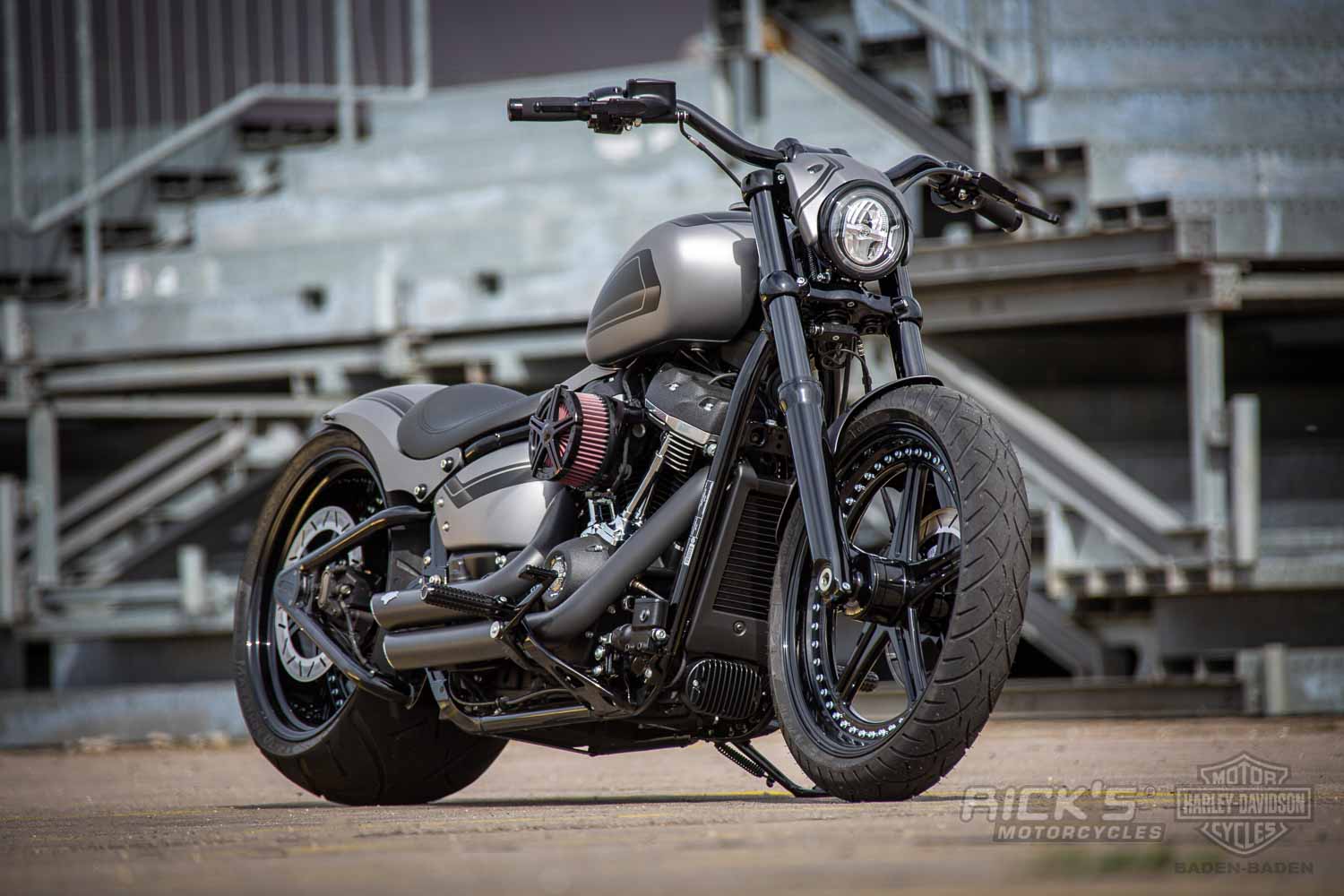 New wheels were also necessary for this conversion, and once again these were selected from their own parts program. In this case 3-piece assembled wheels with the name “Apollo” are being used. At the rear is a 10.5 x 18 inch and at the front a 3 x 19 inch. Matching the wheels, Rick’s brake discs in the same design were mounted, featuring 13 inches at the front with Rick’s brake caliper adapter for OE brake calipers. 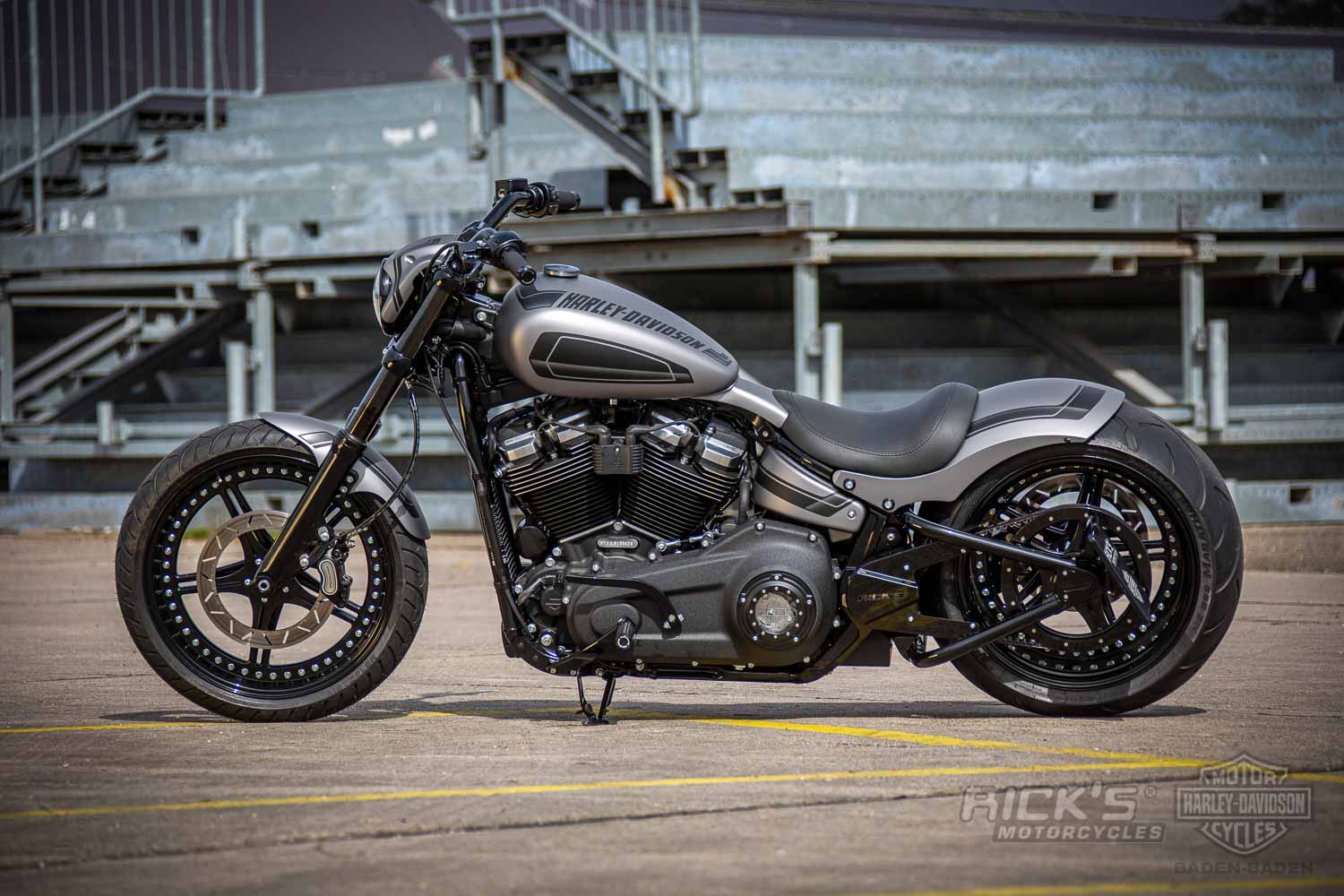 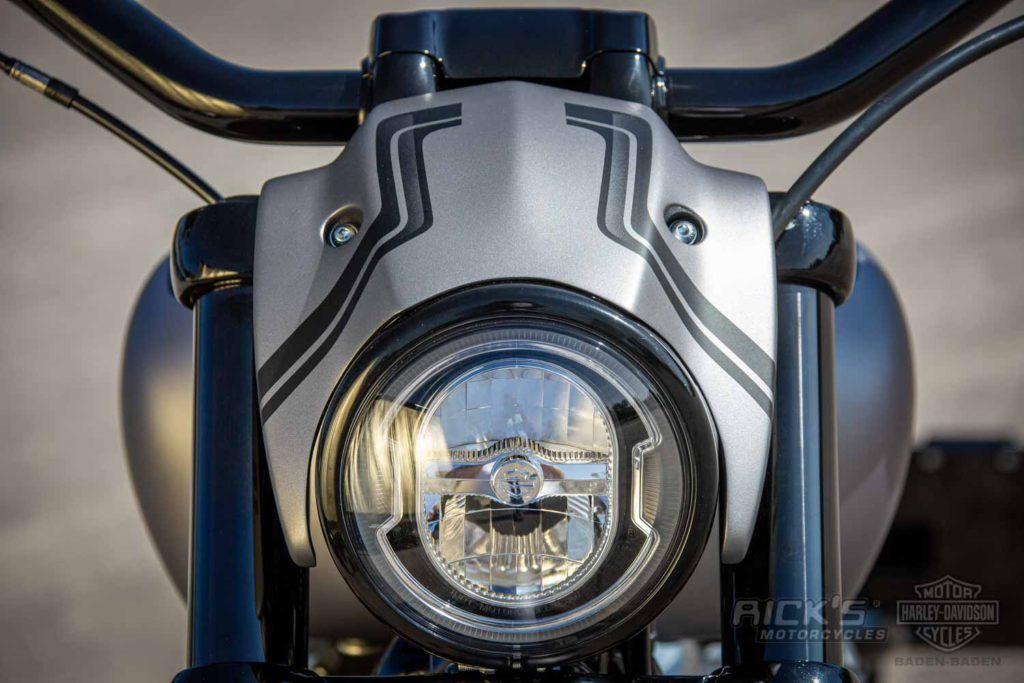 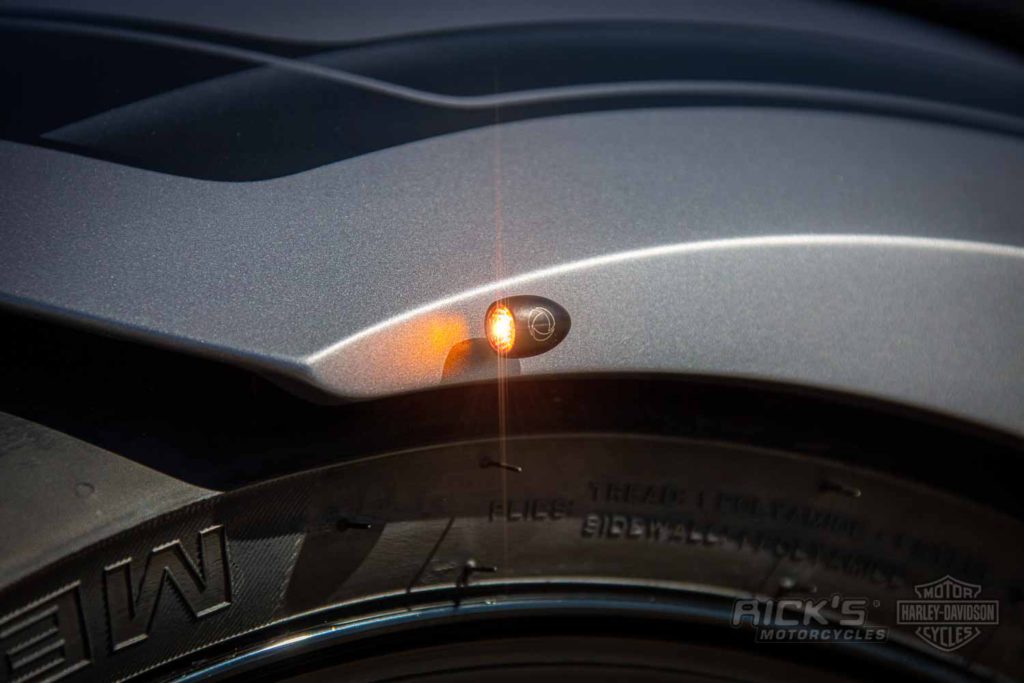 The rear conversion now being finished, let’s concentrate on the icing of the cake, the accessories that have been used. The front fender is also from Rick’s range, as is the air filter, which matches the wheel design and is available at Rick’s under the name “Apollo”. Rick’s foot controls are called AK4.7 and fit onto the stock location. Rick’s clutch covers offer a clear view of the rotating clutch thanks to a see-through window.

Rick’s Superbike handlebar was equipped with Rick’s grips. The adjustable brake and clutch levers are also real Rick’s classics. The lamp mask was originally created at Rick’s for the Breakout models, but with a new holder it also looks good on this Street Bob.

Even if an especially wide tire was used on this project, the indicators are the smallest models that are available with an ECE certification mark. At the rear, the Kellermann “Atto” 3 into 1 version indicators were screwed onto the fender, and at the front they are fixed with Rick’s indicator holders directly to the mirror screw below the instruments.

This conversion has proven that a Street Bob doesn’t necessarily have to appear dainty, but can also look good with an XXL rear part.