Rick’s is well known for many custom parts and bikes, which are all made to the highest perfection in Baden-Baden in southern Germany, and on this Harley-Davidson Fat Boy many of these parts were used. Especially striking is the 300 tire, but the question is, how this XXL tire fits into the swingarm. 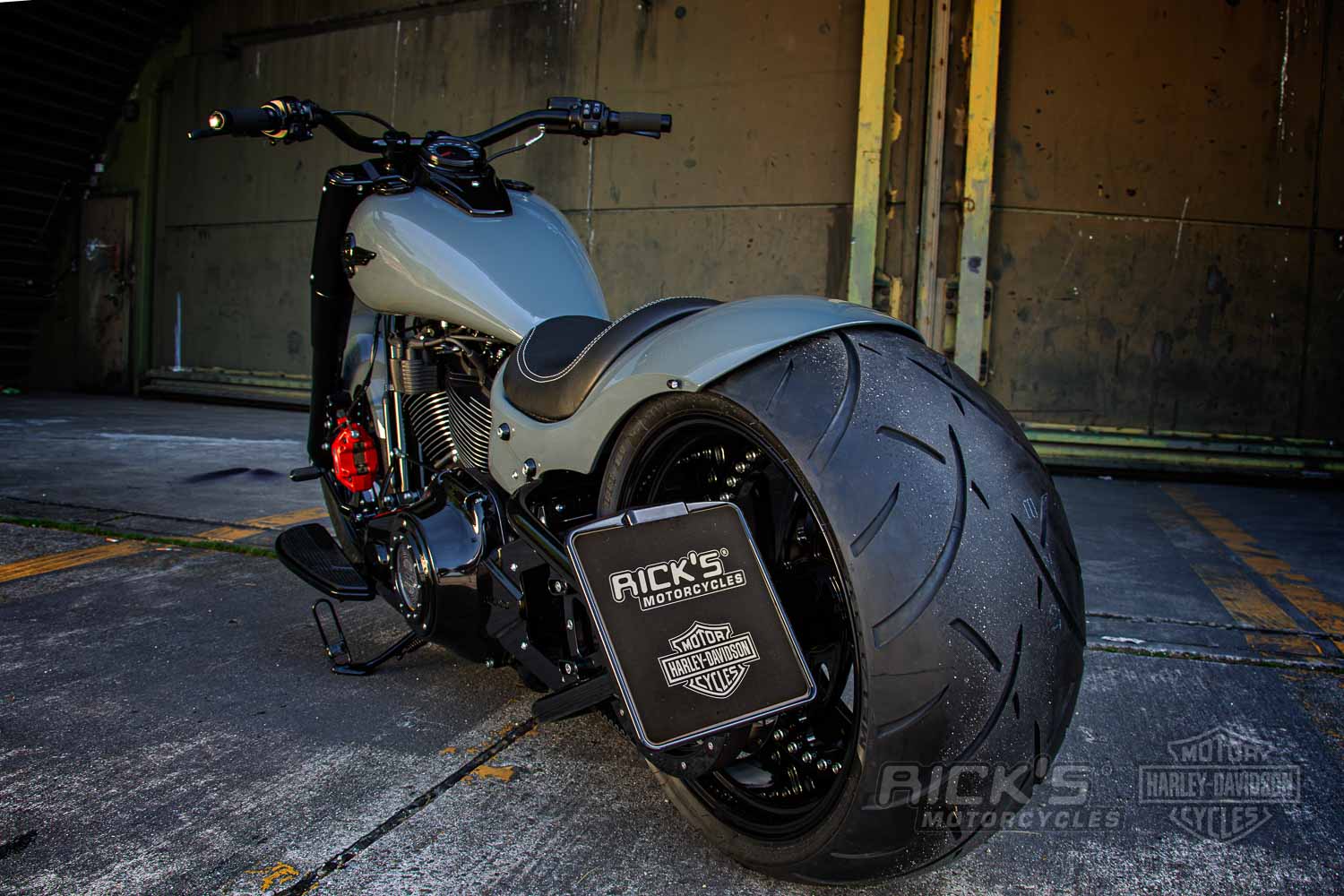 The answer is simple, it doesn’t. At least not into the stock swingarm, and a simple widening of the swingarm is not the solution. Rick’s already had a special swingarm for the Twin Cam models in the program, but with the new Milwaukee-Eight Softail models from 2018, everything changed, and nothing fitted any longer, and the whole swingarm construction had to be redrawn. The main problems with a wide tire conversion are, as already mentioned, that the wider tire does not fit the stock swingarm, but that’s not all, as the belt drive would also touch the wider tire. Before, the wheel was simply located a bit further to the right, and the primary with a tooth kit to the left. In this way it is possible to run the belt past the tire, but the motorcycle geometry suffers enormously. If the wheels don’t run centered, the first bend will present a problem. Rick’s found a solution, which in theory sounds simple, but is a challenge for the developers.

At Rick’s they split the belt drive into two parts and then inserted an intermediary shaft. In this way not only can the second belt be repositioned, but with this trick the wheel can also be centered, and it is surprising how even the smallest bends can be negotiated easily. The explanation sounds simple, but even with the experience and know-how gained from the Twin Cam swingarm, the new construction for the Milwaukee-Eight Softail models took a lot of time to develop as a Rick’s part not only has to be functional, but also has to work perfectly for many kilometres and make the TÜV testers happy too. 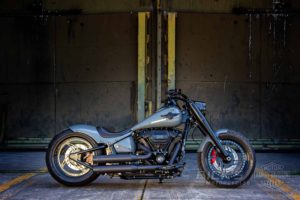 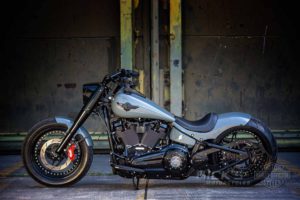 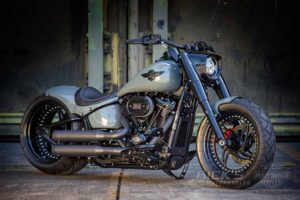 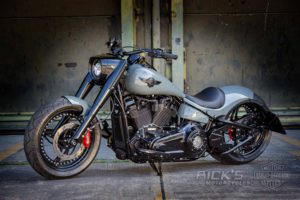 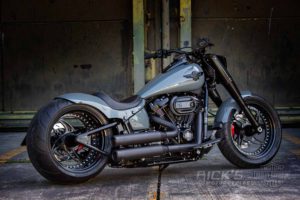 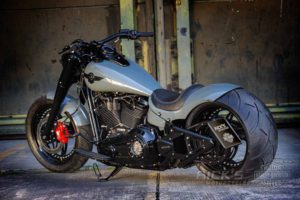 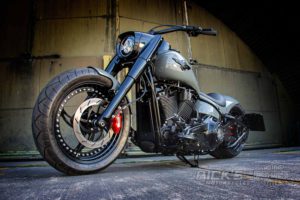 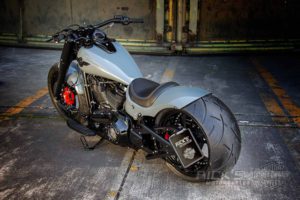 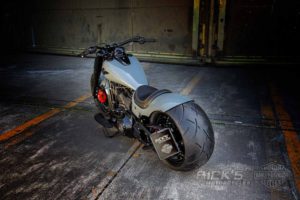 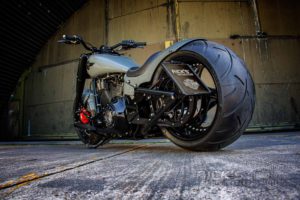 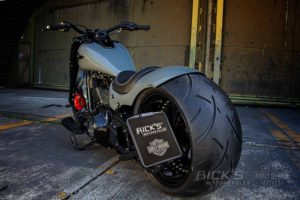 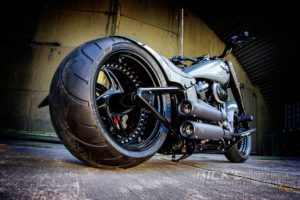 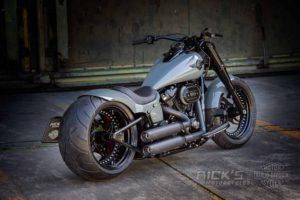 To make the rear comfortable and to give the stationary bike a flat silhouette, Rick’s used an airride system, with which the bike can be lowered and lifted at the push of a button. The rear fender was also made in the Baden-Baden workshops, and Rick’s has steel fenders in many dimensions for all Milwaukee-Eight Softail models. This short rear fender can be ordered individually or as a complete kit, as well as the front fender, which is made in small series. 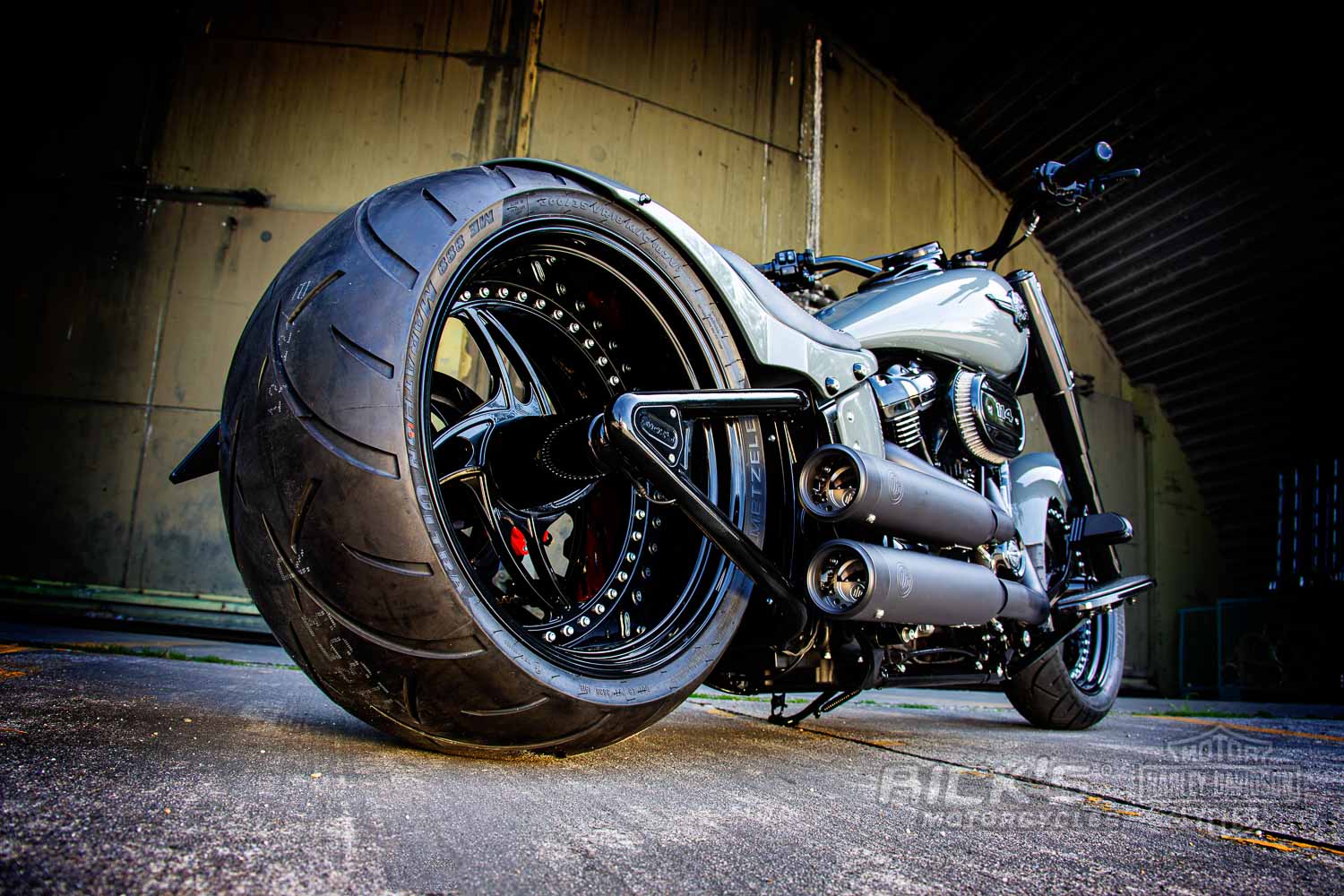 The third item that shapes the bike is the tank. The one that came from the factory in Milwaukee and was used on the original Fat Boy was embellished by Rick’s, and thanks to an elongation, the tank now stretches with a harmonious bow over both cylinders. Not surprisingly the wheels are also from Rick’s, as high-quality design wheels have always been a core product of the company. The 3-part bolted together “Freestyle” wheels were powder-coated black for this project. Matching the wheel design, Rick’s also made the brake discs used here. If you’re looking for the disc on the rear wheel, Rick’s Motorcycles has relocated this to the drive side. Now the “chocolate side” of the bike has an even cleaner look.

Having looked at the most important modifications which give this bike the typical Rick’s look, we should also check out the many small details that were integrated. Most of these come from production in Baden-Baden, for example the rider pegs or the handlebar and the grips. Brake and clutch levers are adjustable in length as well as for the distance to the grip to accommodate small or large hands and thicker or thinner gloves. A small but important detail worth looking at are the Kellermann Atto indicators at the front and rear. These 3 into 1 versions combine indicator, brake and rear light in a minute housing. At the front, simple indicators were necessary, which were mounted at the handlebar ends below the grips. Rick’s has also developed a special indicator holder for the Kellermann Atto, which is simply attached with the mirror acorn nut. 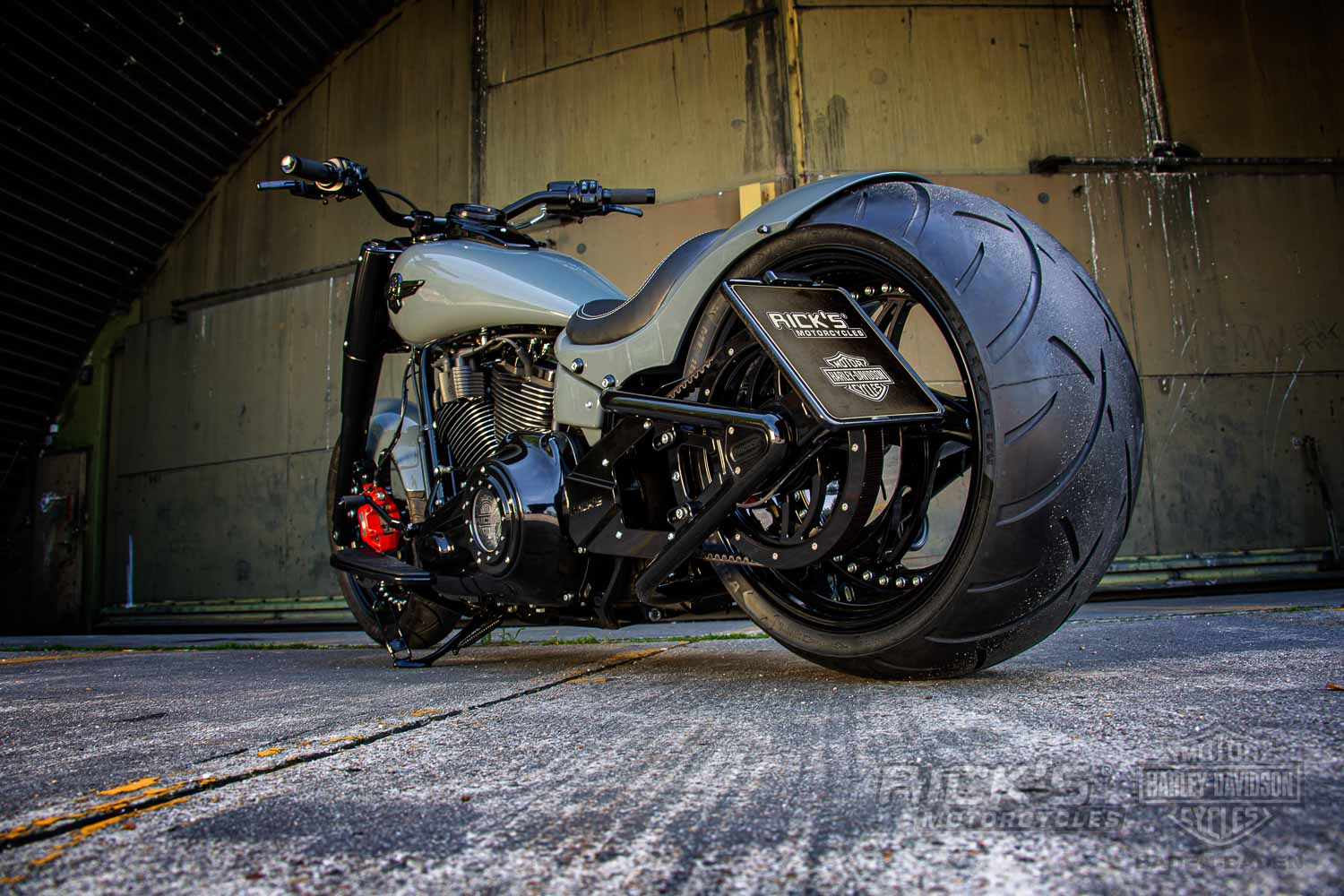 The sound of the bike is provided by a Kesstech exhaust with an adjustable flap system, which adjusts the sound to the riding situation. With a Kesstech system not only the sound is right, but also legal on European roads. 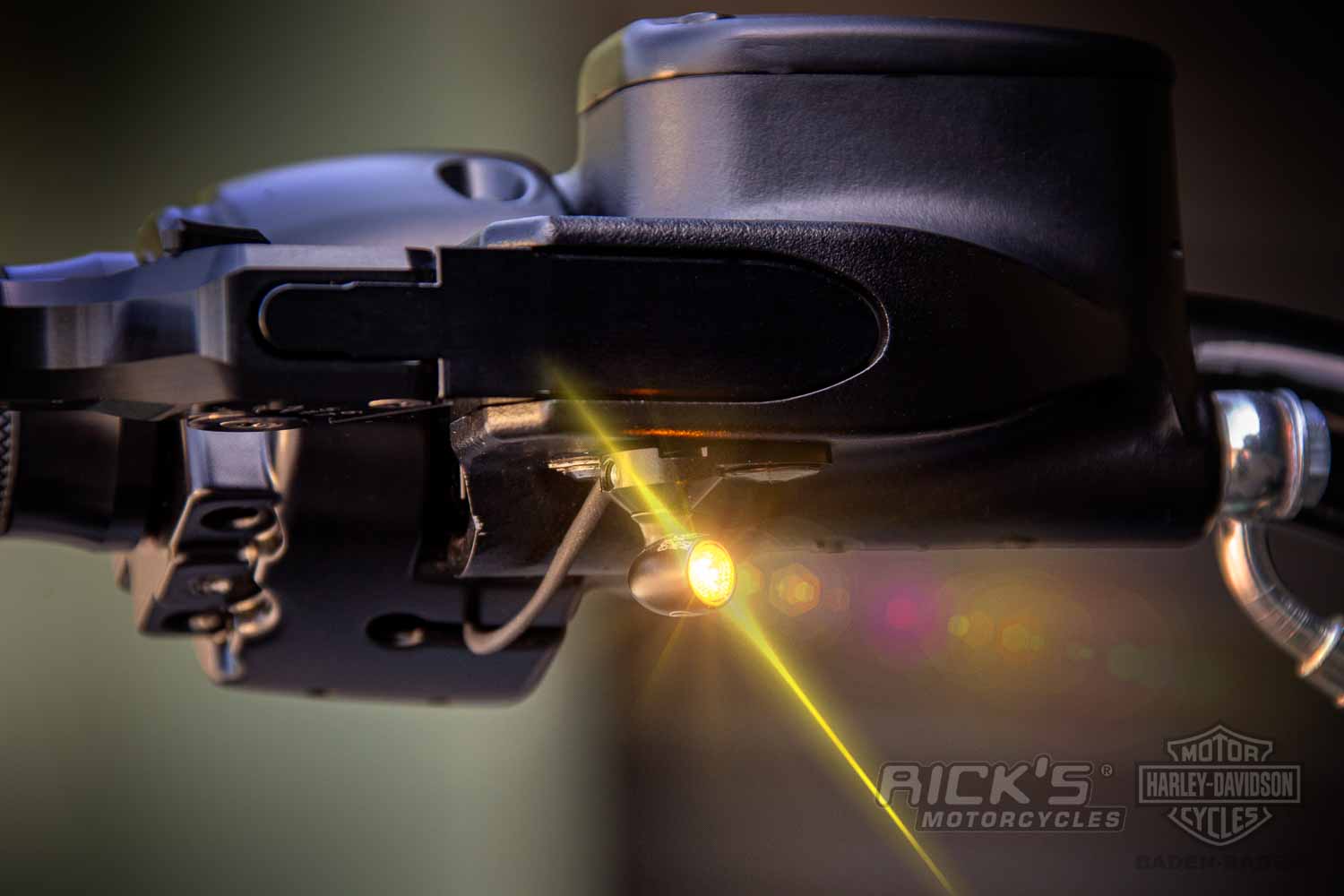 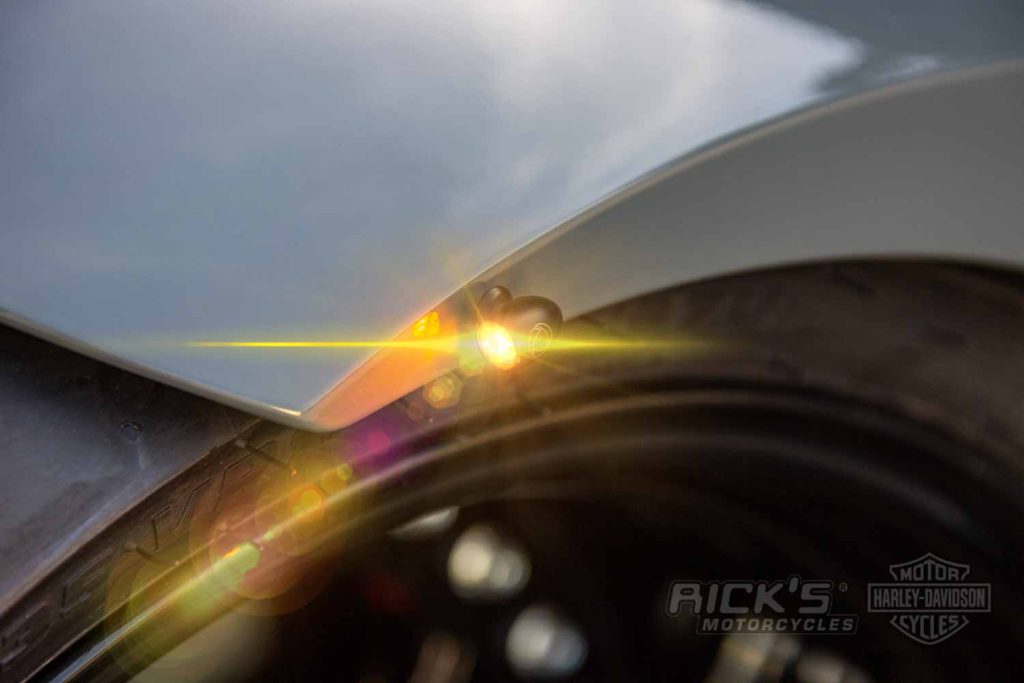 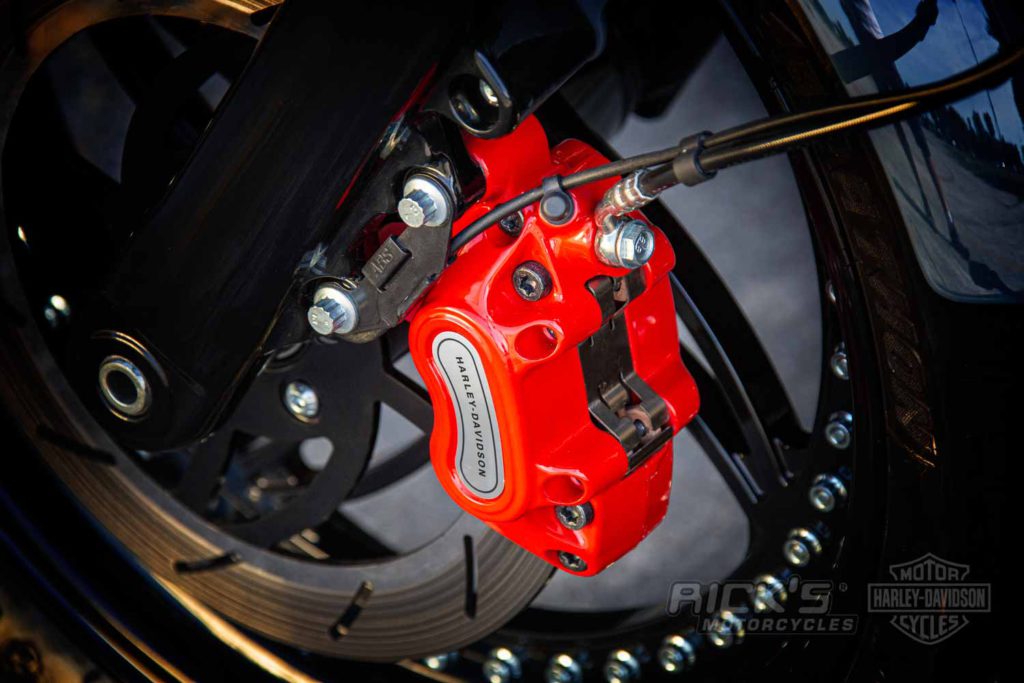 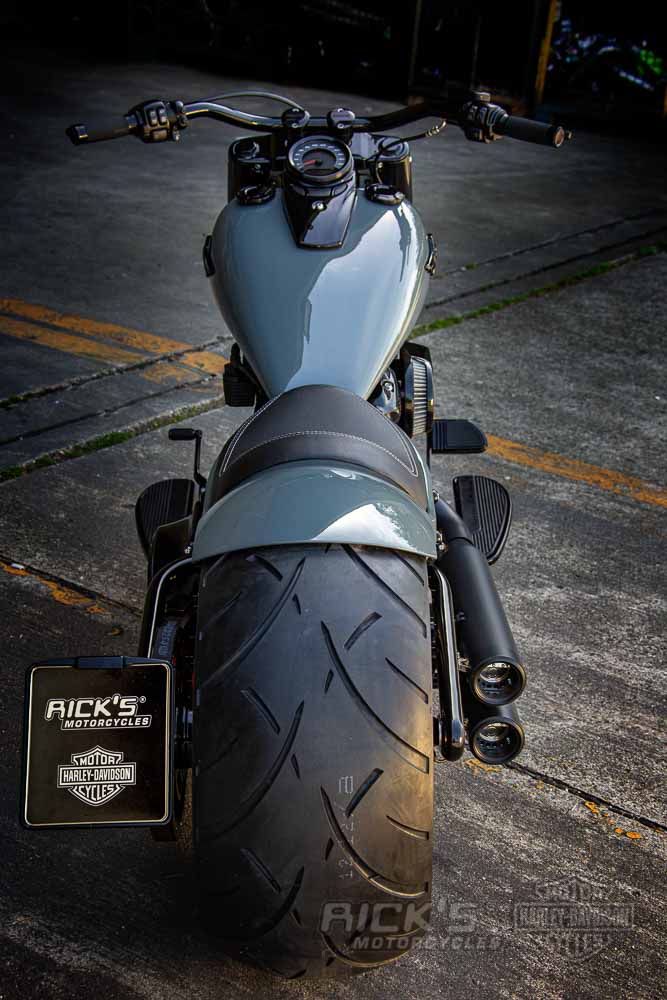