Rick’s “premieres” at Lake Faak in Austria have a tradition which is as old as the bike event in Kaernten itself: for years the “House of Custom” has had a firm place in the Custom Village by the Arneitz campground, and during the week boss Patrick “Rick” Knoerzer is available for the media for rides, photo sessions and general information. 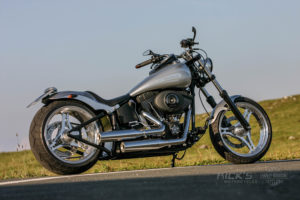 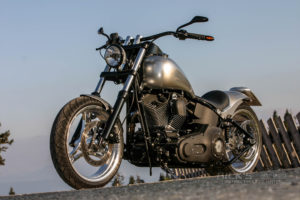 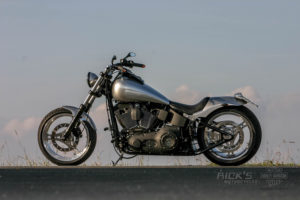 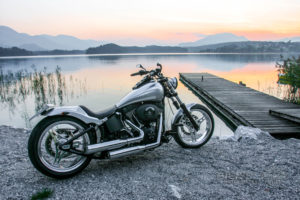 In 2005, European BikeWeek was held in the light of the presentation of new Rick’s products, whereby it was kept a secret until the last minute that there would be a completely new line of one-piece forged wheels. “Motographer” Horst Roesler was able to test the wheels on the Tuesday before the presentation on the 180 hp

V-Rod and a brand new customized ex Night Train on a dream track on the alpine road at Villach, and here are his impressions.

Even from a distance the Dobratsch mountain dominates the landscape to the west of Lake Faak. Its silhouette can be seen in the crystal clear water and its shadow descends over Villach long before the sun sinks on the horizon. Even in Roman times there were roads along its base, but only in modern times was the mountain world discovered with proper asphalt roads. Now 17 km of motorcycle bends creep up from Villach-West to the car park on the “Hochalm”, where the road ends long before the summit – a shame really, because the view is best from above the trees. The ideal test track for motorcycles, but always under threat of police cameras, who also want to profit from European BikeWeek! And also with the “Maut” of €7.20, the fee for driving along this road, it is clear that Schilling is simply converted into Euro. 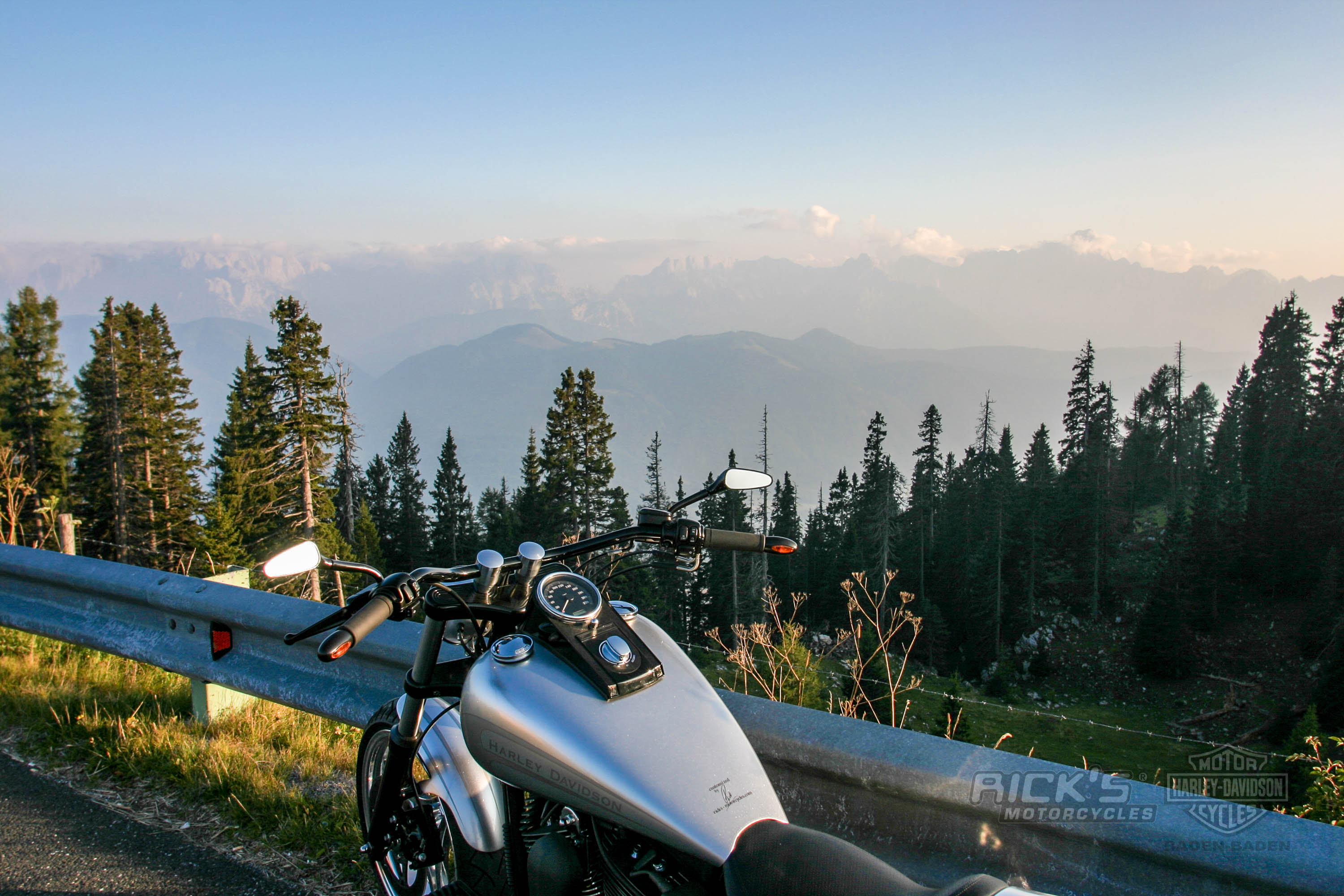 But for riding the Villach alpine road, this is good, because this high fee normally keeps a lot of other traffic away, and the road is in excellent condition. While Rick’s new one-piece wheels were still covered up at their stand, the two Rick’s bikes were wheeled onto the road, and in a short while were away from the lake and off into direction Villach. The 180 hp strong Rick’s Power-Rod has already been talked about in detail in previous stories, and even a new set of “Seven Sin” forged wheels makes no difference to the performance and power of this bike. The Dragster for the street with a unique electric shifter stays a monster machine with which to race up the Dobratsch mountain road and leave stock Harleys easily behind!

Not quite as powerful, but with a lot of character, Rick’s promotion bike “Night Train” reaches the summit car park. While Harley’s original looks rather more sombre – for this reason the Night Train is a cheaper Softail and a popular base for customization – Rick’s bike is almost a show bike. “We had so many requests for this bike at Faak that we have to have “Night Train” weeks at our workshop”, boss Patrick Knoerzer said after European BikeWeek, “I think we hit the jackpot with this bike!”

This can also be said about riding performance: while the stock Night Train takes some getting used to and on which the scant equipment is noticeable, Rick’s accessories and sharp look also ensure a balanced ride performance…the bike cruises safely along the serpentine bends. Rick’s foot controls can easily be reached also by smaller riders; the sitting position is relaxed.

The V-Twin pulls the bike easily out of the bends – and the new one-piece aluminium forged wheels look especially good on this bike. While on the Power-Rod a set of standard “Seven Sin” wheels have been used, Rick’s team used special “Mike” rims in “Cut-Out” look, where the complete raw wheel was machined again and the middle bar, which connects the spokes, was not only removed, but replaced, and then in Rick’s own polishing machine RIMEPOS highly polished. The additional work is reflected in the price, which is why this high-end version of the rims is only made to order, but there were many at Faak!

“We offer the equipment of the Night Train in stages, so that we can adjust a conversion in different price categories to the Harley owner’s purse”, says Rick, looking at the bike painted by in-house air brusher “Wild Air” Hoerby. “But all conversions share the same principle: they have been calculated sharply and include taking back stock parts which are not needed any longer. The costs: in case of a Night Train model from 2006 with stock tires, a set of 6×18” 200 tires onto a Rick’s design wheel, front 3.5×18” 130 tire onto a Rick’s design wheel, matching pulleys and brake discs, plus the metal work as shown here, Euro 26,790.

This is step 1. The wide tire version with swingarm kit and 260 tires on a 9×18” Rick’s design wheel is Euro 31,220, and the top end version shown here with drive-side brake system and complete paint job is normally Euro 38,900.

The first custom bike, worldwide, fitted with Rick’s wheels is presently on offer as a show bike for Euro 34,999!

When equipping the “Day Train” Rick’s team excelled itself: Thomas Bockhold is the man in Rick’s team who carries out the metal work, which comprises series parts and one-offs, fenders as for “Day Train” and perfectly made tank elongations. Front and rear fenders from Rick’s are “Full Metal Jacket”. From Rick’s catalog are also the triple trees, forward controls, handlebar and of course the complete rear conversion kit, which ends in a Rick’s drive side brake system. For the clean look at the rear the brake disc is hidden behind the drive pulley and leaves the right wheel side clear for envious looks. All in matching design, because the brake discs and belt pulleys match the new one-piece forged wheels. For a view into the primary a bullseye cover from Rick’s program was used. The 240 Metzeler on the 8,5” rim offers a “fat” look, without harming the riding performance. The bike is easy to handle in bends, and after a photo session in last sunlight, and with the high altitude air becoming cooler, it was time to descend from the mountain, which proved the brakes to be performing perfectly.

The comparison to the basis model is like day and night, which is why we gave this bike its name…”Day Train”. A high-speed train as a daily ride – and not only at Lake Faak…