Black, low, fat rear and elegant on top? It is, of course, Rick’s Softail Slim from Baden-Baden!

With some custom bikes one can see immediately where they have been built. The lines, the care of execution and the elegant impression which the machine makes, even when standing still, are always good indicators. To see on most parts the Rick’s Motorcycles logo makes identification of course easier. Up to now Rick’s team always succeeded to give new Harley-Davidson models the typical Rick’s look, whereby the 2015 introduced Softail Slim makes an easy base: already the powerhouse, the 110 ci Screamin’ Eagle Twin Cam B is one of the hottest engines available from the Factory! 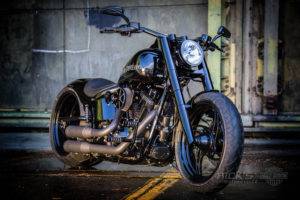 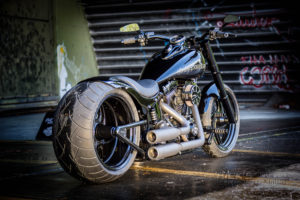 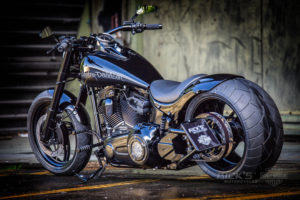 Flashback to Rick’s Harley Days 2015: the Harley-Davidson demo rides are always a sought-after program highlight at Rick’s Harley Days, but that year the requests for a new model were exploding, and which every rider wanted to try out. Focal point was the new Softail Slim: with olive green paint and a white star on the tank, almost like an army bike, footboards and a low sitting position borrowed from the Fat Boy, and fat spoke wheels in Bobber style.

But what made the Slim so desirable that weekend was the motor:

110 ci V-Twin power make every rider return with a smile on his face.

On Sunday the machine was taken out of the normal demo ride schedule and every rider sent for 10 minutes on a shortened track. The result: beaming faces! No wonder that after that the orders for the Slim models with the 110-inch motor increased, which, as a consequence, meant additional work for the in-house custom workshop. Few of Rick’s customers can escape the fascination of the customized bikes that are sometimes parked in the showroom, which is why many when buying a new bike flirt with the idea of customization.

Rick’s customer Andreas decided to opt immediately for the “full package” and had his Slim customized into a true Rick’s bike of the finest kind: in case of the Slim a rather radical step, which in principle only left the frame and the motor/gearbox unit untouched. If you look closely, you still see on the tank the original instrument console of the Slim, while the stock tank from Rick’s metal workshop was stretched and attached to the seat/fender combination. The short rear fender above the 300 Metzeler is made individually for every Rick’s custom bike and convinces with excellent fit and load capacity. Taking passengers – thanks to the attached passenger footboards – is never a problem, guaranteed by the high tensile metal work of the whole build. 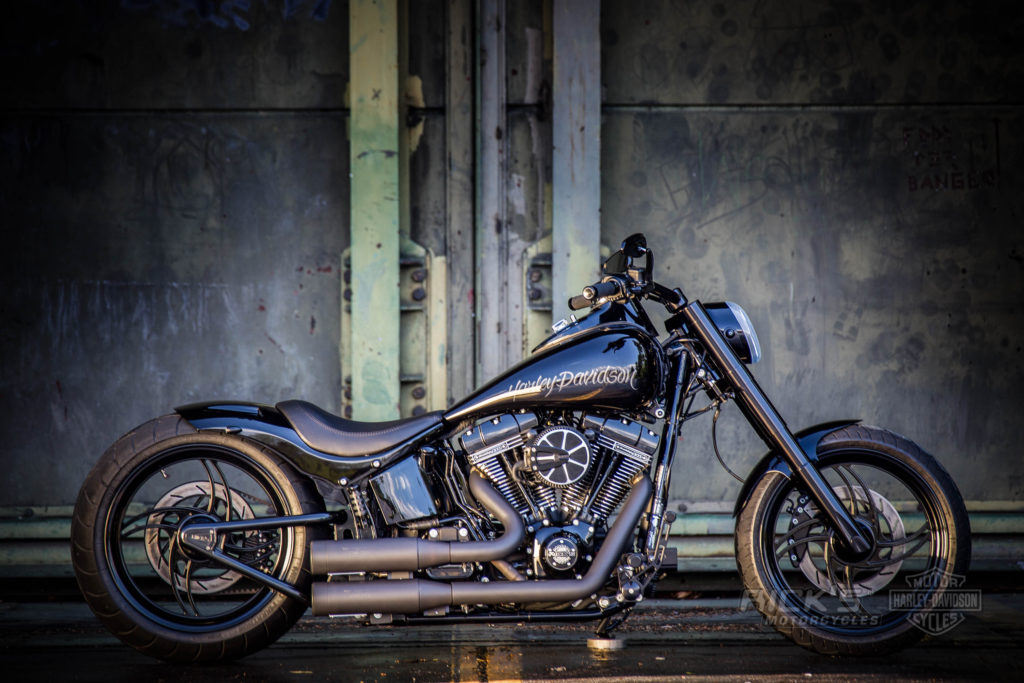 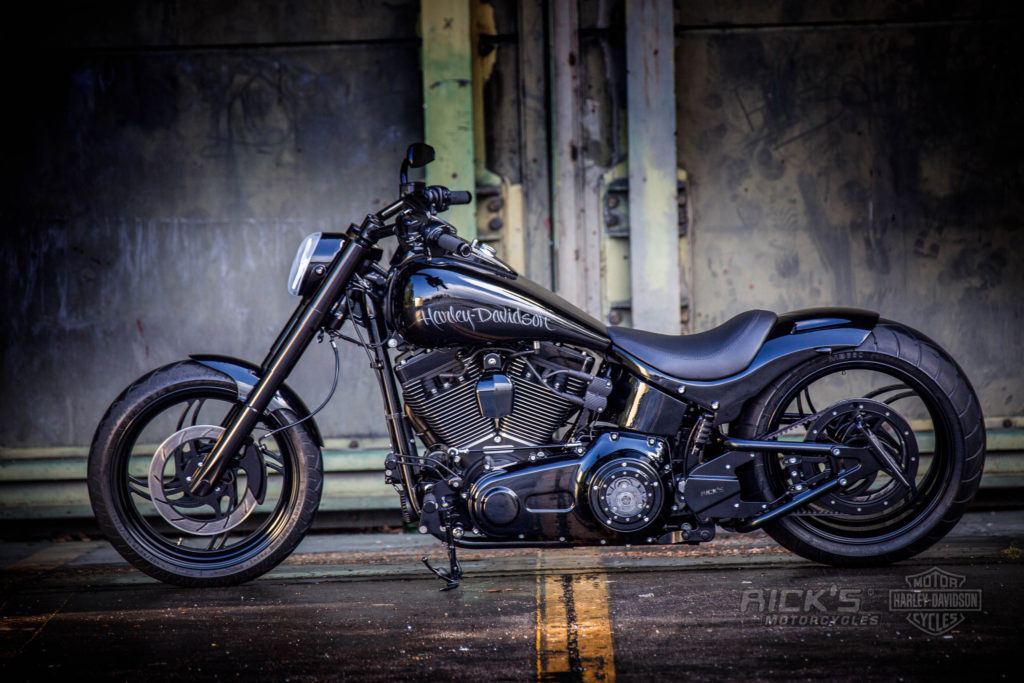 Below that, in many custom bikes, sits the proven “Fat Ass” swingarm kit with Rick’s drive side brake and the matching pulley. The offset arrangement with two separate belt drives, which, due to the power transmission at the swingarm center, are less strained than the stock belt and allows a cleaner look with a free view onto Rick’s design wheels, in this case the finely cut “Freestyle” welded wheels in one-piece design.

While the rear of the bike has additionally been “fattened up”, the front received a slim down with Rick’s components. The huge FL fork was replaced with a new Rick’s fork, the metal covered “anti-aircraft gun” headlight with an elegantly angled V-Rod headlight. Rick’s “Freestyle” wheel and a closely hugging fender were, of course, a must.

Also in terms of accessories, parts from Rick’s catalog dominate, in particular the tried and tested foot controls, which have for years been an insider tip in the customizing scene due to their exact gear switch positions. Who has once ridden with Rick’s gear switches, doesn’t want to do without them! The new “Good Guys” grips and adjustable levers are on the right track of also reaching this cult status.

“Dark Slim” is another custom bike conversion from the custom shop at Baden-Baden and shows once again what Rick’s team can achieve, especially when the basis of the Harley-Davidson is already so perfect…