Oh my God, there she is… the next Harley-Davidson FXDR, which was customized with many of Rick’s custom parts. To be precise, the order was “anything goes” to underline the sporty character without destroying the actual FXDR concept. At Rick’s Motorcycles they developed parts especially for this model, but many custom parts from the comprehensive portfolio of the manufacturer will of course also fit. 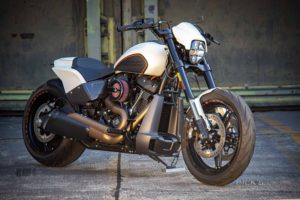 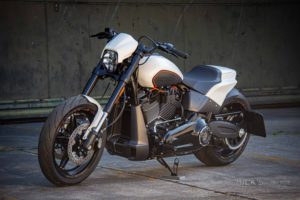 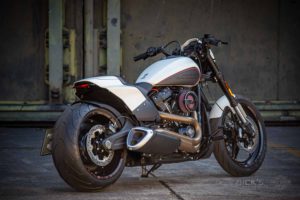 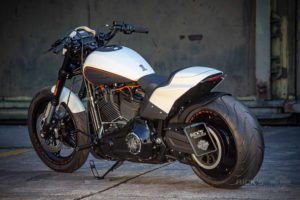 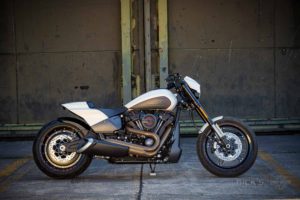 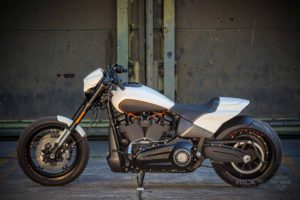 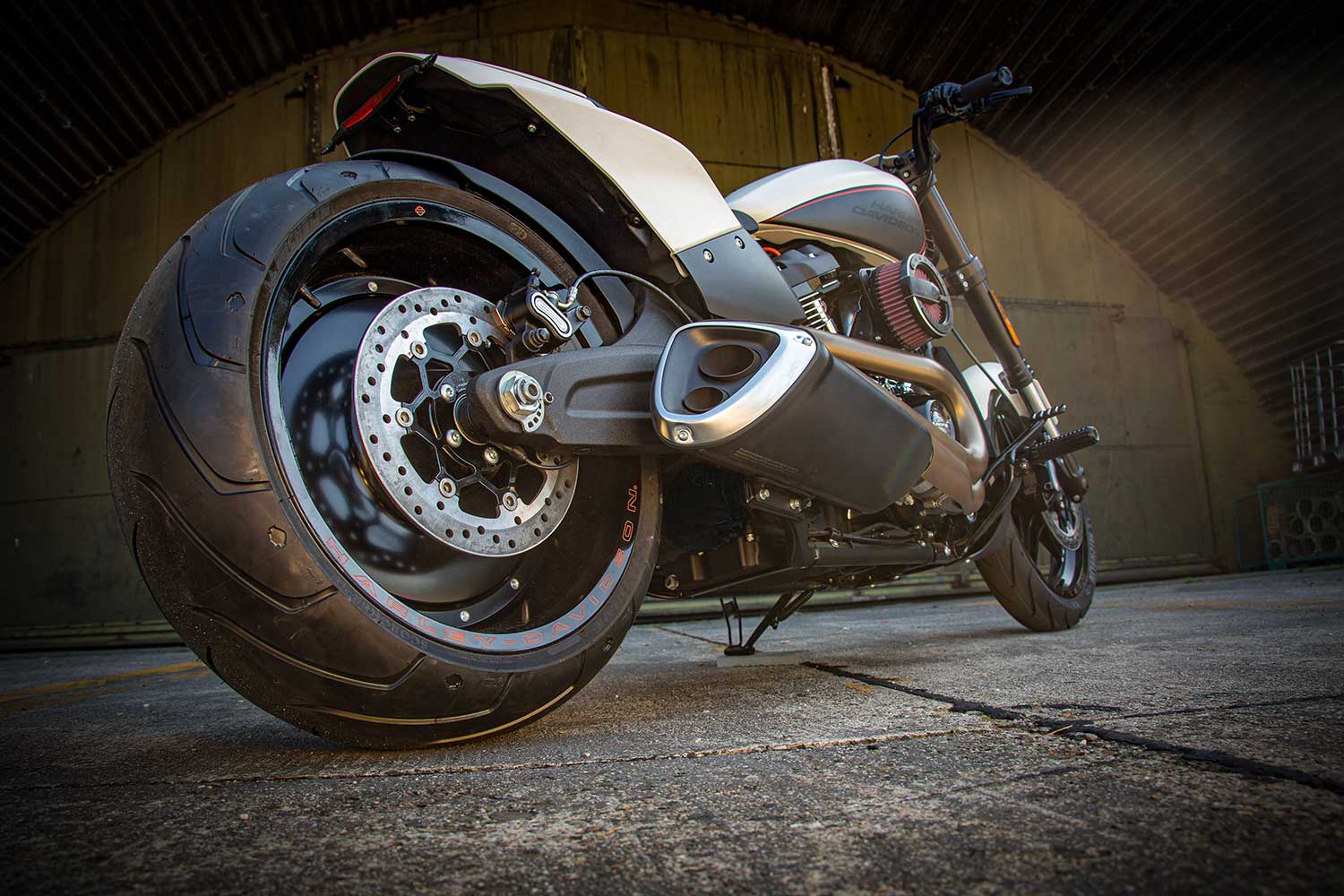 Let’s first mention the parts that were especially developed by Rick’s Motorcycles for the FXDR. The most striking modification is at the rear. The stock version has a massive bar on which the license plate, the indicators and rear lights were nailed, and that part was changed completely by Rick’s. Next came the wheel cover, which on the stock version also needs improving. Instead Rick’s made a steel fender which hugs the tire and emphasizes the contours of the bike. 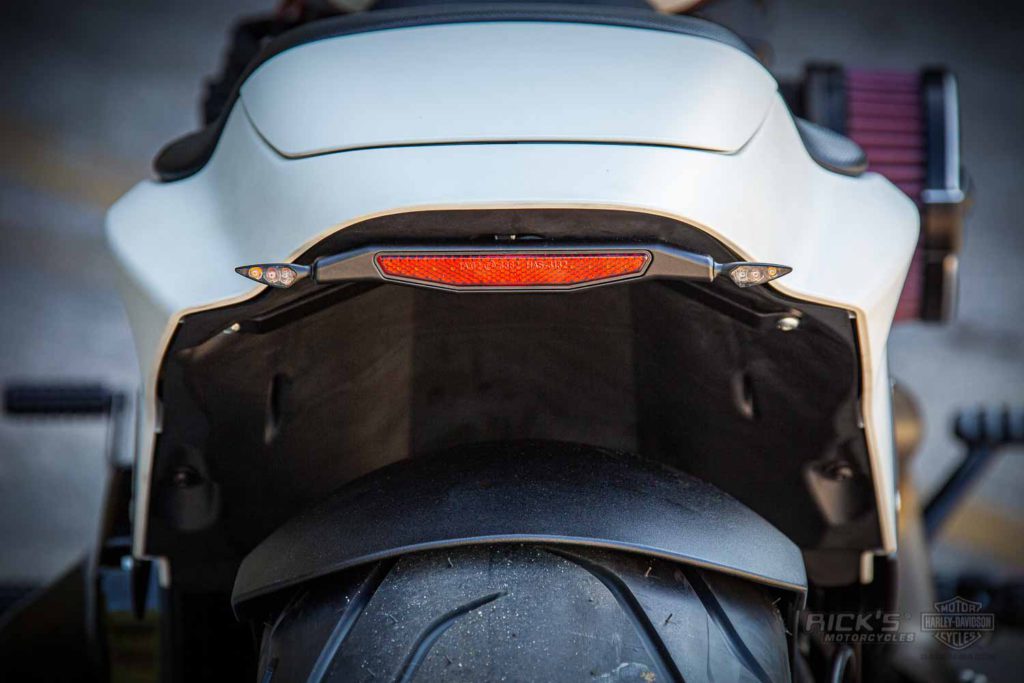 Now arises the question how indicators and rear lights can be attached, but also for this Rick’s found a cool solution…a completely new holder, which can simply be screwed under the rear part, and which also accepts the stipulated reflector. At the ends, the tiny Kellermann Atto, or the here used Rhombus S 3 into 1 light can be used. Indicator, brake light and rear light are therefore in one housing which come with an ECE test certificate, legalizing the use on European roads.

The license plate is now situated on the side and mounted with an elegant, machined license plate holder, which was adapted to the FXDR’s swingarm contours. The belt cover is no longer stock either. Rick’s made his own from stainless steel, which is being used here with a matt black coating.

At the front end is a further highlight. The fender was also specially developed for the FXDR and now only covers the utmost necessary parts of the tire. Since indicators at the front are compulsory, Rick’s FXDR does, of course, also have them. But instead of the large stock version, thanks to the minimalistic design of the Kellermann Rhombus S, the look has been kept more subtle. Rick’s has also developed a holder for this, which fits perfectly in the stock location. Optionally the Kellermann Atto indicator can be used here. 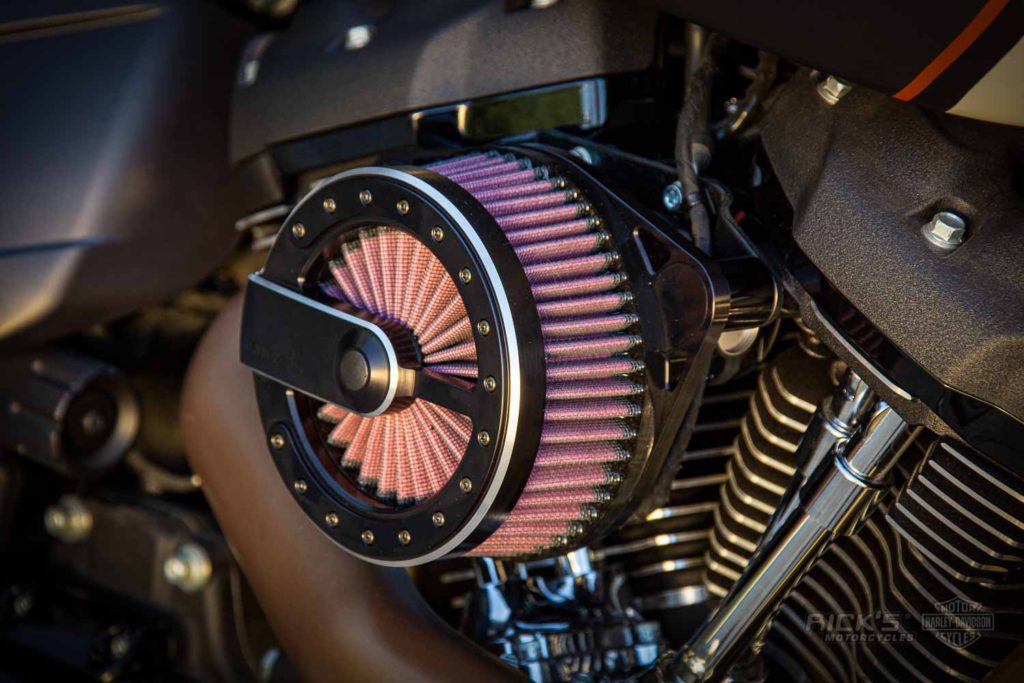 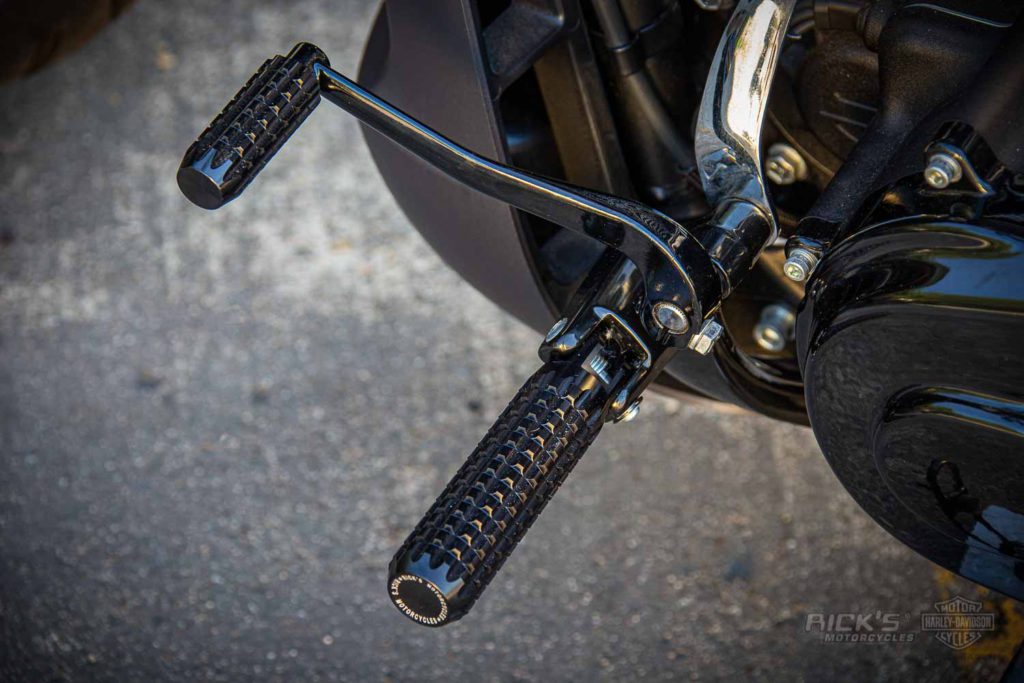 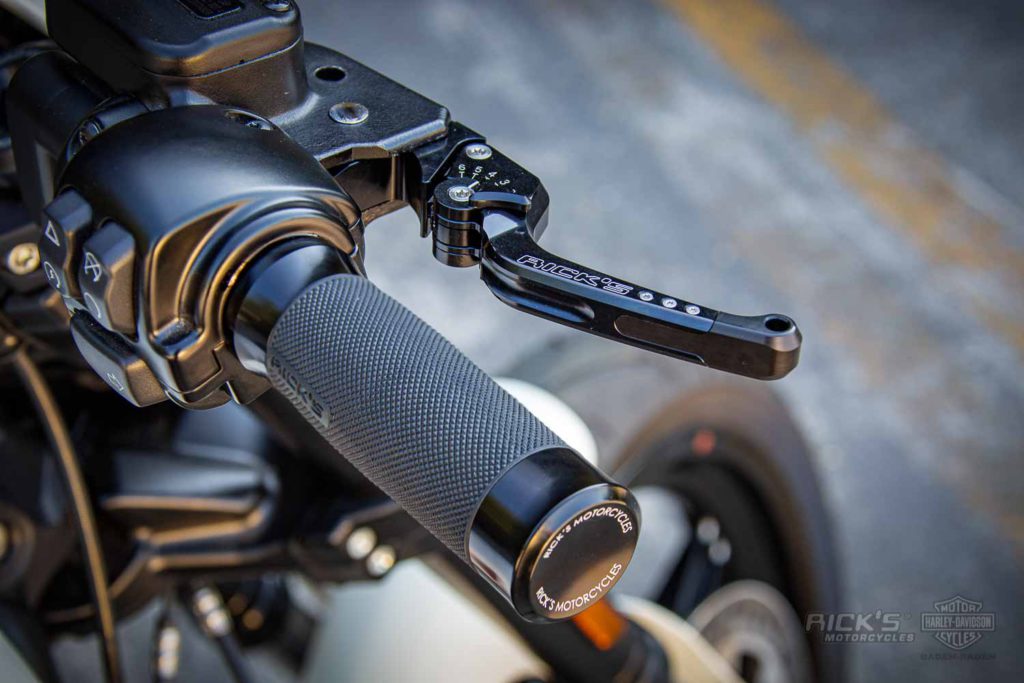 The parts from Rick’s program fit on almost all Milwaukee-Eight Softails. With the new model year, Rick’s has also developed a new foot control design called AK7.4, which were mounted in black here. Rick’s air filters are by now real classics and the one used here is called “Bandit” and is, of course, also available for the Milwaukee-Eight models. The same applies to the adjustable brake and clutch levers. Used here are black ones, which are also available in bi-color or single color. The rubberized hand grips are also from Rick’s parts program and not only look good, but also provide more hold and grip comfort.

Another highlight is hidden behind the clutch cover. The derby cover, which thanks to the Macrolon window gives a view onto the clutch interior, is already available from Rick’s for the Twin Cam models, but for the new engines the design was revisited and the clearly three-dimensional design is now also available in bi-color.

As can be seen, there are not many modifications needed to improve the FXDR’s look, and the aim to keep the character of the FXDR series was also achieved.