The new Harley-Davidson Breakout models are not necessarily bikes which are used for extra wide tire conversions, but the customizers from Baden-Baden have shown that it doesn’t always have to be a Fat Boy and have customized a Breakout with rather fat tires. 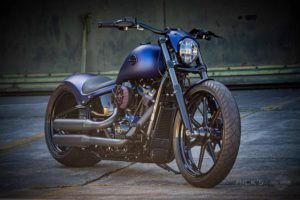 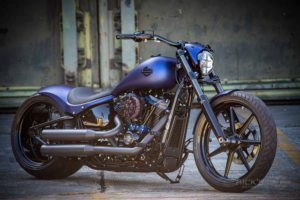 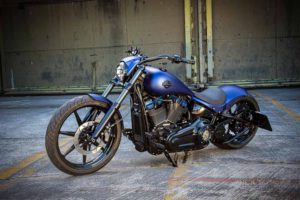 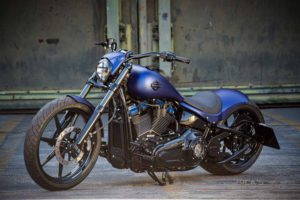 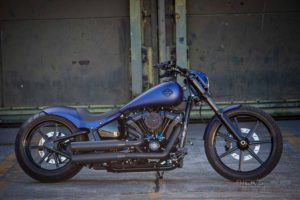 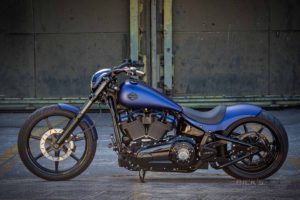 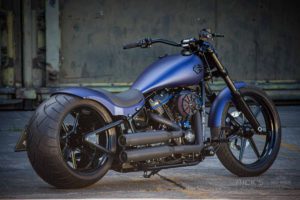 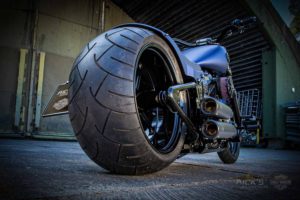 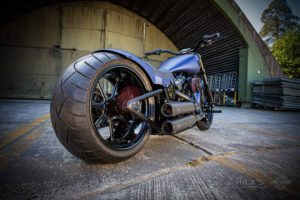 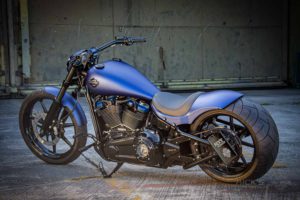 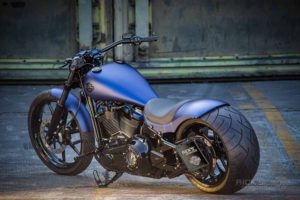 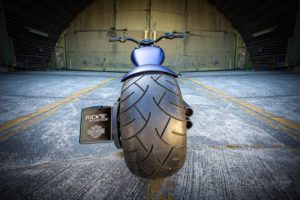 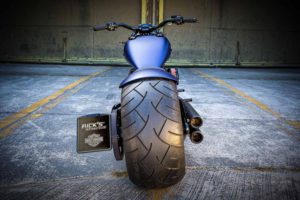 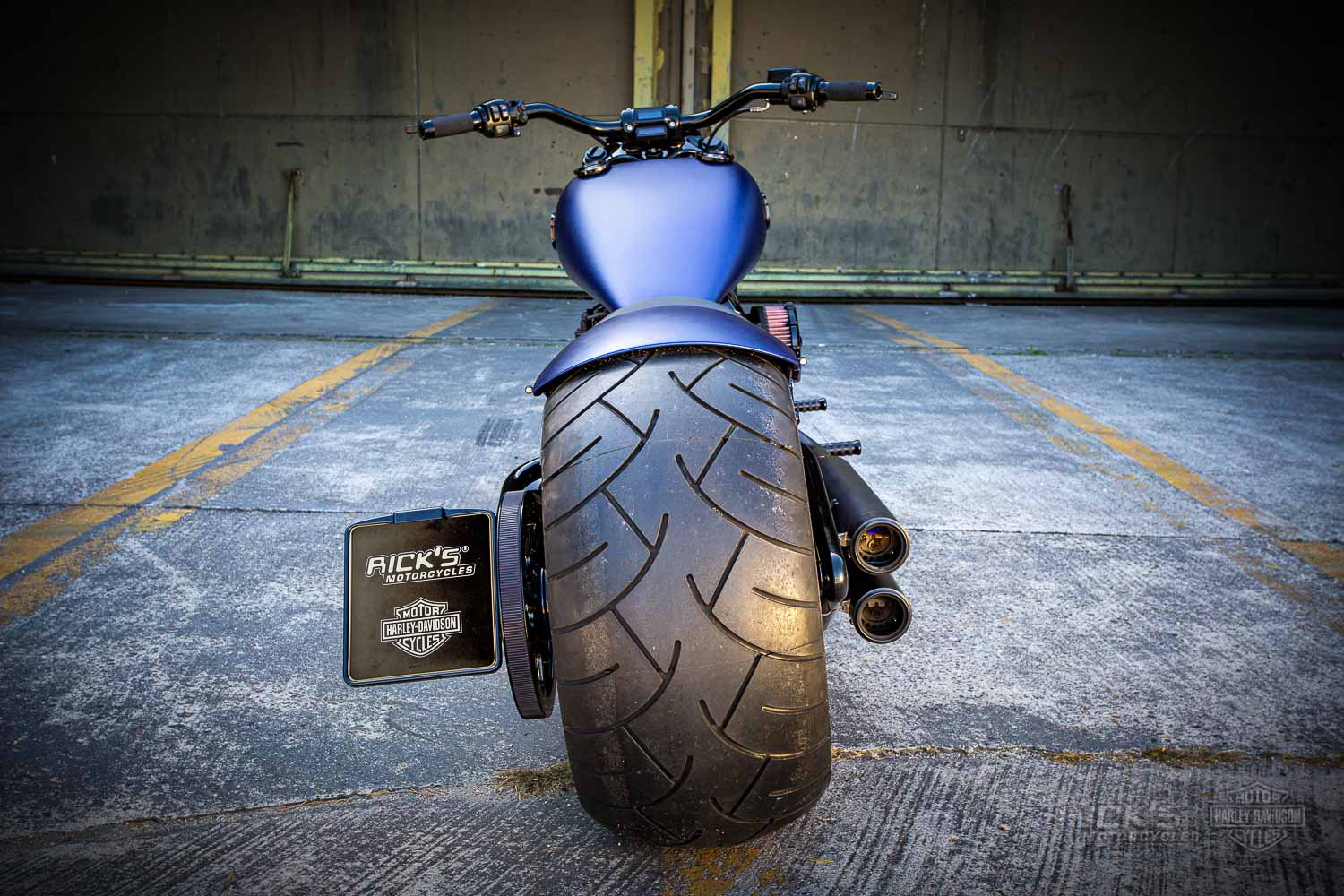 To put a 300 tire into the stock swingarm is simply impossible, and so is putting a wider swingarm into the frame, as the belt would touch the much wider tire. In order to solve the problem, Rick’s Motorcycles has developed a kit with which the wheel can be mounted centered and the belt can be led past the tire. With this kit, the long stock belt is converted into two shorter ones with which the stock position can be located to the outside. But what sounds so simple is really a technical masterpiece. Rick’s already offers this system for the Twin Cam models, which has been used many times. For the Milwaukee-Eight Softail models only the idea could be used, apart from that it’s a completely new construction. In this way almost all tire widths up to 360 can be mounted at the rear. On this blue Breakout a 300 Metzeler was used, and in combination with Rick’s swingarm kit, the bike runs smoothly even in tight bends.

The wheels, by the way, are Rick’s design wheels, fully machined from one piece and called “Seven Sins”. If you are looking for the brake at the rear wheel, this has been located to the left side and therefore allows a clear view onto the wheel on the right side. Pulley and brake disc are matching the wheel design, and both are also found in Rick’s parts program. 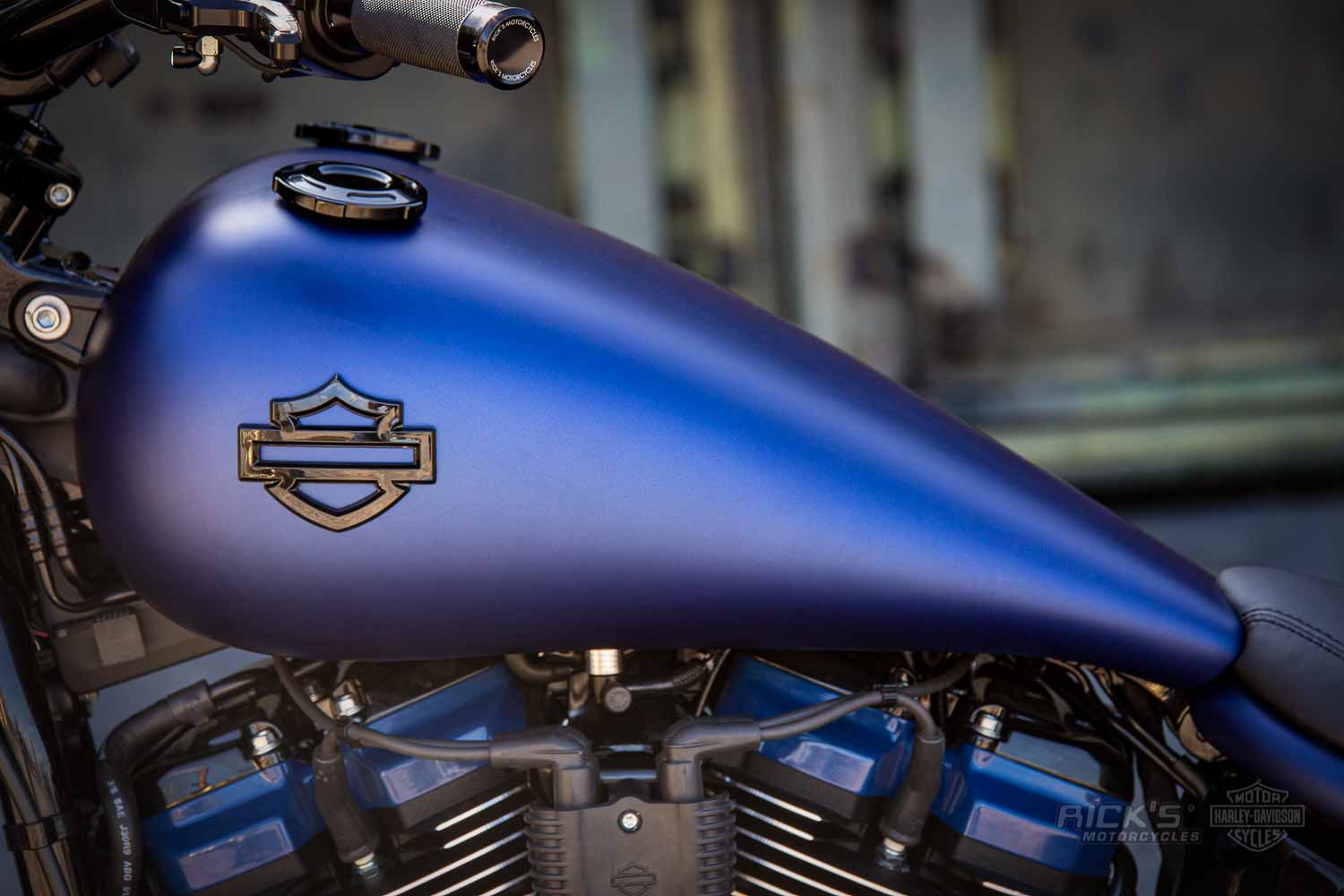 Now to the shape defining elements, the chassis parts. A wider tire also means that a new rear fender is needed, and this one looks like one piece with no visible edges. This version has an integrated frame cover and hides the frame tubes under the seat. The tank is also a new design with an elongated reservoir, which does not increase volume, but has a long teardrop shape, integrating better into the bike’s lines.

The small “Windspiel” covers the ugly back of the headlamp and is also from Rick’s. The same applies to the front fender. The fenders for the Breakout models have been constructed in a short and a long version, and on this model the long version was used. 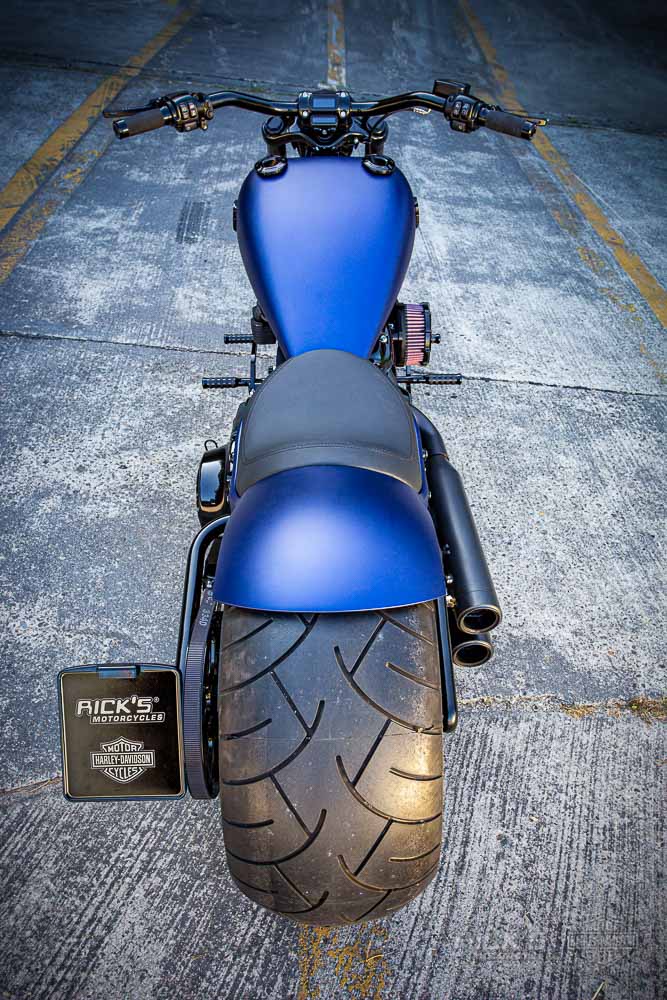 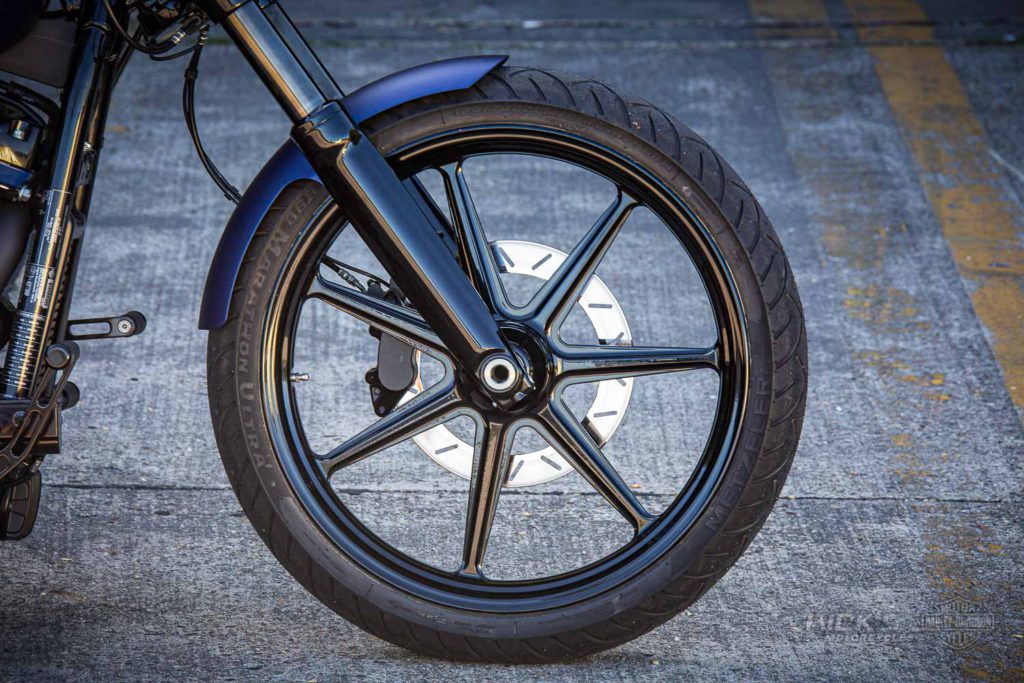 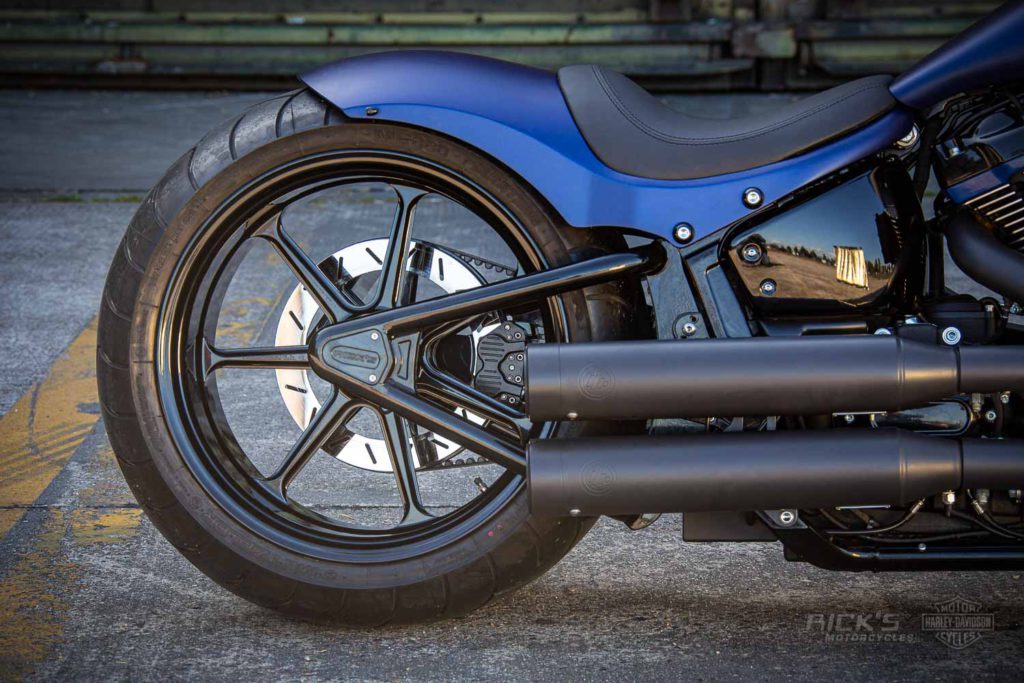 An adjustable exhaust system from KessTech and a Rick’s performance air filter, also matching the design of the wheels, complete the bike. That leaves us to describe a few other “goodies” like Rick’s rubberized grips or the adjustable brake and clutch levers. Rick’s derby covers give, thanks to a transparent Makrolon window, a clear view onto the clutch mechanics. A further highlight are the foot controls, which Rick’s offers in three versions, in OE position, in +2″ and in +4″ for extra long legs.

The indicators are also worth a closer look. At the front tiny Kellermann ‘Atto’ indicators were mounted, which are E-approved and therefore road legal. So that they can be mounted in the first place, Rick’s has constructed an adapter which can easily be fixed with the mirror screw. At the rear there is also a Kellermann ‘Atto’, but the 3 in 1 version. Also road legal, this combines indicators, rear light and brake light in a tiny housing.

It doesn’t therefore always have to be a Fat Boy in order to create an extra fat custom bike, and with this Breakout, Rick’s has presented a really good looking alternative.