Cream of the Crop

With the Fat Bob from model year 2018, Harley-Davidson has created a real hit. The design reminds us of the lines of American retro muscle cars, which are also in presently. Rick’s Motorcycles has developed various parts for this bike, which all add a bit of icing on the cake. The result is a matt black custom bike, which not only looks impressive, but is also very fast. 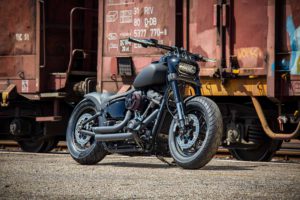 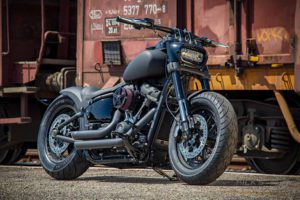 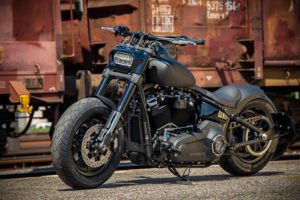 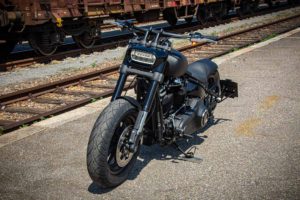 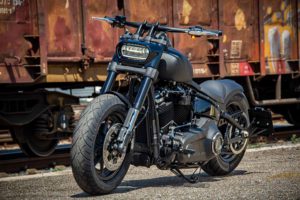 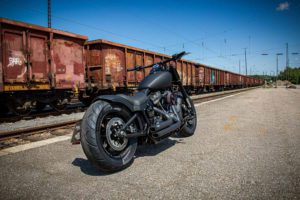 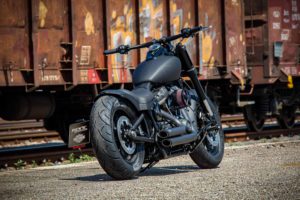 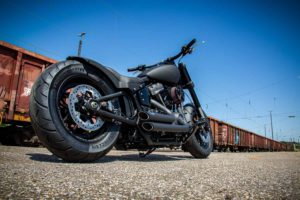 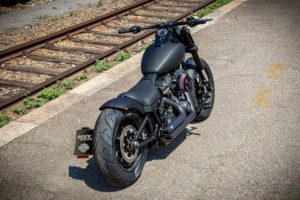 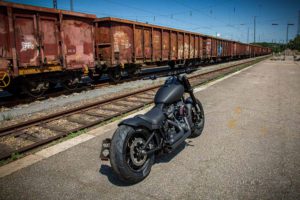 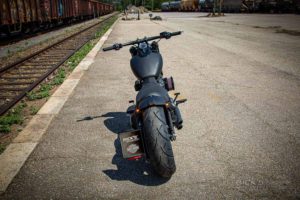 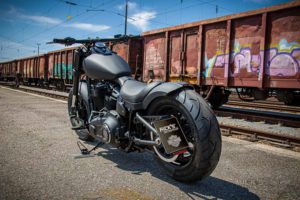 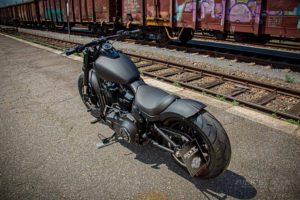 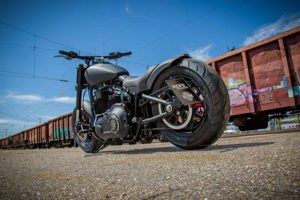 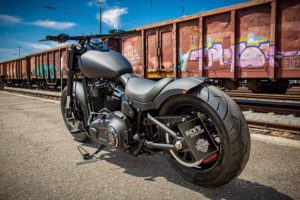 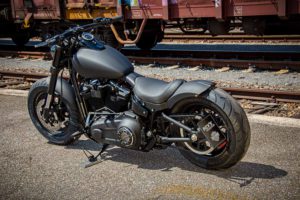 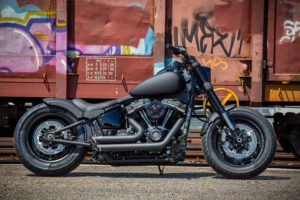 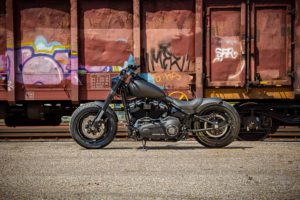 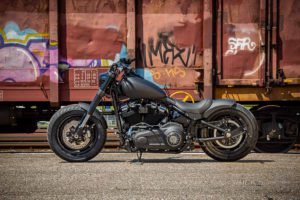 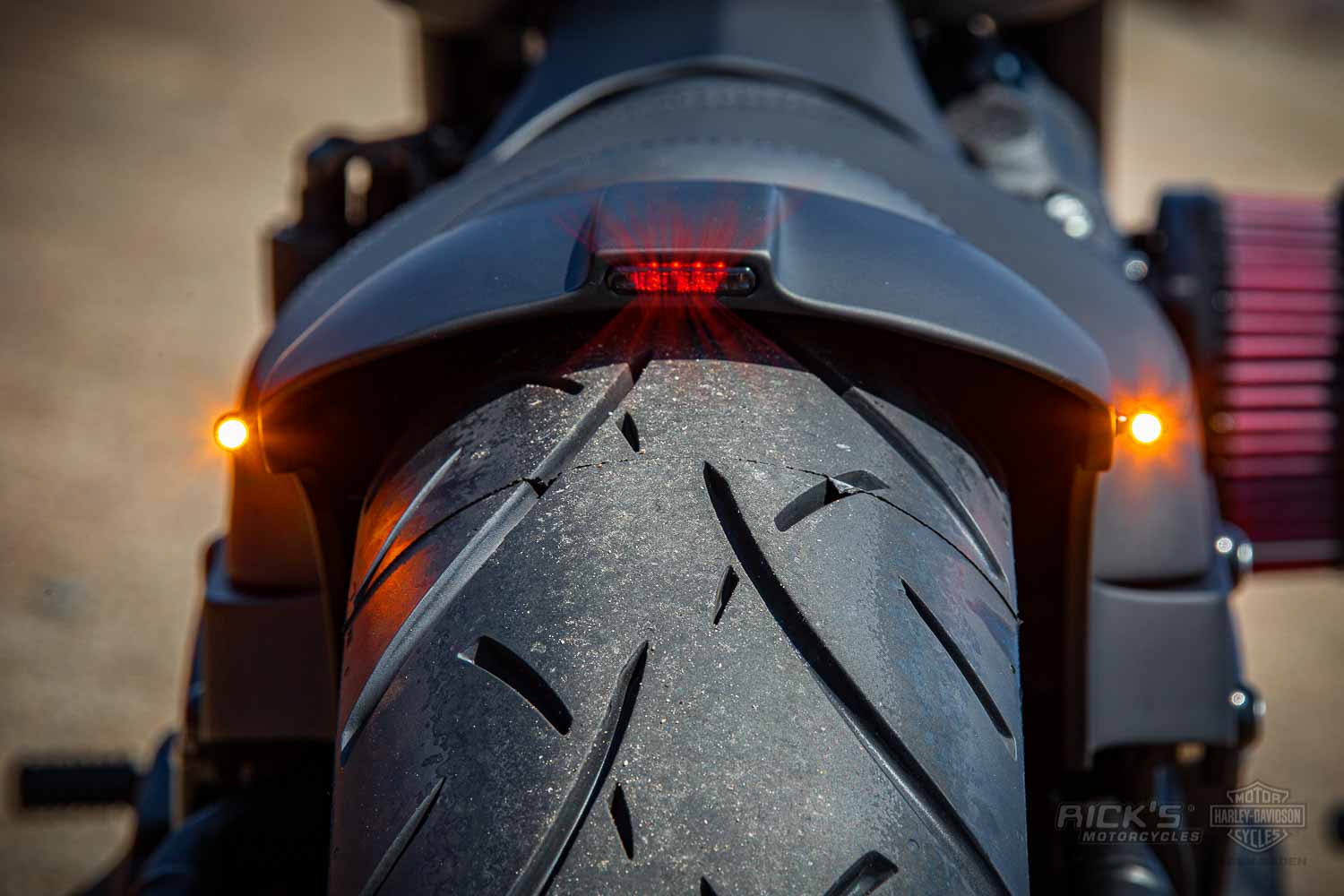 Rick’s has made a new fender for the front end, which now  hugs the contours of the tire more closely. For mounting it, the stock fixing points can be used, but it presented a real challenge for the engineers at Rick’s. The whole fender is made from steel and has covers which protect the fork tubes from stone chips. Even if these have only slight blemishes, this could mean damage to the fork sealing ring and the loss of the fork oil. Adding to this Rick’s high quality and design demands, it presented the product designers and constructors with a real challenge, but the end result is impressive.

The rear fender is also a real masterpiece, which is mostly handmade in the workshops in Baden-Baden. In addition to a smooth version as basis, Rick’s also offers all fenders with the additional option of an integrated rear light housing. This extra perfectly matches the design of the new Fat Bob and makes the rear end a real looker. This option has been available at Rick’s since the late nineties and can therefore be found on many Evo, Twin Cam and Milwaukee-Eight models. In addition, Rick’s has used Kellermann Atto rear lights which, in small housings, have a 3 into 1 light unit installed, which contains brake and rear light as well as the indicators. Thanks to an ECE test certificate this is legal on European roads.

Kellermann Atto indicators were also used at the front. In order to mount these nearly invisibly below the grip instruments, a special holder was developed by Rick’s. The adapter is simply fixed with the mirror screw, which makes for an elegant solution. 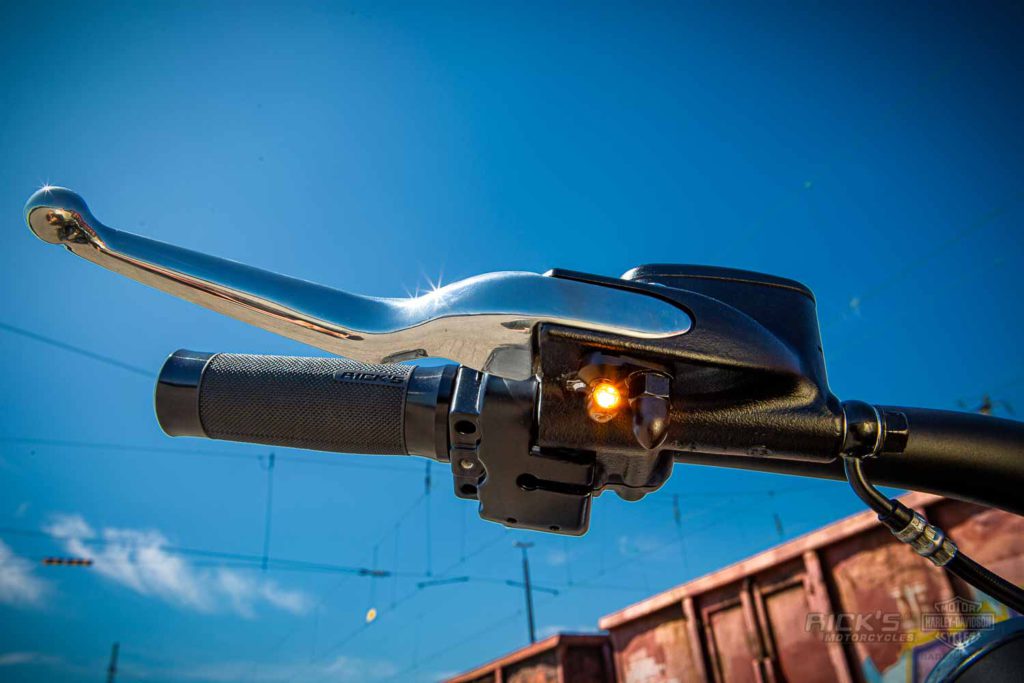 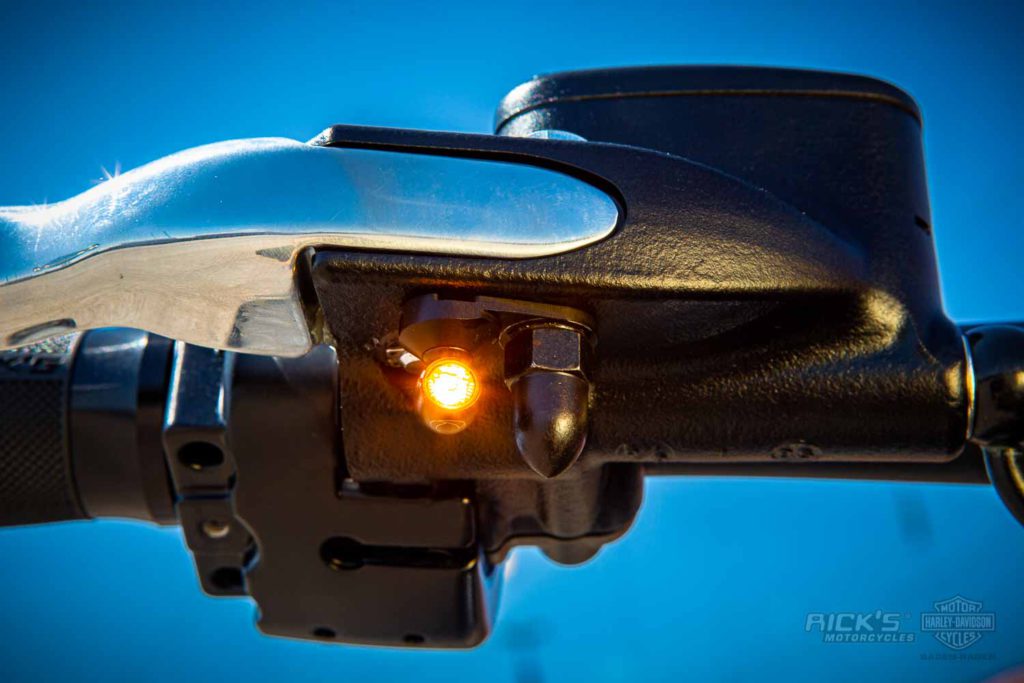 Up to now we described the most important highlights, but also on this bike a second or third glance is worth it. The air filter is from Rick’s portfolio as well and offered under the name “Apollo” for almost all Harley models. The derby cover is new in Rick’s program. Fully machined from aluminum in a trendy bi-color look, it offers a clear view of the clutch mechanics thanks to a clear Makrolon window. Hardly noticeable but still worth a look are the grips. Rick’s offers these grips for electric as well as for models with a throttle cable. The shape and the rubberized surface ensure a safe and firm grip.

We could go on describing the parts used on this bike, but we won’t as you have two eyes with which to see for yourself, and we have documented everything with numerous photos. Should you have further questions, just click on the question mark on the right side of the photo…

Cream of the Crop