The former V-Rod models have no doubt left a gap in the model range of the Company, to be filled with the Harley-Davidson FXDR 114, and in August 2018 they presented the successor of the power cruiser. The reactions were similar to the ones shortly after the turn of the Millennium when the first VRSC models were introduced as a new type of motorcycle.

The FXDR has a new Milwaukee-Eight motor and is based on the new Softail frame of the 2018 models. New are especially the chassis parts as well as the swingarm and the exhaust, including the pipe. The new design has little to do with the VRSC models and is far removed from the concept of the former V-Rod models, it has, however, a very distinct line.

Only the bottom protection element, better known from 30 plus ton trucks, does not really fit into the straight lines, and all four indicators seem to have been borrowed from use in freight traffic. 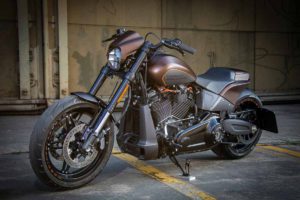 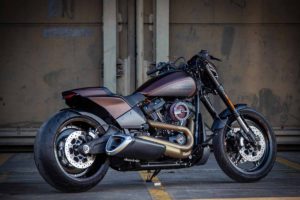 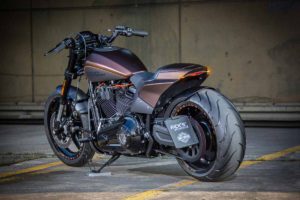 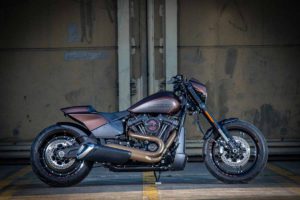 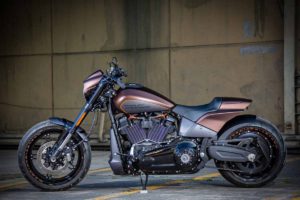 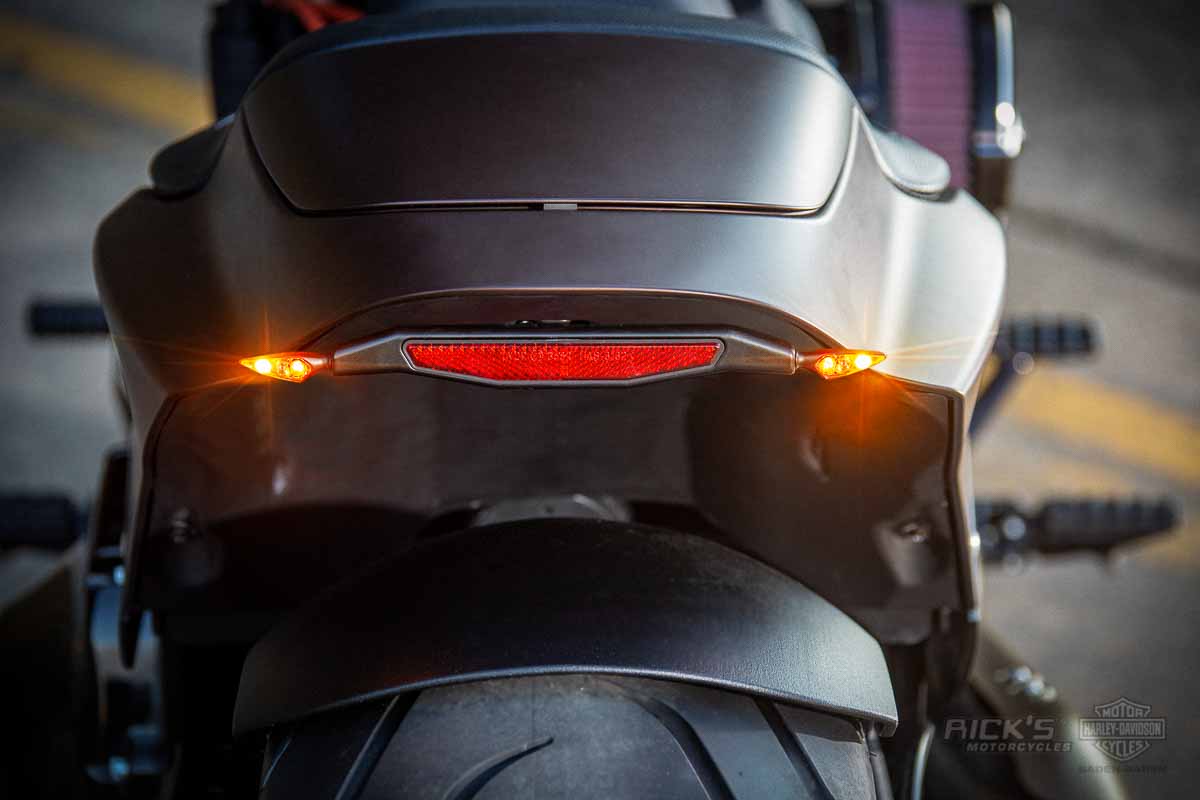 Rick’s scanned, investigated and digitalized every part of the FXDR 114 to be able to construct new parts on the computer. That the rear bar was in the way was clear to all, however, taking it off posed new problems that had to be solved as attached to it are not only the licence plate but also the rear light, including the indicators, not to forget a thin wheel cover, which covers a large part of the tire. Therefore replacements had to be found which were not only functional, but better fitted into the design scheme and complied with Rick’s typical expectations in terms of perfection and design.

Starting with the probably largest indicators ever, which seem to have last been used in this dimension in the 80s, new ones didn’t have to be invented, but are already being made by specialists who, with modern LED know-how, make very small ones with an appealing design. Kellermann in Aachen make the ‘Atto’, a very small 3:1 indicator, which is hardly bigger than a cherry pip and thanks to an ECE test mark is legal on European roads. However, for the FXDR project Rick’s Motorcycles decided to use the slightly larger ‘Rhombus S’, because its look fits the lines of the bike better. 3 into 1 means indicator, rear light and brake light in one housing.

This eliminated the lights problem, but how to fix them to the bike? For this purpose, Rick’s developed a holder, solving this problem in a simple way. Machined from aluminium, it seems to be floating below the rear, is, however, fixed with a special holder onto the existing mounting points positioned to comply with the German registration laws. These laws also require the bike to have a reflector, which has to be mounted in the center of the wheel axle. Rick’s uses the distance between the indicators to integrate the necessary reflector beautifully.

To use the fixing points of the stock version is a good idea because mounting the new parts is then very easy, which was also considered for Rick’s new wheel cover. The steel fender’s rounded shape hugs the contour of the tire, which covers it as little as possible but as much as needed. 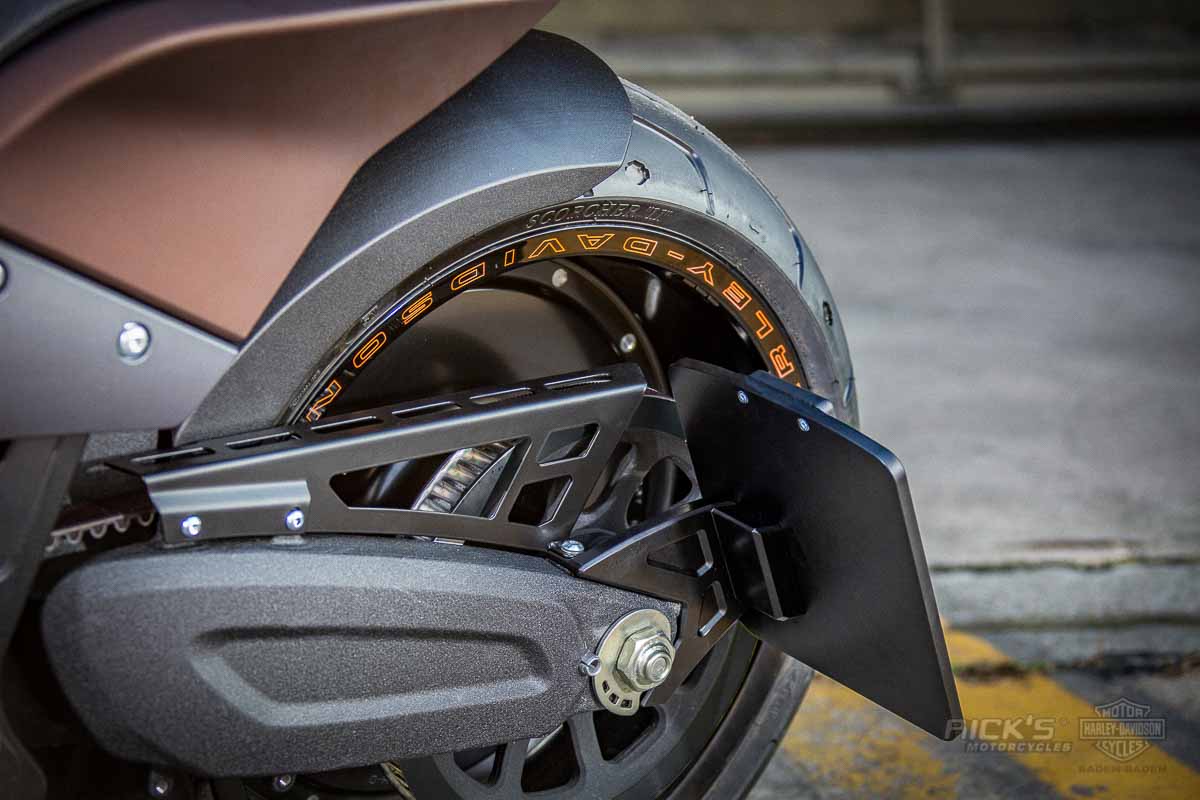 All that remained was to attach the licence plate in style, and thanks to the side mounting, the view onto the rear wheel is hardly obstructed. The holder is a nicely shaped, machined part, available in either a long, legal version, and for all who do not have to comply with European laws, also in a short version. Together with Rick’s machined base plate and integrated licence plate illumination, the necessary licence plate holder becomes a good looking design element.

And since we are talking about design, we don’t want to forget to point out the belt cover, which Rick’s developed especially for the FXDR…sometimes it’s the small, finer details which determine the later look of the bike. 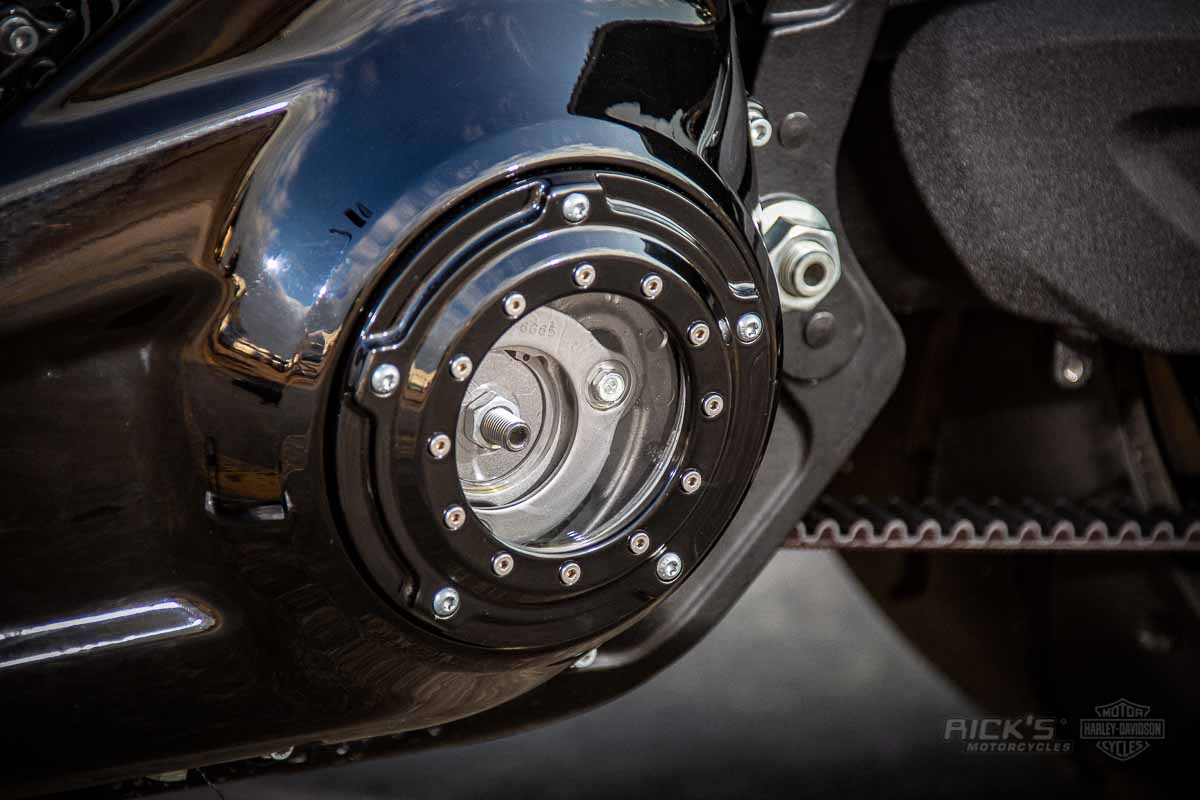 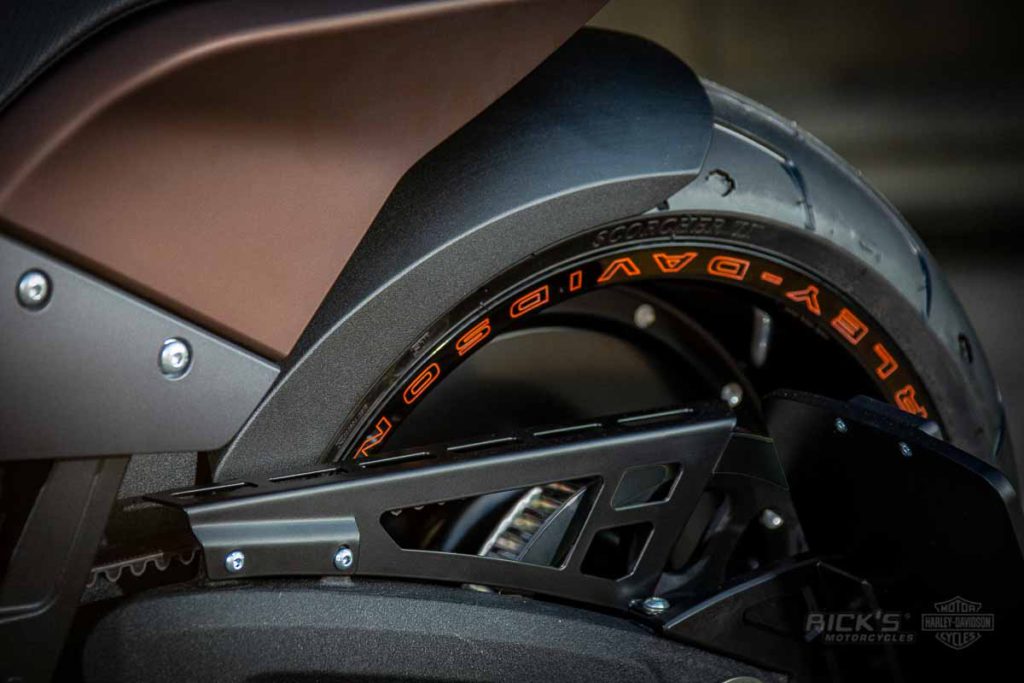 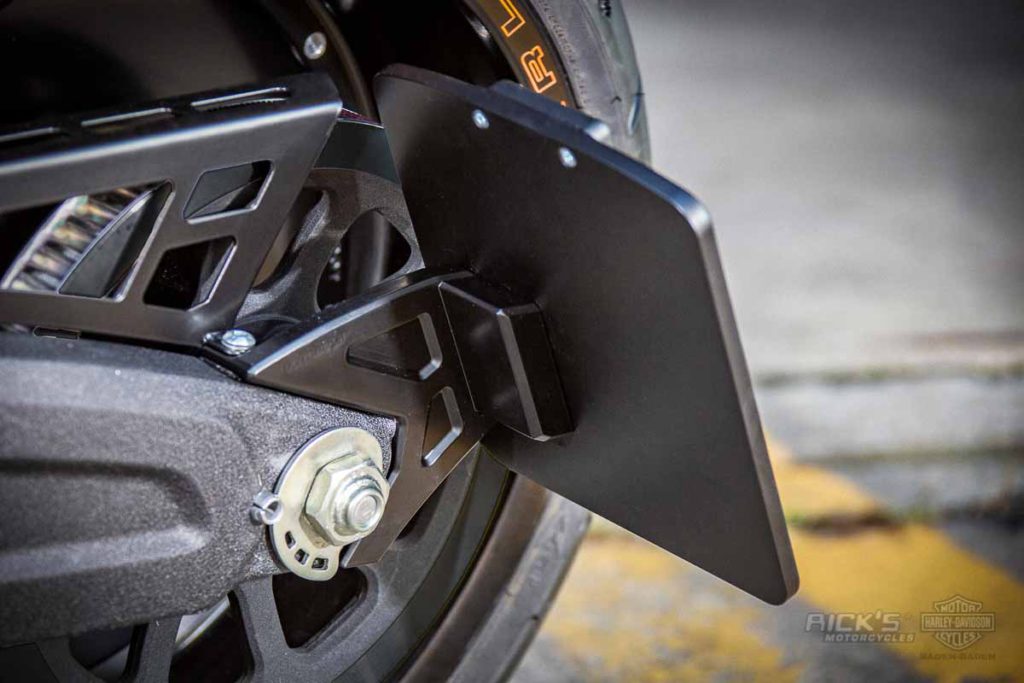 We have described how to solve the indicator problem at the rear, but also the front lights had similar and not very nice dimensions. When taking the stock lights off, there are not many possibilities to attach the filigree Kellermann lights, so Rick’s has also developed an adapter for Kellermann ‘Atto’ and ‘Rhombus S’ lights, which gets simply screwed onto the existing fixing points. The new indicators then fit perfectly with the black, machined aluminium part.

All that remains is to point to a further detail part, which has its premier on this bike. Thanks to an integrated window, Rick’s clutch cover allows a clear view of the clutch mechanics. This cover has since Evo times been a real hit in Rick’s Motorcycles’ parts range. For the new models from 2018 the whole part was redrawn and refined, and the new covers are also offered by Rick’s in matt black, shiny matt and polished.

Rick’s Motorcycles’ FXDR interpretation was an instant hit, and the many small detail changes mean a massive improvement of the total look without altering the original design line.