The Harley-Davidson Heritage Softail is in stock trim a bike with an extremely classic look. What is for one person the epitome of a timeless Harley is for another one a really boring bike. Rick’s Motorcycles looked a bit closer at the bike and quickly realized its potential. With manageable cost and effort, this should easily become a trendy bike in the Chicano style. 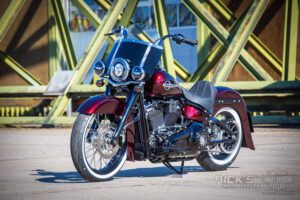 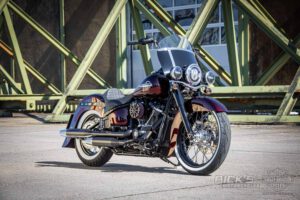 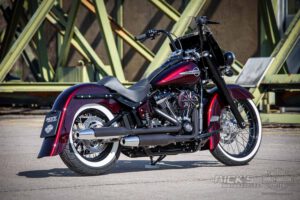 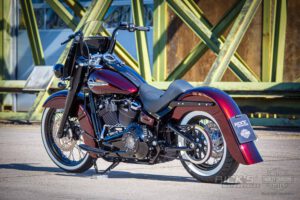 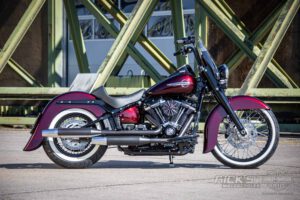 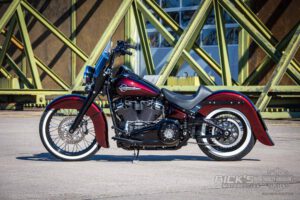 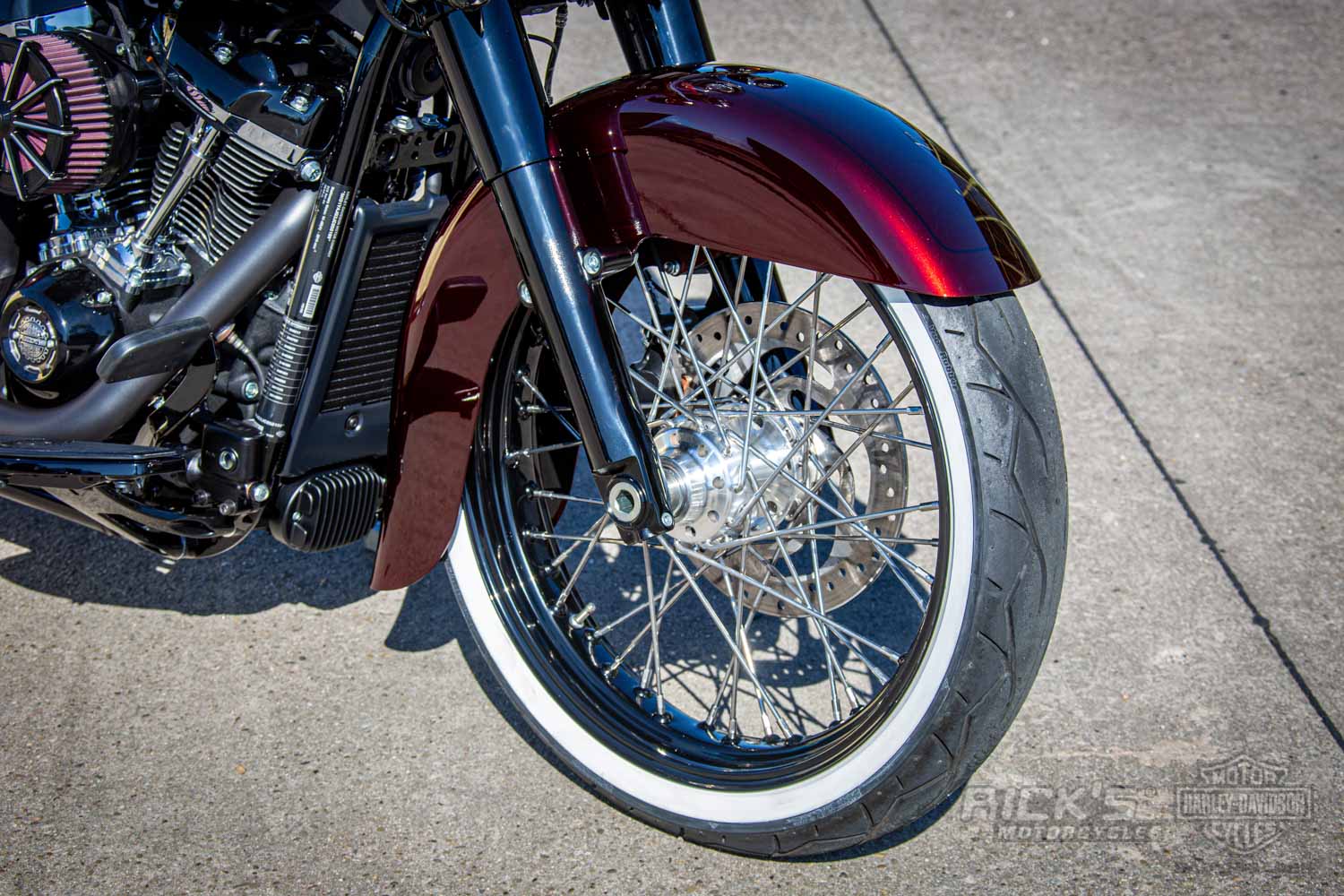 The subject of the manageable cost and effort can be taken literally. What actually is the Chicano style? It’s mainly the long, stretched fenders, front and back, which end in a soft curve. Both fenders were made by Rick’s.

Looking at the front wheel it is obvious that this is no longer the stock wheel. Instead of the original 16-inch stock wheel it now features a much larger spoke wheel from TTS Motorcycles, who make spoke wheels in various dimensions. For Rick’s it had to be a 3,5 x 18 inch wheel with a shiny black coated rim and polished stainless steel spokes. The classic look is additionally emphasized with matching whitewall tires from Vee Rubber. 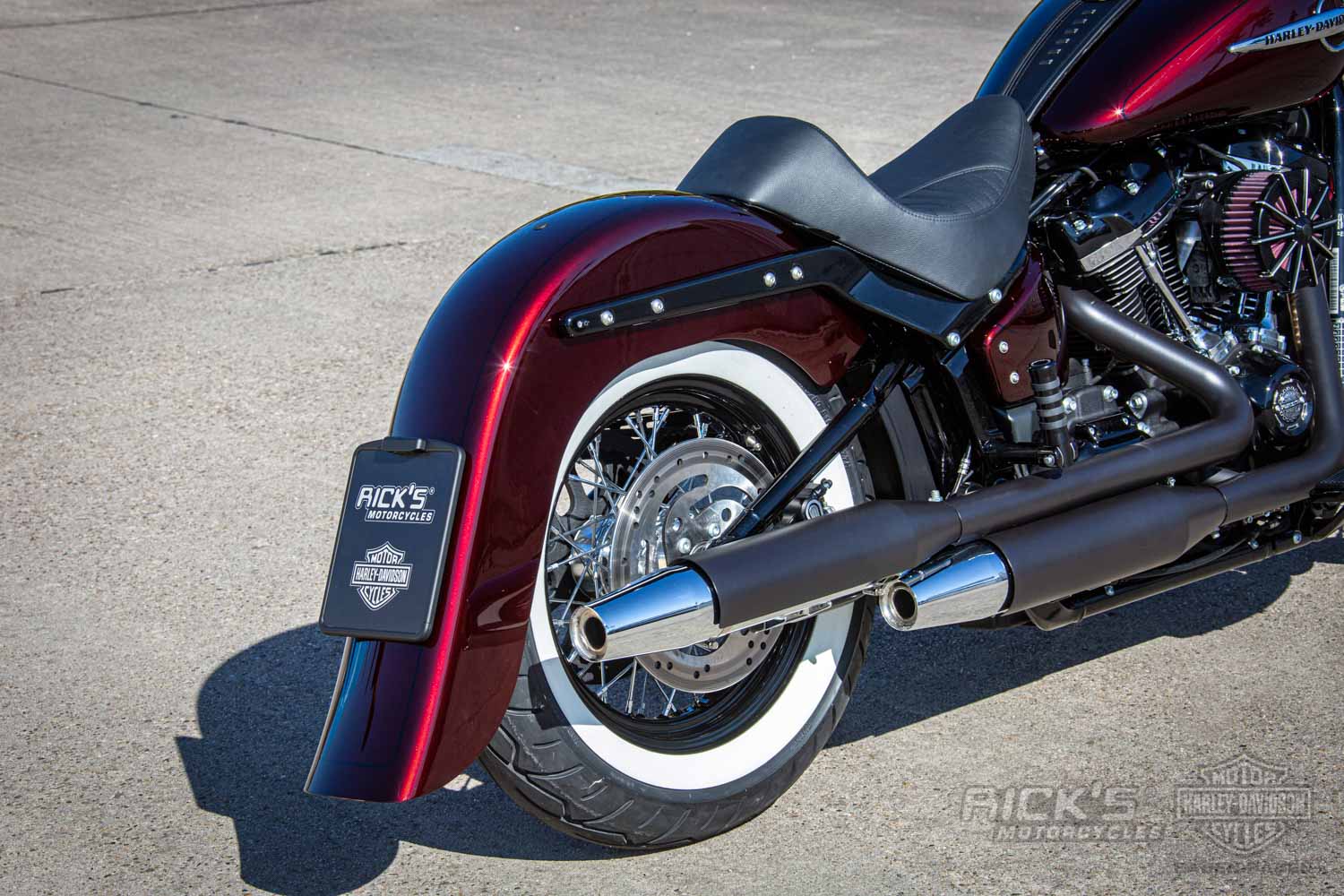 The disc also seemed too high to the boys from Baden-Baden and could not remain like that. The acrylic glass was shortened in height by more than half and now looks better. Part of the Chicano style is actually also an over-long exhaust system, preferably with fishtail end caps. But this extra was here deliberately not added. On the one hand there is a lack of approved systems and on the other new, extra long pipes, including new exhaust holders, would raise the price for the later bike disproportionately, and the aim was to keep the cost manageable. But the stock system, which is being re-used here, is by no means a lazy compromise. 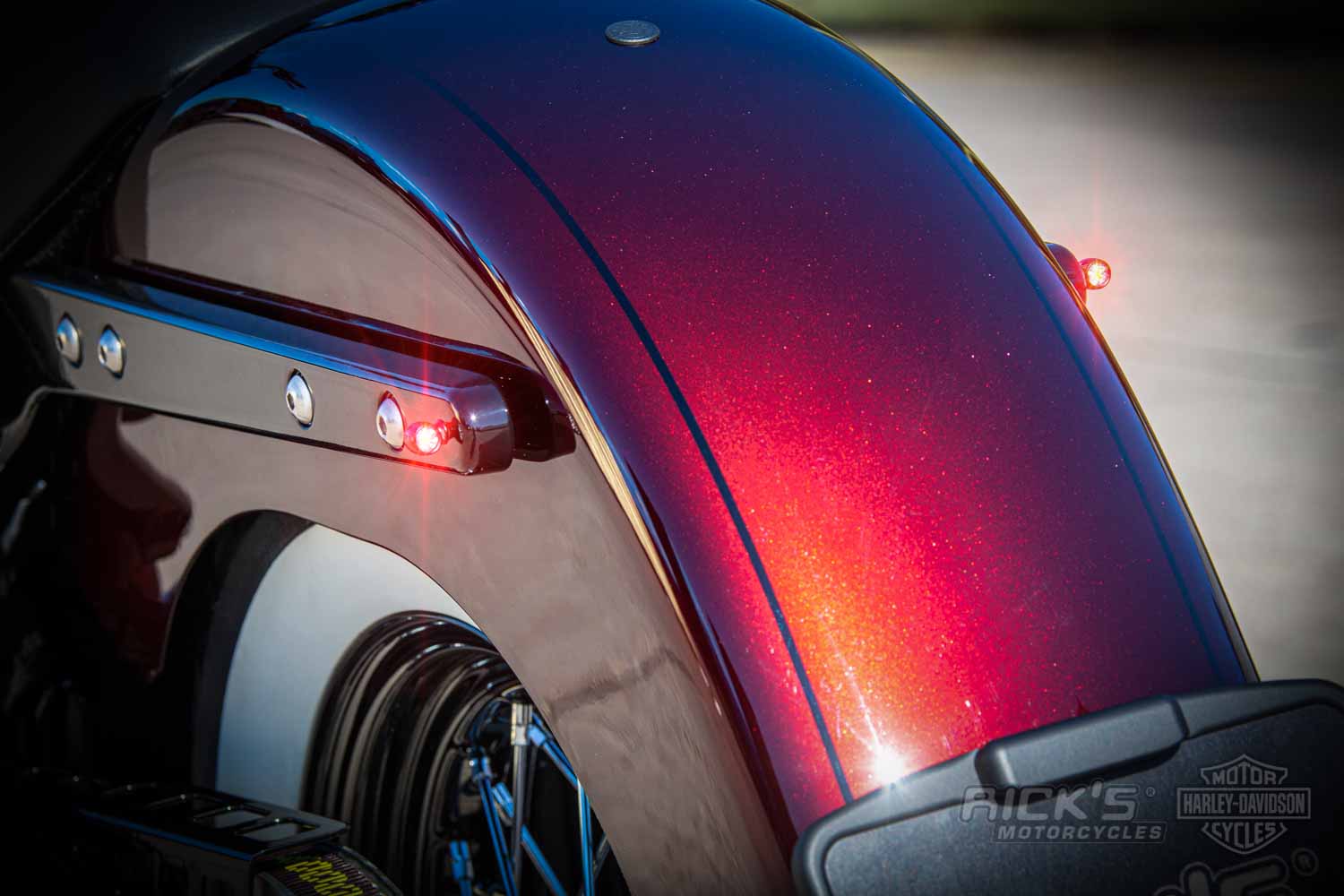 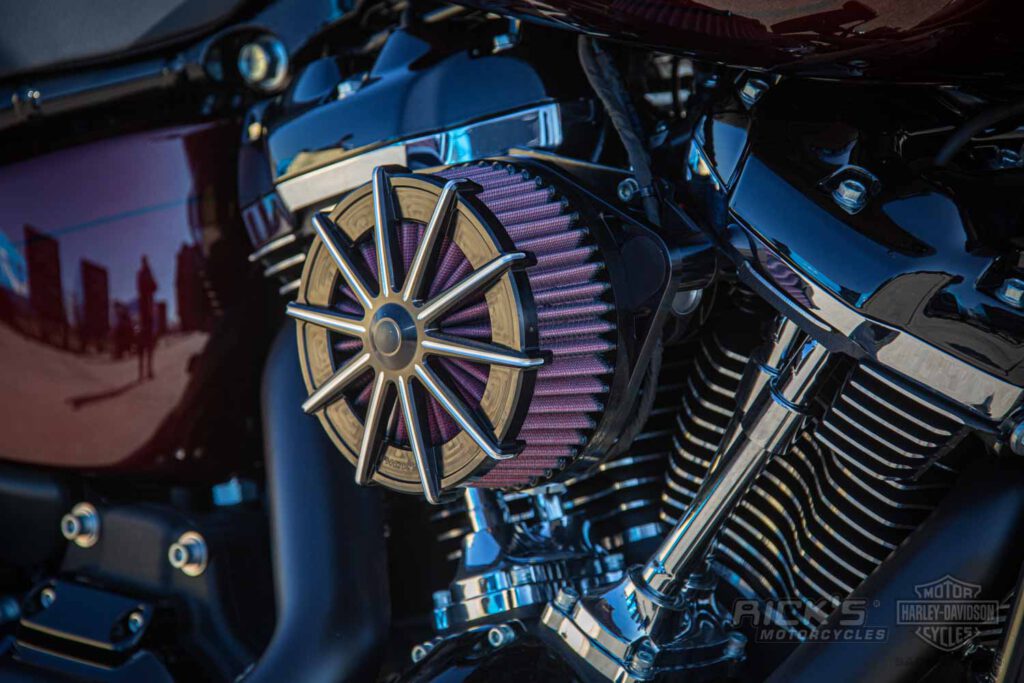 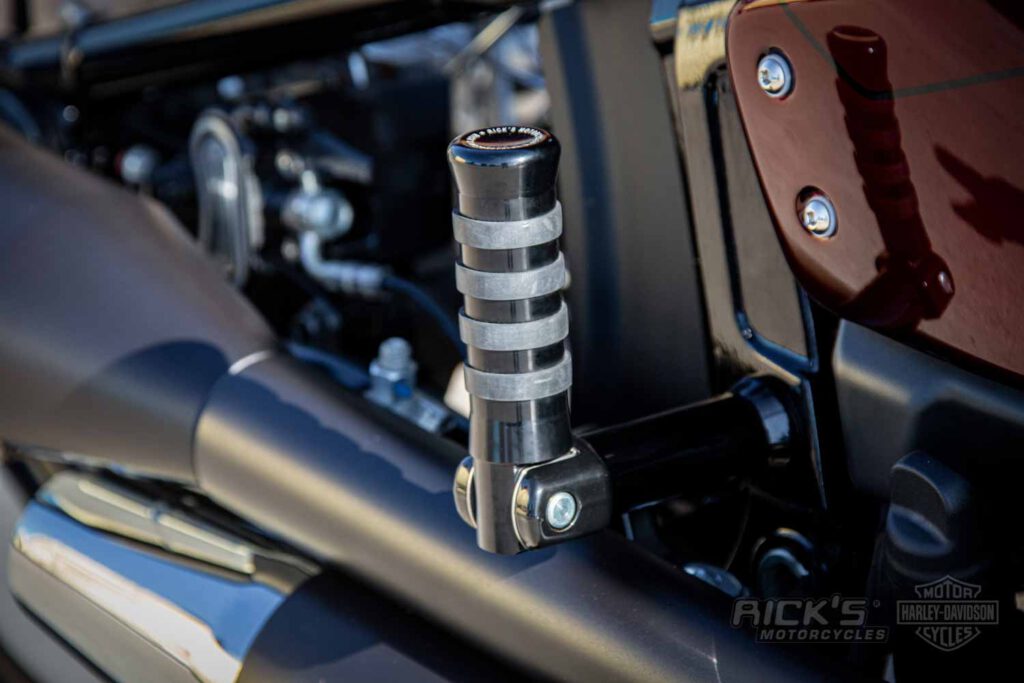 Up to here, this is already a respectable custom bike which could easily do without the other parts that were used. But, as is often the case, the accessories used are the small highlights which make the finished bike into something special. Therefore, the most important parts should also get a mention, starting with the air filter, which is, of course, from the Rick’s Motorcycles parts program. Rick’s offers flow optimized air filters in eight different designs for almost all Harley-Davidson models. Here the design Spoke bicolor was used.
New grips were needed, and these also come from the Rick’s parts range, as well as the shift peg.

Rick’s license plate base with inset is an excellent opportunity to make the license plate stand out. “With inset” means that the license plate can be inserted into the base plate from the bottom. The opening is covered with a machined, exactly fitting cover and the plate secured. This base plate is available in three different versions at Rick’s. All three have a license plate illumination. In addition, there is a choice between a version for the Kellermann ‘Atto’, which already has integrated housings for an indicator, brake and rear light combination, and the here used version without indicator. Instead Kellermann ‘Atto’ 3:1 indicators were mounted on the struts.

Rick’s has kept its word and delivers with this Heritage conversion an outstanding custom bike that can be created with minimal cost and effort. And to be honest, El Patron has nothing any longer in common with the conservative look of the Heritage!